UK troops landed at Rotterdam in the Netherlands on Wednesday as German tanks boarded a cargo ship on their way to Norway for Exercise Trident Juncture 2018 – NATO’s largest since the Cold War.

Over the next few days, 70 Foxhound, Husky and Landrover vehicles will make the 2,000km journey from the Hook of Holland harbour through northern Europe to Norway.

The UK convoy’s move through the Netherlands, Germany, Denmark and Sweden will test how efficiently soldiers and equipment can move between European countries.

It will also test customs, border regulations and infrastructure’s ability to cope with rapid and heavy troop movements.

“Military mobility is vital, especially to reinforce in a crisis. That’s exactly why we exercise it,” said NATO spokesperson Oana Lungescu.

“Over the past few years, NATO has made real progress in improving our ability to deploy troops quickly across Europe. We are overcoming legal hurdles and cutting red tape, including by working closely with the European Union. Looking ahead, we aim to further reduce border-crossing times (clearances within five days by the end of 2019), identify alternative supply routes, and exercise even more to practice military mobility,” she added in a release.

Around 50,000 troops and 10,000 vehicles from all 29 NATO countries, as well as Sweden and Finland, will come together for the Trident Juncture exercise, which starts in Norway on 25 October.

So there will be 10,000 vehicles, and Britains only bringing 70!! I hope we have helicopters and other hardware involved! We must be one of Europe biggest millitary powers…

One of? We are THE European military power

No we aren’t you ignore the French capabilities , there are different strengths from country to country . Really that ” big Billy bollox” attitude continues to get us into trouble . Post Brexit – we WON’T be able to compete when you strip out the 2 aircraft carriers ( still minus plane + 1 not in service) and the submarine fleet . Are we still the strongest when the former is not yet battle ready and the latter would I hope never be used .

That comment is like looking through a microscope ignoring other domains. Will all 29 countries be exercising their CVN, T45 type, T26 Type, intell capabilities, C3, Cyber, SF, Strategic lift, and countless other capabilities we have that they don’t? No because most do not have them. Like we don’t have a large army, especially one fitted for rapid deployment to places like Norway and fully fitted with a range if wheeled vehicles. Your sniping comment also ignores whether those NATO countries also have assets in Oman, off the US east coast, and many other places elsewhere. Again the answer is… Read more »

I’d also add I would think it likely most of those 10,000, if that’s not an inflated figure, are from the host nation, France, Germany, or the USA.

Who else of 29 nations, many small, has the strategic means to move so many and the logistics to back up such a move?

Good points Daniels but just to be pedantic we don’t have T26s yet and won’t for a few years yet. 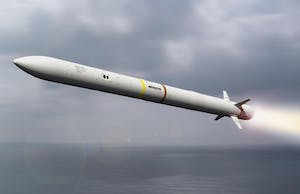