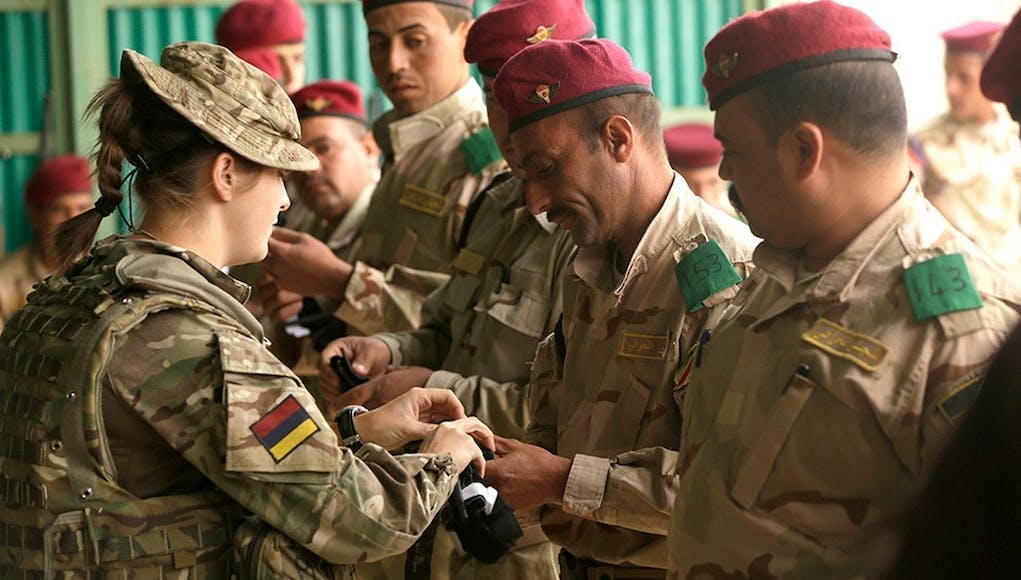 Britain is to increase its training support to Iraqi forces taking the fight to Islamic State, the Defence Secretary has announced today.

According to a Ministry of Defence press release, the UK will be expanding the significant capacity building mission already underway, the UK will send around 50 additional trainers to the Al Asad Airbase in Western Iraq to provide instruction on countering improvised explosive devices (c-IED), infantry skills and combat first aid. The extra trainers will be working closely with US and Danish forces, providing training to the Iraqi Army 7th Division, Border Guards and Federal Police from behind the wire.

UK personnel in the region have already helped to train more than 18,000 members of the Iraqi security forces (ISF), including Kurdish forces, in Besmaya, Erbil and Taji.

The deployment is part of a broader response across coalition countries to a call at the Counter Daesh Ministerial meeting in May to accelerate the campaign following recent progress in key cities such as Ramadi, Hit and Fallujah.

“Iraqi forces have Daesh on the back foot and are retaking territory, hitting its finances and striking its leadership. This deployment will help the Iraqi forces to build on this success and push them back further.”

British forces have contributed to the training of over 13,600 Iraqi army personnel and some 2,570 Peshmerga troops in the fight against Islamic State.

The information comes to light via a written response to a parliamentary question asked by Craig Whittaker (MP for Calder Valley):

“To ask the Secretary of State for Defence, what training and logistical support the armed forces have provided to Iraqi forces to combat the threat from Daesh in Iraq in the last 12 months.”

Over the past 12 months, we have contributed to the training of over 13,600 Iraqi army personnel and some 2,570 Peshmerga, to build vital counter-IED expertise and to enhance medical and infantry skills. The impact of this training can be seen in the success of Iraqi security forces over the past year in taking back territory previously held by Daesh.

In March 2016, an additional 30 troops were deployed to train Iraqi forces against Islamic State, which brought the total number of deployed British troops in Iraq to 300.