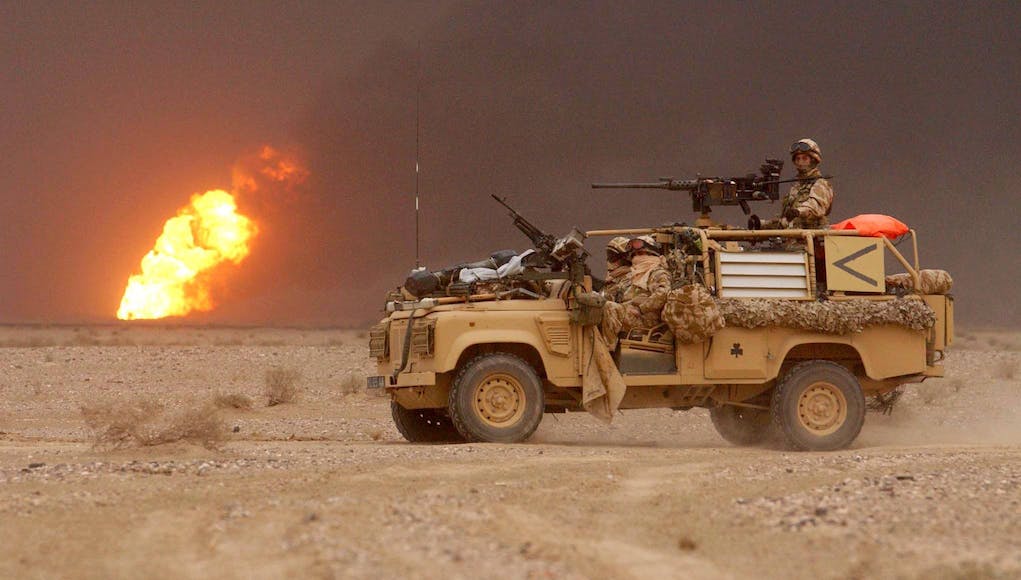 The UK intends to supply a fleet of RWMIK Land Rovers “at no cost to the Lebanese Armed Forces”.

The RWMIK’s maneuverability, firepower and relatively low profile make it suitable for a range of roles including reconnaissance, convoy escort and fire support.

Ben Wallace, the Defence Secretary, has given the following statement:

“The UK intends to supply a fleet of vehicles at no cost to the Lebanese Armed Forces (LAF), in recognition of our strong relationship in tackling the shared terrorist threat. At present the LAF do not have the capability to fully patrol Lebanon’s border with Syria and have requested the UK’s assistance in providing suitable equipment to fulfill this requirement. The UK has agreed to supply 100 surplus Army Revised Weapon Mounted Installation Kit Plus (RWMIK+) vehicles in response to a request from the Lebanese Commander in Chief.

The supply of these vehicles will greatly enhance the LAF’s capacity to mount long distance patrols across rugged mountainous terrain and allow their Land Border Regiments (LBRs) to more effectively counter the threat of armed smugglers and extremists trying to enter Lebanon. The 100 Revised Weapon Mounted Installation Kit Plus (RWMIK+) vehicles, valuing £1,502,000, are surplus to the needs of the British Army. The logistical costs of collating and then transporting the vehicles to Lebanon will be borne by the Conflict Stability and Security Fund, and training in the operation of the vehicles will be borne by the Defence Acquisition Fund (South).”

Delivery of the RWMIK+ to Beirut is expected to commence in January 2021.

Likely more useful to them than cash. Unusually astute move by HMG

That title probably belongs to the Land Cruiser. The Defender matches it or exceeds it for off-road capability though.

The Defender’s great strength lies in it being piss easy to fix in the bush; a knock with a hammer and you’re good to go. The Land Cruiser doesn’t break at all though

Dont you know that there is no desert in lebanon ? Its more snowy country than uk

Yeah, I know that, but you get the drift

Haven’t the Lebanese been through enough? ;p

Taught at a… facility… in the Czech Republic.

Fast forward
Have you seen the cost of spares, the barstewards!

Every country is full of history, and every country has been damaged by the scourge of war…….next?

Pile of crap….used to be great for allying about in until you have to take one to war! Then…..

Soft power in action to deliver affect overseas. We will have got somthing in return (intelligence)

… and orders for spare parts!

We also built 12 watchtowers on the QT on the Lebanese Syrian border. As reported by the Lebanese Daily Star (Not to be confused with the British version) in March 2013: The Daily Star has learned that four towers will be constructed on the volatile border initially, and if the scheme is successful further ones could be erected elsewhere along the frontier. But the Army will have to convince potentially suspicious and skeptical local residents – some of whom actively support Syrian rebels – as well as the Syrian army, that the observation towers do not pose a threat to… Read more »

Are they building a wall the whole way around Lebanon? Ben Shapiro was making fun of the US stimulus package a couple of weeks ago because it defunded the wall in the US but ironically funded the wall in Lebanon. They must be planning to keep the Syrians out long term.

The watchtowers are suppose to work along the lines of how the romans and foreign legions worked. The towers would be actually be tripwires allowing the defending army to sit back from the frontier and respond on mass to any incursion. The enemy in this case isn’t the Syrian government, but rather the jihadis who at the time had taken control of the area on the otherside of the border, and who would venture into Lebanon for R&R. Then in Aug 2014 the Lebanese arrested an al-Nusra Front commander, and a few of his men and just like in the… Read more »

don’t know if this will work, but here goes: 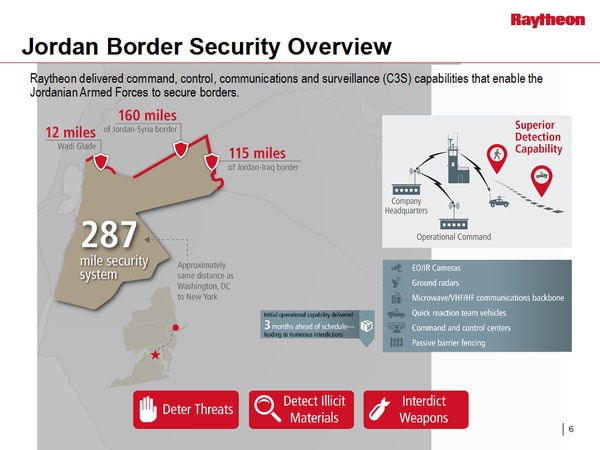 In the 50s and 60s The Lebanon was a peace and Beirut was called ‘the Paris of the East’. Then Yasser Arafat arrived.

Doesn’t seem to offer much in the way of crew protection.

It is not supposed to. It is a useful tool for particular operations. There is a reason the special forces like them. It is not for the protection they offer, it is for their ability to carry the weapons they need over the ground they need to cross and the speed at which they can do it. The defender is a well liked vehicle in may parts of the world as they can fashion spare parts out of pretty much anything and can be fixed in the field relatively easily. There are far better armoured carriers but they do not… Read more »

Better protection than most Chemical carriers though. Must take some balls to drive them.

Good to see the UK offering practical help. We need to stabilise Lebanon, and safeguard the Maronite Christian community. Given their historic links I would expect France to be helping too.