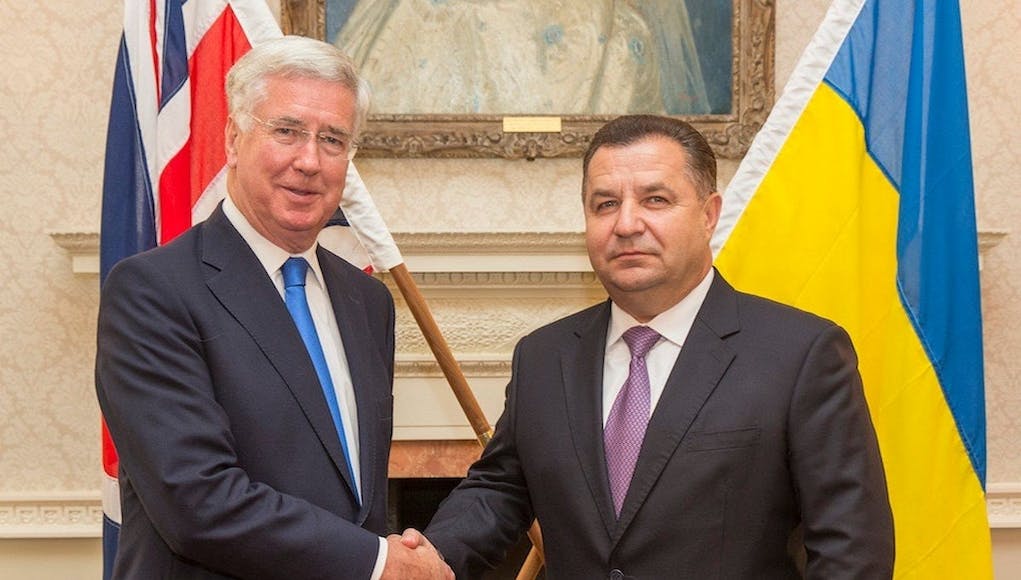 The UK has directly trained over 5000 members of Ukraine’s Armed Forces, 1000 more than initially targeted, the Defence Secretary has confirmed.

The Defence Secretary made the announcement following a meeting between him and his Ukrainian counterpart, Stepan Poltorak in London yesterday.

According to a media release:

“This comes as the UK prepares to refine Operation Orbital’s training model. Through increasing the focus on Train-the-Trainer as well as mentoring and advising, we expect this change to increase the operation’s impact on the Ukrainian Armed Forces’ training sustainability over the coming year.

British personnel have been in the country since 2015 on Operation Orbital, training the Ukrainian Armed Forces in a number of defensive skills such as the identification of mines and IEDs, medical care and logistics. Last year, Sir Michael confirmed that the training mission will continue until at least early 2018.”

“We have now trained over 5,000 Ukrainian service personnel, sending a clear message that we are committed to supporting the country’s sovereignty and territorial integrity.

As the UK is stepping up across the world, we are standing side by side with our Ukrainian friends.”

During the meeting, the Defence Ministers also discussed how the UK can support defence and security reform in the Ukraine.

Mr Poltorak is in the UK to discuss his country’s progress in implementing reforms and the way forward to 2020 at the Ukraine Reform Conference in Lancaster House, along with other senior Ukrainian ministers.

The major international conference will see the UK government and international partners reinforce their support for reform in the country.

June 14, 2021
This episode covers the future of Afghanistan, the UK Carrier Strike Group deployment and a summary of stories from around the world.