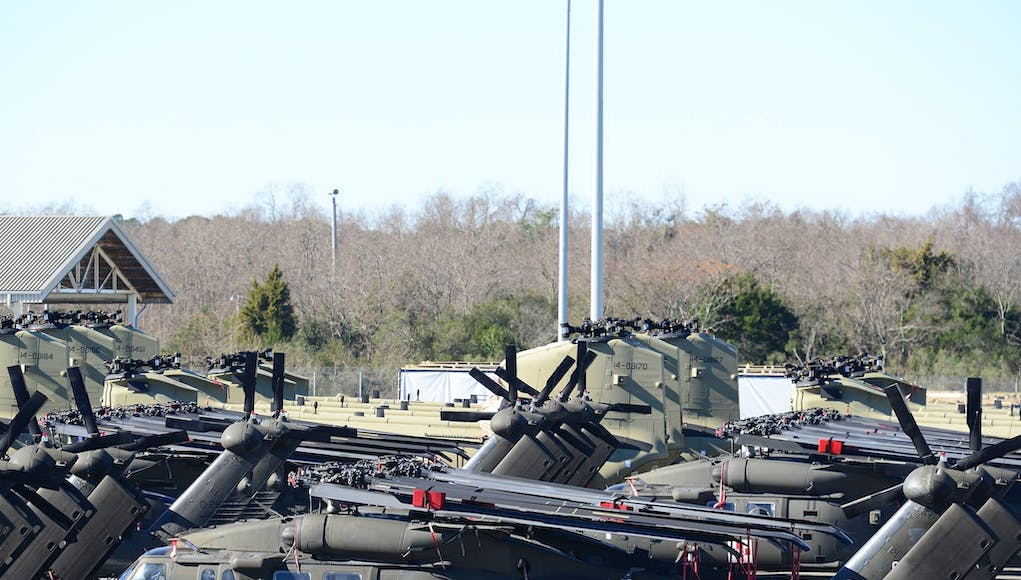 According to the US Army, nearly 2,000 Soldiers from the brigade and their equipment are being deployed as the latest unit to bolster the US presence in Europe.

“We’re going to be all over Europe joining the Strong Europe team and integrating into their training plan for the next nine months.

While an armour brigade is a very lethal force, and they’re going to do some fantastic training with our partners on the ground, aviation really is what I like to call that three-dimensional problem solver for the Army, the joint force and our coalitions.

We move faster than they do on the ground, and we shoot farther in some cases than some systems from the ground.”

Hopefully Trump will knock this provocation of Russia on the head and order these people home. The sooner the warmongers are put back in their cages, the better.

Of course Russia has never been provocative i wander if a lot of people within the Ukraine think that although i am not a Trump fan if Europe got it’s act together we would not need to rely on them so much.
So check your facts before you post.

1 combat aviation brigade and 1 armoured brigade is pretty far from a provocation…. Russia has far far more across the border.

And as far as provoking them goes…. don’t invade other nations and there is no problemo.

We have to remember these nations in the east are our NATO allies, i think the deployments are fair and carefully balanced..