Home Air US Marines help Japan prepare for the F-35 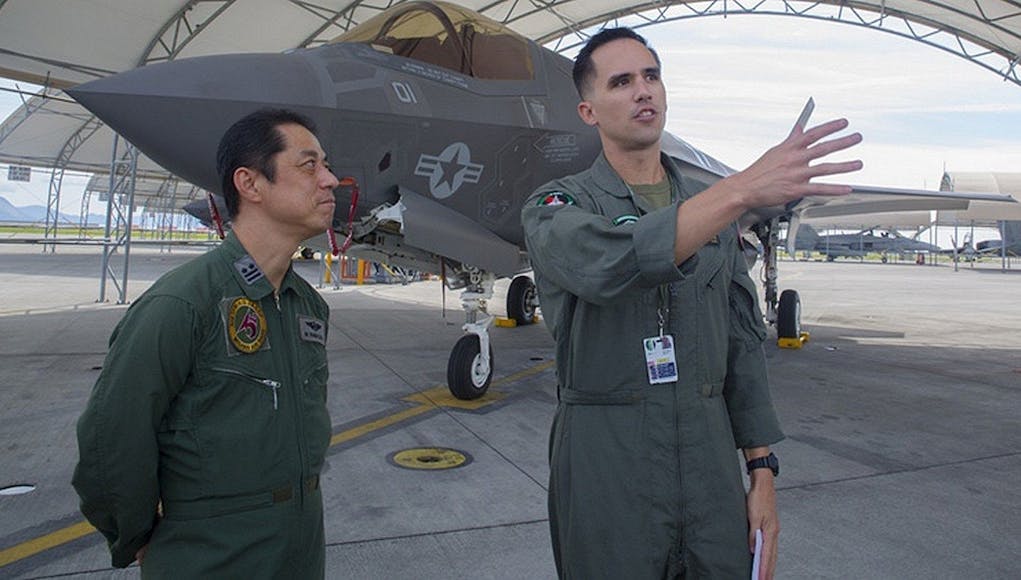 US Marine Corps Squadron 121 hosted members of Japanese Air Self-Defense Force in Japan for an educational tour and class centred around the F-35A.

The tour was an effort from the US Marine Corps to share knowledge and experiences of the F-35 with the JASDF in preparation for their upcoming acquirement of the aircraft.

“The purpose of today’s tour was to bring some JASDF maintainers down from Misawa Air Base, who are expecting to get the F-35, and show them how we operate our maintenance department here in Iwakuni,” said US Marine Corps Maj. Adam Wellington, aircraft maintenance officer for VMFA-121. “We wanted to exchange ideas and answer questions for them as they prep for the arrival of this aircraft.”

According to a press release, JASDF personnel were given several classes regarding maintenance, serviceability, operability and more. Afterwards, they briefly toured VMFA-121’s facility, taking a peek into different departments and visiting the hangar to see, touch and study the aircraft up close.

“It is very significant for us to see, meet and talk with personnel who are already operating or supporting the F-35.

This exchange program is very instructive for us. We’ve learned a lot about the F-35 and the United States Marine Corps. I believe we should have many more exchanges like this.”

Wellington attributed the success of the bilateral event to great questions posed by the JASDF personnel and he claimed that ‘not only was the training successful, but it deepened the relationship between them and the JASDF’.

“This training enhances the relationship between the JASDF and the Marine Corps at large,” said Wellington. “That’s one of the benefits of this aircraft, it’s a joint aircraft that’s going to be used by multiple partners, including Japan. So the fact that they’re going to fly the same aircraft we’re already flying is just going to further strengthen the relationship we have with the Japanese.”