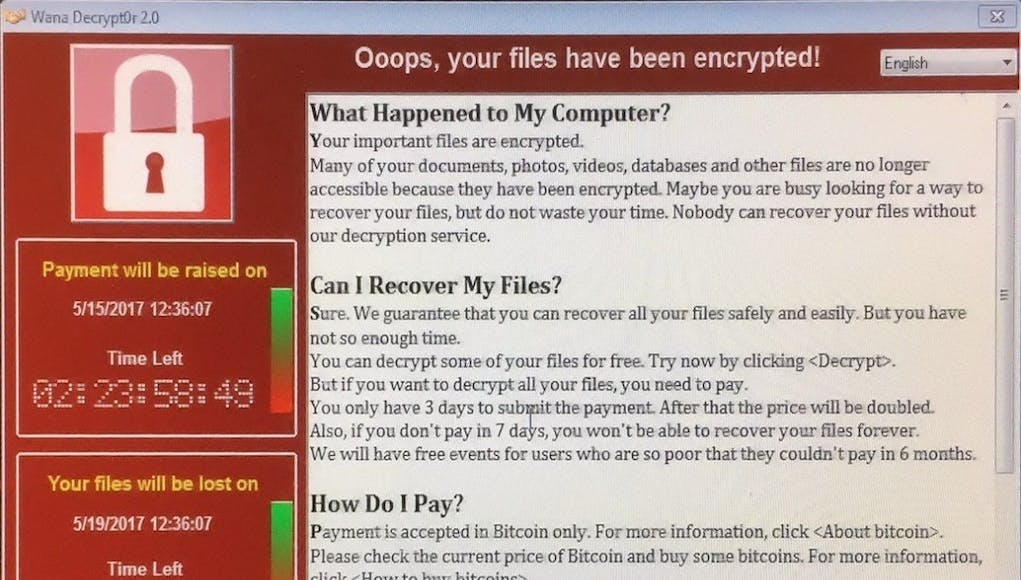 Similarities spotted between last week’s cyber-attack and code used by a group with links to the North Korean government say Kaspersky and Symantec.

Similitude between #WannaCry and Contopee from Lazarus Group ! thx @neelmehta – Is DPRK behind #WannaCry ? pic.twitter.com/uJ7TVeATC5

NHS services across the UK were hit by a large-scale cyber-attack. Hospitals across the country have reported being hit by the attack and in some instances in England, patients are being turned away from A&E and operations are being cancelled.

Hospitals were told to pay $300 dollars – £233 – in order to regain their files. The attack affected Telefónica and several other large companies in Spain, FedEx and Deutsche Bahn. Other targets in at least 99 countries were also reported to have been attacked around the same time. Over 1,000 computers at the Russian Interior Ministry, the Russian Emergency Ministry and the Russian telecommunications company MegaFon, have been reported as infected.

WannaCry is believed to use the EternalBlue exploit, which was allegedly developed by the US National Security Agency, to attack computers running Microsoft Windows operating systems. ETERNALBLUE exploits vulnerability MS17-010 in Microsoft’s implementation of the SMB protocol.

Although a patch to remove that vulnerability had been issued on March 14, 2017, delays in applying security updates left some users and organisations vulnerable.

A “kill switch” hardcoded into the malware has allowed the initial infection to be halted but variants are expected to be created.