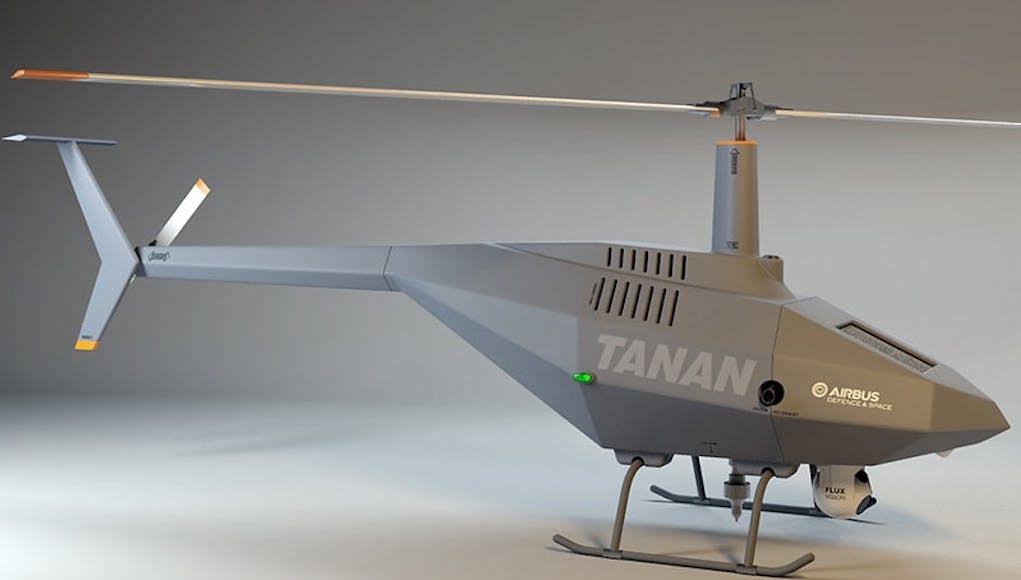 Airbus Defence & Space is working towards the certification of its Tanan rotary unmanned air vehicle demonstrator, which it intends to offer the Royal Navy for consideration as the force assesses its maritime surveillance options in the upcoming defence review.

Tanan is a vertical take-off and landing system being built by Airbus Defence and Space. The aircraft is suitable for both maritime and land applications and can perform a wide range of missions including surveillance, reconnaissance, search-and-rescue, target acquisition, anti-smuggling, harbour protection, border patrol, anti-piracy, and convoy and VIP protection.

It can also be deployed for monitoring image and communications intelligence systems, critical infrastructure and illegal traffic.

The Tanan 300 demonstrator performed its maiden flight in 2010 and was launched in October 2012 but the platform is continuelly evolving.

The Ministry of Defence is expected to make announcements regarding its maritime patrol requirement when it releases its Strategic Defence and Security Review in May. Speculation is rife as to how this role will look: with a manned or unmanned aircraft, or a combination of both.

“The argument for a manned maritime patrol aircraft – especially for an island nation with a large navy – is that the requirement is overwhelmingly there.

However, when maritime patrol aircraft and satellite coverage is not available, the ability to deploy a platform such as a rotary wing UAV at-sea is beneficial for surveillance.

The Royal Navy is aware of the Tanan and we’re keeping them up to speed. The navy has a desire for greater organic surveillance from a ship.”

The Royal Navy are increasingly adopting unmanned vehicles, with 700X – X for ‘eXperimental’ – Naval Air Squadron only recently being established with Boeings ScanEagle at RNAS Culdrose to oversee the deployment of Remotely Piloted Air Systems and to pave the way for similar aircraft in the future.