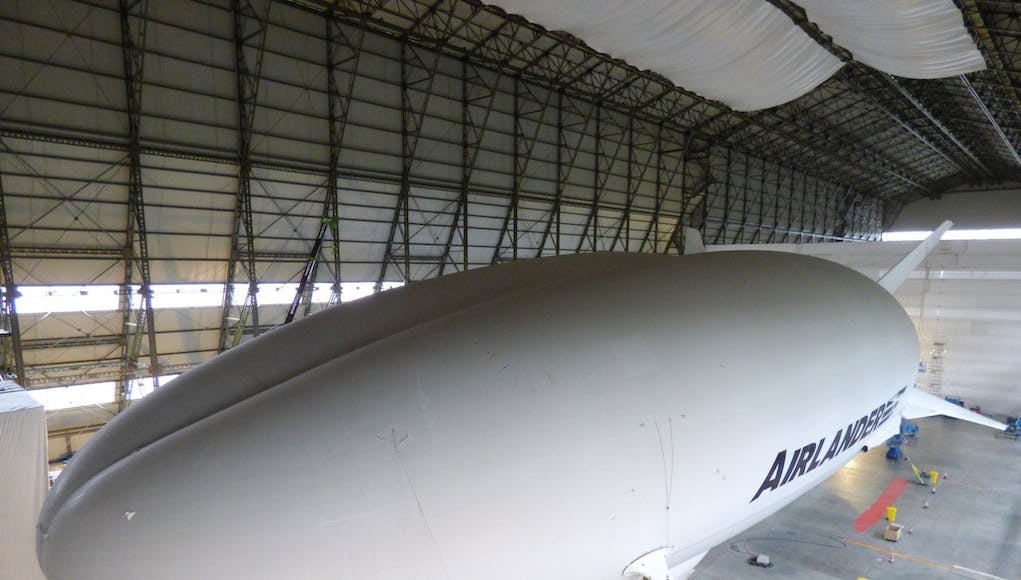 Airlander 10, the world’s largest aircraft, has crashed during its second test flight.

A spokesperson for the ship’s makers, HAV, said:

“We’re debriefing following the second test flight this morning. All crew are safe and well and there are no injuries.”

“A line that was hanging down from the plane hit the telegraph pole about two fields away. Then, as it came in to land, it seemed to nose dive and landed on the cockpit, smashing it up.”

Airlander 10 is made by Hybrid Air Vehicles in the UK. It was originally built for the US Army’s Long Endurance Multi-intelligence Vehicle project. It is the largest aircraft in the world.

The HAV 304 was selected by the United States Army for its LEMV programme in which Northrop Grumman was to have been the prime contractor. The LEMV was intended to provide intelligence, surveillance and reconnaissance support for ground troops through unmanned, medium-altitude long-endurance unmanned aerial vehicle operations.

In August 2012 the first test flight of an LEMV was completed in Lakehurst, New Jersey. The vehicle tested was one of three planned for the US Army.

“Last week we successfully completed our final inhangar all engines, all generators, all systems testing. My thanks to the whole business for getting us here. The entire team is looking forward to the final series of tests outside before taking to the skies for the first time.”

How brilliant is this? Testament to a GREAT British innovation and an amazing small company. @businessisgreat pic.twitter.com/kKt9eQuheP

“Being the largest aircraft in the world, exiting the hangar was a very delicate operation as there was only a 6m clearance from the fin tip to the sides of the hangar doors. It took around 5 minutes for the Airlander to clear the hangar and then a further 30 minutes for her be towed to rest at the primary mast site – one of the two that have been specially prepared for her on the airfield.”

RAF Cardington is a former Royal Air Force station in Bedfordshire with a long and varied history, particularly in relation to airships and balloons.

According to their website, Hybrid Air Vehicles utilise new aerospace technology that combines the best of the characteristics of fixed wing aircraft and helicopters with lighter-than-air technology to create a new breed of hyper-efficient aircraft, with a significantly lower carbon footprint and operating cost than other forms of air transport.

Airlanders are low noise, low pollution, and are environmentally-friendly. They have ultralong endurance, and a point-to-point cargo-carrying capacity. They can take off and land in a short distance from unprepared sites in desert, ice, water, or open field environments.