The vessel is en route to the Black Sea to conduct maritime security operations and ‘enhance regional maritime stability, combined readiness and naval capability with NATO allies and partners in the region’, say the US Navy.

“Our allies in the Black Sea continue to play a key role in maintaining security in the European theater,” Cmdr. Dave Coles, commanding officer of Ross, said.

“The crew and I look forward to enhancing our interoperability in a dynamic environment as well as experiencing the rich history and culture in this region.”

The US Navy hope that ship’s operations in the Black Sea will strengthen interoperability with NATO allies and partners and demonstrate collective resolve to Black Sea security under Operation Atlantic Resolve.

The US Navy also say it routinely operates in the Black Sea consistent with international law, as well as with the Montreux Convention.

I assume it is on a visit…

A fair Assumption. Exactly what I thought.

I didn’t know the Yanks had bought any, or is this the result of a.
Black programme we know nothing about!

Suppose so. I believe embarked US helicopters are networked to their vessel for situation awareness, etc; but it appeared that when Duncan was in the Black Sea her Wildcat had to go and find a Russian intelligence vessel that apparently disappeared from Duncan’s radar. The Wildcat accordingly flew out, searched, photographed and then returned the the ship with it’s picture – quaint (at least that was the scenario that came across on TV). 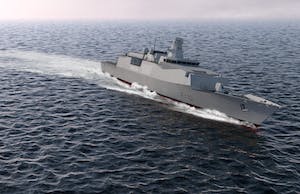