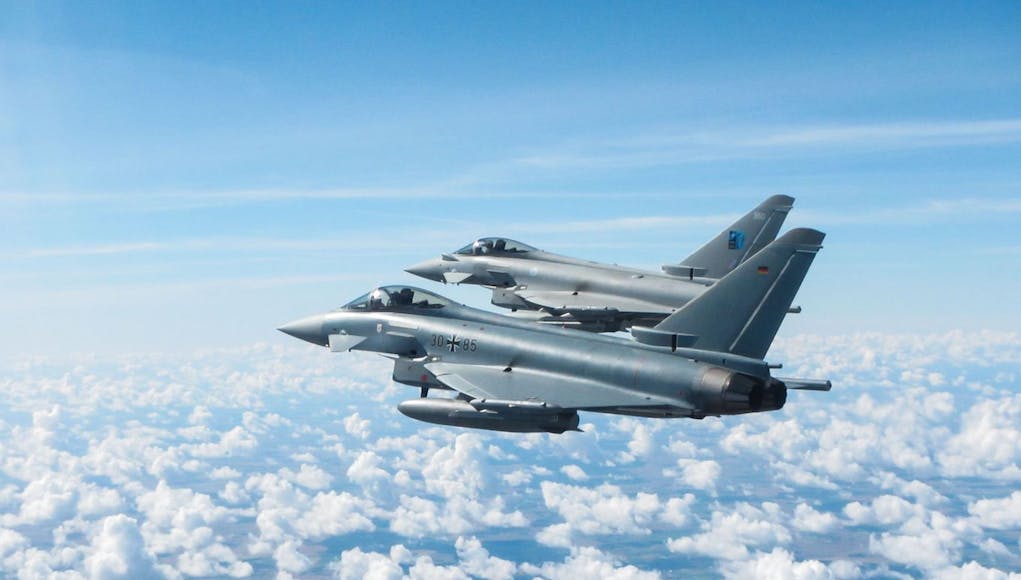 The exercise was a first, as this is the first time a German Eurofighter detachment has been embedded within an operational RAF Expeditionary Air Wing to allow a sustained period of interoperability training to be carried out.

Both Air Forces regularly carry out NATO Air Policing missions and also train together on a regular basis, but this is the first time that the training has been conducted in an operational setting.

“The next stage in this training process will be a repeat exercise, but with the roles reversed later in the year. This next exercise will see RAF Typhoons embedded with a German Air Force detachment, when they next conduct Baltic Air Policing. The interoperability training has involved the pilots from RAF Lossiemouth based 6 Squadron RAF flying for nearly two weeks with the pilots from the German Tactical Fighter Wing 71 ‘Richthofen’.

During the exercise, the pilots carried out an intensive package of sorties, with one German and one RAF aircraft, flying as pairs to conduct practice intercepts and what is known as basic fighter manoeuvres. The pilots then moved on to include ‘scramble starts’ and Quick Reaction Alert take-offs to then carry out further practice intercepts. These practice intercepts were conducted against one of the other 6 Squadron Typhoons which acted as the target aircraft.”

Wow-RAF and Luftwaffe. Our grandfathers would never have believed it…

Hi folks hope all are well.
Good to see working together, hopefully this helps in ensuring our airforces can deploy when required in an emergency, protecting Europe’s air space or deployed to support ground forces.
Do we know what condition the Luftwaffe is in, as I gather there was an issue with numbers that are servicible to deploy?
Advice from you experts please.
Cheers
George

Sadly I think Ian is close to the truth. Jane’s defence weekly reported about 12 months ago that the luftwaffe (sorry couldn’t resist being a bit daft) were struggling to generate 36 active combat ready aircraft and had harvested many Eurofighters for spare parts to keep the few they had combat ready. Hence massive new order for new Eurofighters and F18 growers. The Germans despite being massively rich have deliberately left their armed forces to wither on the vine and have only now, due to Trump naming and shaming them, begun to reverse some of the huge declines in their… Read more »

Spot on Mr. Bell. Countries such as Germany and to a lesser extent, Ireland don’t have to burden themselves with silly expenditure such as the defence of their nations. The German situation is a disgrace- a big, populous, wealthy Nation that has allowed it’s Armed Forces to simply wither away and in addition, avoid any actual fighting at all costs leaving all that bothersome stuff to the USA,UK and France. With regard to Ireland I don’t really put them in the same category. They have a good small army that contributes to International peacekeeping and a competent coastal Navy. Where… Read more »

You are probably right in that Germany put it’s feet up following the Cold War and did not invest in its armed forces. This is starting to change rapidly with the German military budget increasing by over 10% in the last few years and it is now bigger that the UK defence budget (due to that dropping by 20%). Regarding expeditionary deployments, Germany currently has over 3000 troops on active overseas deployments including over 1000 in both Mali and Afghanistan. I imagine any European NATO country would be steam rollered by Russia’s massed armour, but Germany’s 5 armoured brigades may… Read more »

Thanks for updating me Bob. Considering the state of their Air Force and Navy though, it would appear that if their Defence Budget is now bigger than ours they get even less value for money than we do, unless of course there are some big procurements in the pipeline.
Regards from Durban

Hi Geoff, The German airforce are replacing their whole fighter force with new Typhoons and some people on this site have stated this will make them the biggest airforce in Europe (not sure about that unless there is a huge increase in personnel). They are also updating their IFV fleet with the 500+ Pumas and purchasing a number of new anti tank rocket systems. Leo2 are being upgraded and numbers increased for front line units. As well as the troubled build for the 4 f125 frigates, the German navy are getting 6 new 10k multipurpose destroyers designed by Daman. In… Read more » 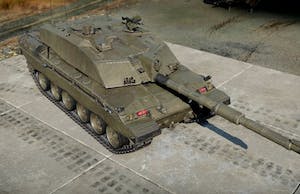