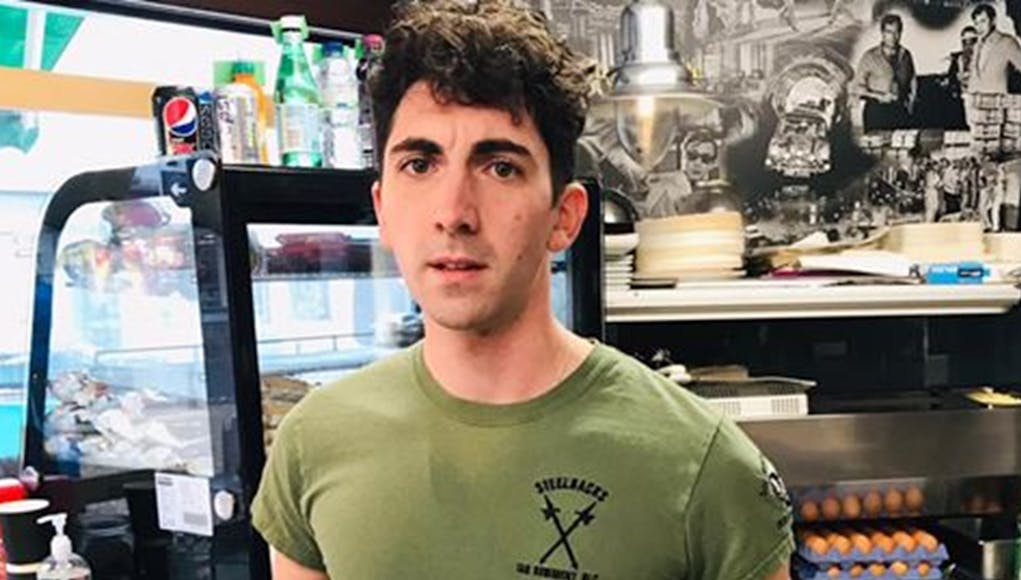 An Army Reservist leapt into action to chase a thief who fled through the town clutching two Poppy Day charity collection boxes on Remembrance Sunday, say the British Army.

Private Joseph Lionetti, a member of 158 Regiment Royal Logistic Corps  had been at his family’s café, La Piazza Bedford, where he works as a Barrista, waiting to join a virtual Zoom Remembrance Sunday service with his unit when the drama unfolded.

According to an Army news release, it began when he heard shouting coming from the street outside and saw a man running down the High Street with what looked like two charity boxes and he left the café with his father, a Special Constable, to investigate further.

“I was at the café with my dad when I heard someone shouting that someone had stolen a charity box, so me and dad left the café to investigate and then a member of the public said the man had gone down an alleyway so I jumped a barrier separating the footpath from the road and made my way down there.

My dad, who has a leg injury, took the long route around. About 100 metres down the road I noticed a man holding two collection boxes and without drawing attention to myself followed him for another 100 metres. Then another man who had seen the theft and had followed me shouted “that’s the man who stole the charity tins” at which point the thief ran off, but I carried on chasing him and caught up with him on top of the Bedford Mound where he had tried to hide himself.

“However, he wasn’t very well hidden so I went over to him and asked for the tins back. I think he was a bit startled and wasn’t expecting to see a man in military uniform – so I reassured him that all I wanted was the tins back – so he put them on the ground in front of me. By the time my dad was approaching, the man launched himself down the mound and ran off and by the time I got there he had gone – so I took the boxes back to Tesco where they had been stolen from and then just made it back in time to take part in our Zoom Remembrance Service at 10.15am.”

Well done mate but be careful.

Good work, but without a stab vest he was taking a risk. He took control of the situation that reflects well on his training.

what kind of tosser steels charity tins, good effort to the lad