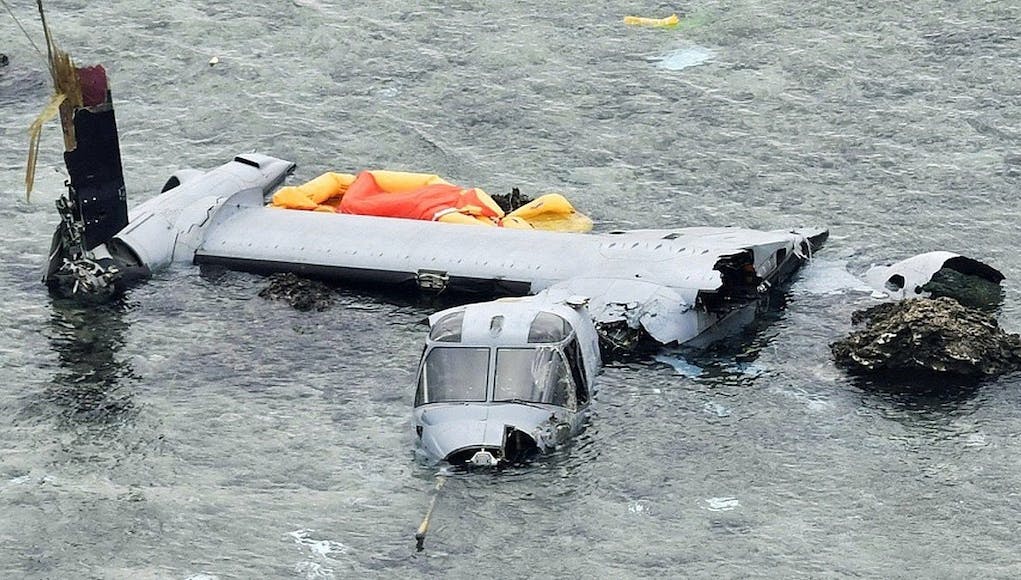 107 Australian Defence Force personnel, from all three services, have been decorated with the US Meritorious Unit Citation for their work in rescue and recovery efforts following the crash of a USMC MV-22B Osprey aircraft last year.

The aircraft crashed into the Coral Sea off Rockhampton on the 6th August 2017 with twenty-six American personnel onboard. Unfortunately, one pilot and two marines were killed in the incident. The aircraft had launched from the USS Bonhomme Richard and had just finished up their involvement in the seventh bilateral Talisman Sabre exercise with the Australian Defence Force.

Australian forces were involved in the initial rescue operation and then over the following fortnight supported in locating and recovering the wreckage. Royal Australian Navy Clearance dive teams mounted fourteen separate dives, in some challenging conditions, as part of these operations after the vessel was located in some 40m water by hydrographic survey ship HMAS Melville.

The awards were made on Monday morning aboard the helicopter carrier HMAS Adelaide in Sydney Harbour during a visit by the head of the US Marine Corps in the Pacific, Lieutenant General David Berger.

Speaking after the presentations were made Australian Defence Minister, Senator Marise Payne, highlighted the significance of the General presenting the awards in person.

“The United States Meritorious Unit Commendation is a great honour for our service members and the Australian public can be proud of what our people achieved.

The support we provided to the US Marine Corps is a testament to our relationship with the United States.

The commendation praises the Australians’ ‘unrelenting perseverance and unfailing devotion to duty’ and their actions are in the finest traditions of the ADF.”

Am i becoming cynical in my old age or does this whole ceremony sound rather patronising ? Patting the Aussies on the head for being good, loyal little lapdogs. Maybe i should mention i only got three hours sleep last night and no offence is meant.

There’s nothing patronising about rewarding people for good work in challenging situations. If it was, why would the military give people medals? Personnel quite rightly gain a feeling of pride when commended like this. A military medal is not a pat on the head by any stretch of the imagination. More sleep is necessary I think.

Well, when your boss commends you for your hard work, or gives you a deserved raise, do you feel patronized? Do you roll your eyes and sigh?

So Australian clearance divers risk their lives to recover the dead bodies of the US comrades they have just been exercising with and are commended for it proves that Australia is a ‘lapdog’ of the US?

No doubt if UK divers had been acknowledged for performing the same feats of courage it would be a sign of a ‘special relationship’?

I think Donald Trump has already shown the dangers of commenting on social media in the wee hours.

Get some more sleep mate.

Indeed, oz. The Talisman Sabre bi-annual exercises are pretty much the highlight for the ADF. Very close ties between the two countries have seen this co-operation go on since TS05. We even host service personnel to a BBQ or a trip to the beach whenever they come to Queensland.
Very close ties, indeed.

Stephen. Yes you are and goodnight sweetheart.

Speech by US Marine commander at presentation ceremony for RAN Clearance Diving Team.