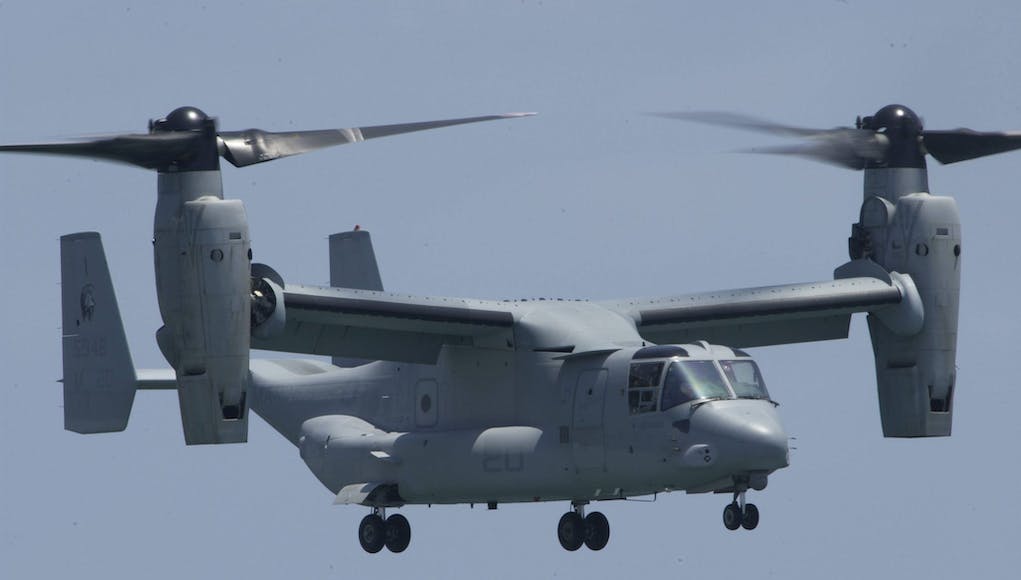 Investigations into the MV-22B Osprey crash that claimed the lives of three US Marines last month are continuing as the aircraft’s wreckage finally arrived in Australia after being recovered from the seabed.

The wreckage of the aircraft was recovered by the USNS Salvor, having been located in some 40m of water by the Royal Australian Navy’s survey ship HMAS Melville. It arrived in the Port of Townsville over the weekend allowing the first public glimpses of the aircraft which was upside down showing significant damage and with the cockpit covered. The III Marine Expeditionary Force, in a statement, has advised that the wreckage will now be taken to Hawaii where investigations will continue.

When the accident occurred the MV-22B had launched from the USS Bohomme Richard and was attempting to land on the USS Green Bay during a routine training exercise of the Australian coast. Coming in hard it smashed into the deck before sliding off into the ocean with twenty-six people on board including five crew.

The MV-22B has a controversial safety history. Less than a year ago the USNS Salvor was recovering another wreckage after an accident off Okinawa in Japan that thankfully resulted in no fatalities. Overall, since becoming operational in 2007, there have been six crashes, as well as several other accidents and incidents, that have resulted in twelve fatalities.

So far no indication of the cause of this crash, whether a mechanical or human fault, has been confirmed by the US Marine Corps.

[…] in the initial rescue operation and then over the following fortnight supported in locating and recovering the wreckage. Royal Australian Navy Clearance dive teams mounted fourteen separate dives, in some challenging […]