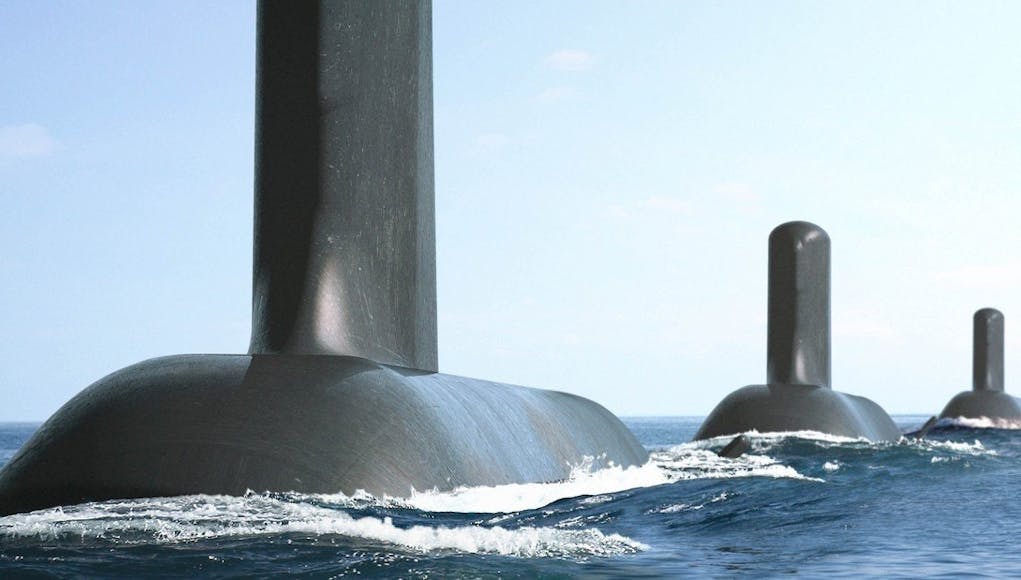 In collaboration with the Australian Department of Defence, in what will be Australia’s largest defence capital investment program in history, Naval Group and Lockheed Martin Australia will deliver to the Royal Australian Navy a fleet of 12 submarines.

“The Office is a tripartite secure facility which will house Submarine designers, naval architects and engineers who will work alongside each other on Australia’s Future Submarine Program.

The facility will be known as ‘Hughes House’, in recognition of Rear Admiral ‘Oscar’ Hughes, AO, RAN and his invaluable role in Australia’s submarine history as Director of the Collins Submarine Project.”

“Today marks an important and tangible milestone for the program as the facility allows all three partners to work together in a modern and highly secure environment to further enhance and develop the already close partnership.

We are looking forward to establishing an Australian workforce in Cherbourg to develop the skills and understanding required to establish a regionally superior submarine and develop a sovereign Australian industrial capability.”

“At Lockheed Martin Australia, we are proud to partner with the Australian Government and Naval Group to deliver a regionally superior, sovereign, sustainable submarine program.

This office will provide a collaboration space for the Naval Group and Lockheed Martin Australia to work closely with our Australian Government partners to provide the best possible submarine fleet to provide protection for Australia’s trade and assure the nation’s maritime security.”

Shame the UK did not come up with a conventionally powered version of the Astute submarine to compete for this order.

Given the claims that Astute is a world beater, should have had no trouble in winning this order.

But then again we seem to have very little real interest in exporting warships and submarines if the past 40 years is anything to go by.

A. Smith
Reply to  Mike Saul

I still don’t understand why ‘UK Plc’ is not bidding for these contracts. As I keep saying, we need to create an environment for open competition and for companies other than BAE to win contracts domestically, establish themselves and then compete effectively on a global scale.

Jim Silver
Reply to  A. Smith

This is so true. And as I keep saying, BAE seem to charge what they like. Example – our new OPVs will cost £ 113m each. The OPVs that are being built for the Irish Navy are more versatile, better equipped and cost £ 40m each. They are being built in Appledore, Devon by Babcock.

Agree. UK military exports are poor compared to what they could be, too much of a good thing fleecing the MoD due to no competition.

Everything the Royal Navy has is claimed by politicians to be a “world beater”.

Somehow, no one else in the world agrees with this and export orders are zilch.

Hey Joe, Australia SHOULD make big efforts here in convincing our Blind and unwise Canadian Politicians that you guy’s could built in Adelaide 6 extra Short finn along side yours (with the help of some Canadian workers-engineering) for us in Canada and a price Canada could not refused….Get your PM to talk to ours asap pls..Time is running out…The Yellow Scourges is coming starting in the South China Sea!

Ah….why don’t they go offer Canada these NEW so call best Subs Astute (after selling us your flawed Upholder class ones)…here in Canada we need to get our heads out of our Ar….! Australia can show the world it’s initiatives, determination and skill where here in Canada we let the course of History repeat itself very sadly. With more push, I am confident Canada would prchase 6 of these Astute in Diesel-electric from with the AIP system (like the Barracuda Shortfin version).

Cammel Laird offers a 3600 ton SSK design, with or without AIP, that would likely meet Australian requirements. And by the way, the RN could use a few large SSKs to supplement the small SSN force.
A 7000 ton diesel-electric-AIP sub would be, well, interesting.

So the Aussies will have more subs than the RN! I know they’re not bombers or nukes but even so…

Yep, choice of whether you go nuke and have less or conventional and more. We always go nuke.

Not sure that’s the answer Anthony – we had (and should have) both.

We have real world class capability almost everywhere but no depth anywhere.

That’s due almost entirely due to funding cuts and when all this whole parliament of growth in the MOD budget is over it will be less than 2010 in absolute terms, the best part of 30% in real terms.

At the same time we’re donating the equivalent of five QE class carriers in Aid, up from two in 2007.

This constant undermining of our own defence has gone beyond scandalous to borderline treasonous incompetence.

Ian, by not expanding your resources outside your Country, creating Isolationism become a Nation’s worse enemy that will make one Nation collapse within! Look at China’s Behavior right now…Scary!

Last I heard they couldn’t get enough people to man the 6 Collins class subs – have they hoovered up RN personnel shamelessly made redundant by the tories ?

How do you work that out ?

Doesn’t seem to be a problem for the RAN currently. Recent pic of 5 subs and their crews on parade (6th sub was in refit).

Although there do seem to be few strange accents among them.

Not exactly, these new modern best in class Subs WILL create and motivate new and up-coming determine Sailors to manned these Subs. Here in Canada, instead of “wasting” 3 Billion $ on old and Flawed Upholder class Subs the British sold us 30 years ago we could go with German Thyssend Krupp 212/214 class Subs that only needs 27 Sailors to operated. Modern Diesel-Electric Subs with the AIP system ARE the best Weapons Deterrent system in the world money can buy…Period! Shame Canada, Shame!

They will have what we so desperately need – a fleet of conventional submarines. We don’t need to send out nuclear powered hunter / killers for everything. They are the best of the best. We need to be able to send out submarines to do everyday jobs at lower cost and we should do that with more but cheaper “units”. We used to have these types of subs – then we sold them all to Canada at giveaway prices. And that wasn’t very long ago. The rating system needs to be reintroduced. Our capital ships now are our nuclear subs,… Read more »