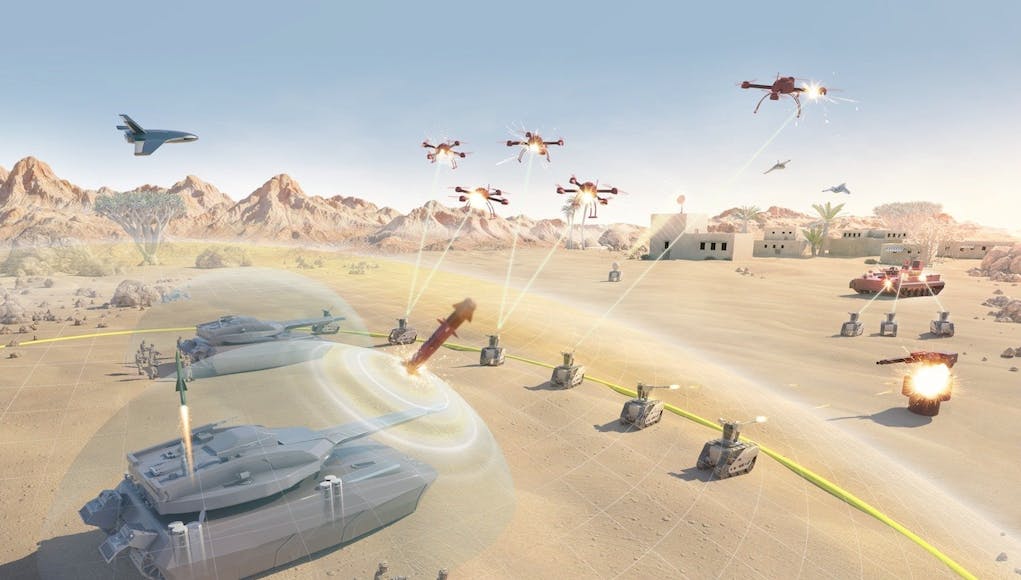 On display at DSEI this year, the BAE Systems Ironclad is a new Unmanned Ground Vehicle (UGV) designed to take on some of the most dangerous jobs that soldiers currently face.

BAE say that Ironclad is small enough to negotiate tight urban environments, but maintains the mobility needed to handle extreme cross-country terrain. It can also be fitted to carry out reconnaissance, combat and casualty evacuation roles.

“Ironclad has a unique set of capabilities for a UGV. Using high endurance battery power, it offers near silent running up to a 50km range and will come with a set of mission systems that can be quickly changed in the field. A modular connection system allows two vehicles to be connected together to handle additional loads, such as a specialised stretcher. It is also protected against blast and small arms fire to increase mission survivability.

The next step is for Ironclad to act autonomously as part of a battlegroup, interacting with other vehicles and ground troops to follow mission objectives. This is being tested on existing vehicles as the technology — already at a high state of readiness — is developed.”

Each Ironclad is built with a hardware interface that allows the different mission fits to be attached easily. This connection supplies both power and command from the main vehicle chassis, which houses the battery and a two-way remote control unit. The chassis is designed so that hardware needed for autonomous capability can be added at a later stage.

Mission fits currently in development according to BAE 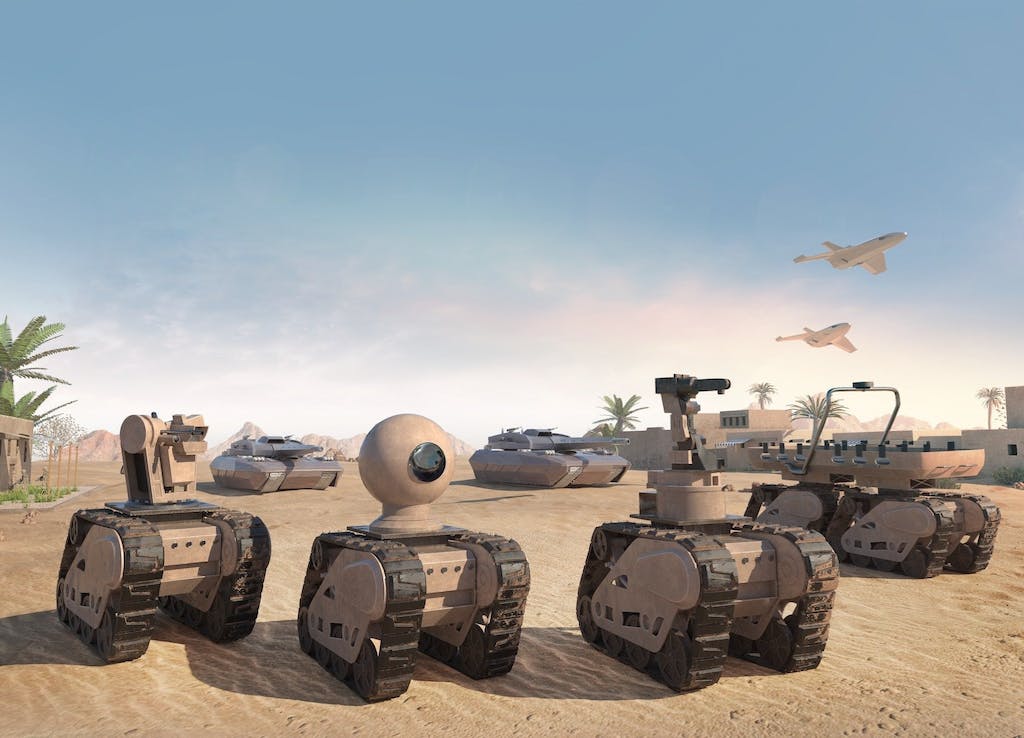 “Ironclad — while being a product in its own right — is also a step towards the battlefield of the future where we expect fleets of unmanned air and ground vehicles to work together, sharing situational awareness and pursuing combat objectives.

There will always be a human in the loop, but increasing use of autonomy and unmanned vehicles means they can focus on key decisions and have more options to avoid putting people in dangerous situations.” 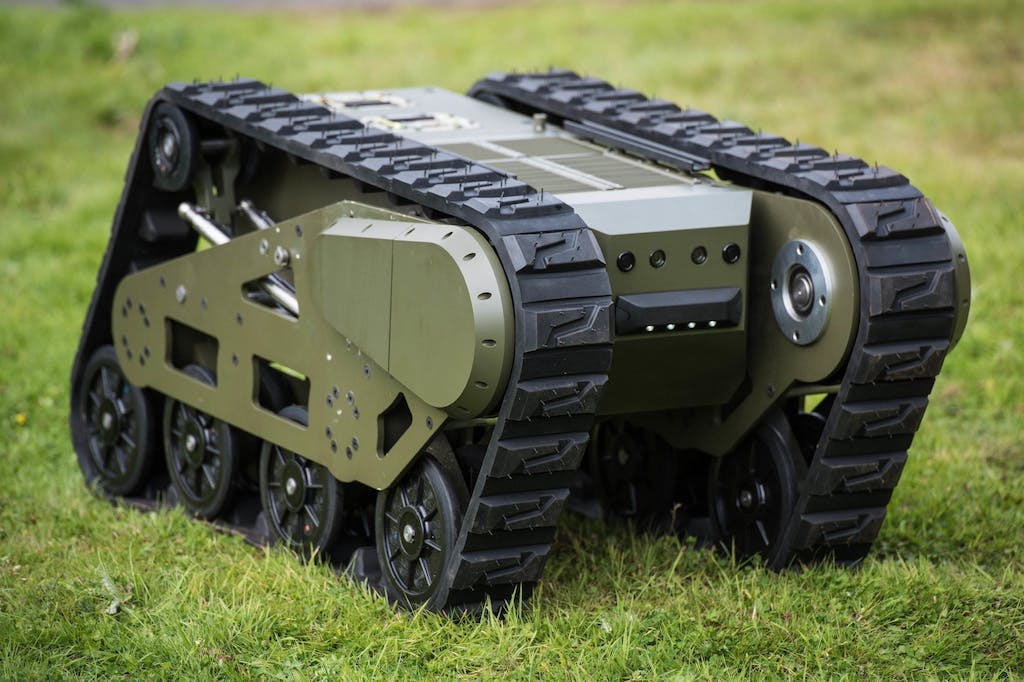 As technology increases in automation and camera performance, this concept makes absolute sense to me. Why put lives at risk when these vehicles can perform so accurately, under the worst of military scenarios. Remote bomb disposal robots have been used by the British Army for years.

How would it collect a casualty? Some sort of crane to hoist them up and get them on board? You’d need a person to do that, and then it’s not unmanned.

The medic attending and stabilising the casualty could load the casualty onto the UGV then set the vehicle off on its way.
However the medic would not be able to further treat and stabilise the casualty (as the UGV is unmanned), which is contrary to current medical practice. I therefore have some difficulty with this concept. Also the return of cas to a DS/Role 3 medical facility is not an example of a very highly dangerous mission for which UGVs are best suited.