Ground based trials to demonstrate the release of a full-sized store from an aircraft payload bay have successfully taken place thanks to a bespoke rig built at BAE Systems in Lancashire.

Releasing a weapon or store from an aircraft weapons bay at high subsonic and supersonic speeds presents a series of complex engineering challenges. The harsh aero-acoustic noise and vibration  experienced within a weapons bay creates a high risk of damaging the structural integrity of the aircraft or the store and the need to rapidly open and close bay doors adds to the complexity. 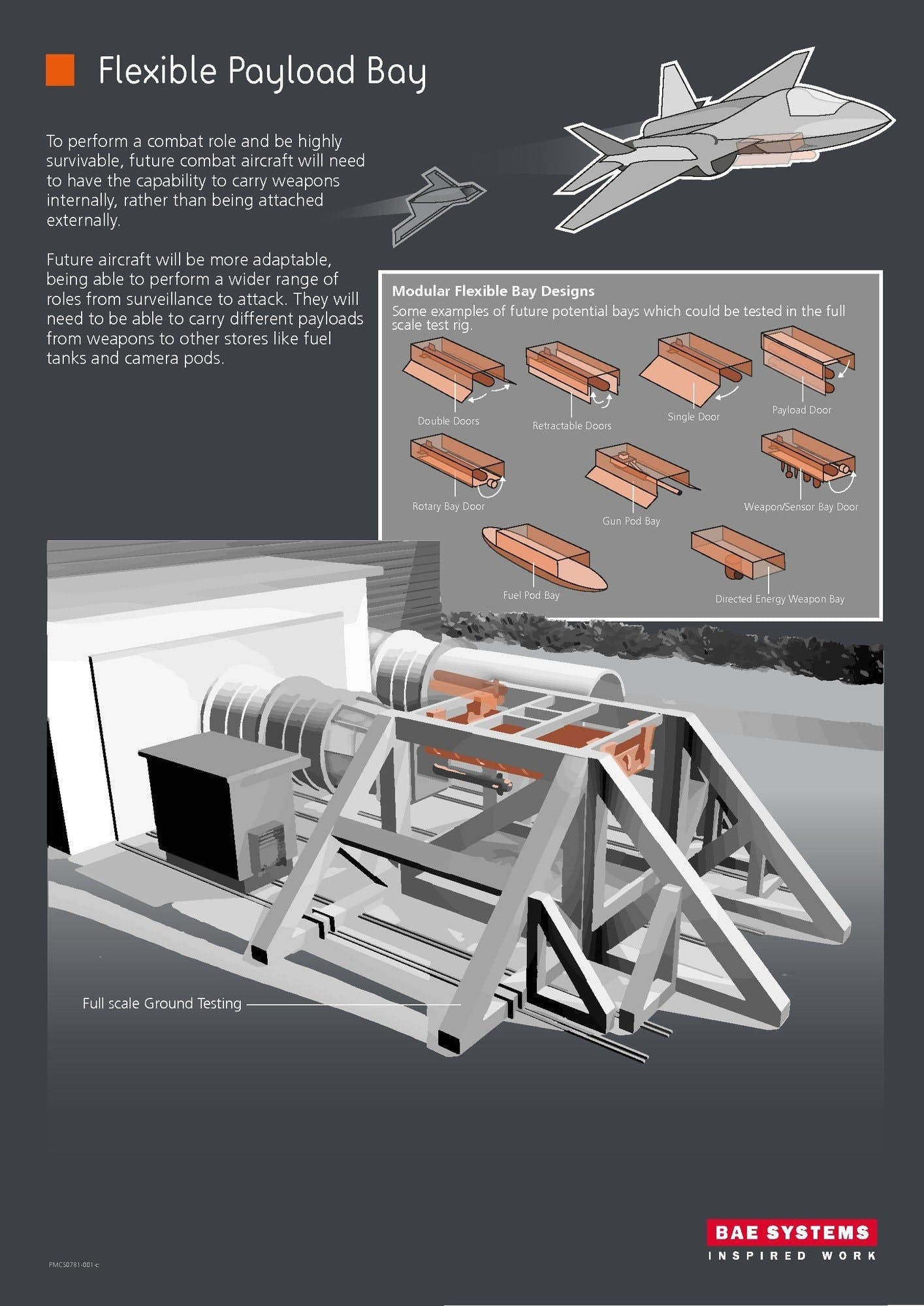 A unique ground test facility at BAE Systems’ site in Warton has allowed engineers to undertake full-scale ground tests which will provide a much more detailed understanding of the bay environment. Working closely with the Weapon and Ejector Release Unit design organisations within MBDA UK and Harris’ Release Systems, the collaborative team has captured high quality data from instruments and high speed cameras during the trials.

The company say that the test culminated in the successful high subsonic release of a store from a bay designed, and now proven, to survive this severe environment.  The data will be used to help define the optimal design of payload bays to carry weapons, fuel tanks or sensor equipment on future aircraft.

“Future combat aircraft need to offer a multitude of capabilities. They must also be affordable and adaptable.  By demonstrating the ability to operate a weapons bay at high speed and use it to carry other payloads, we’re proving that we have the ability to design flexible, high performance combat aircraft a long way into the future.”

“The challenge associated with the safe carriage and release of internally carried payloads cannot be understated.  We relish this opportunity to influence the design of future carriage systems.”

“As well as being a technical success, this is a great example of UK industry working together. The team’s collaboration has been a real feature of the programme, and one of the key factors in overcoming challenges.”

In recent conflicts we have dropped small 500 lb precision weapons against irregular forces. We should not think that will always be so. If we have to take on a rogue state with its WMD underground, then internal weapons bays may need larger weapons, say in the 4000-6000 lb class.