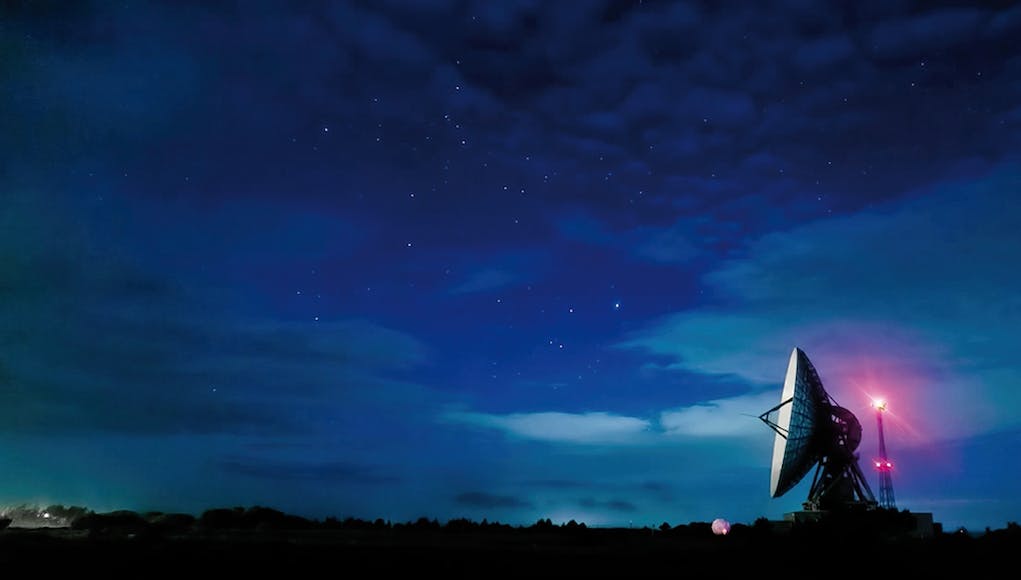 This technology, say BAE, will allow GES to track and communicate with a wide range of spacecraft including future manned and robotic missions to the Moon and Mars. The partnership will involve close working on the current deep space programme with the European Space Agency (ESA) and the development of a global network in the next four years. 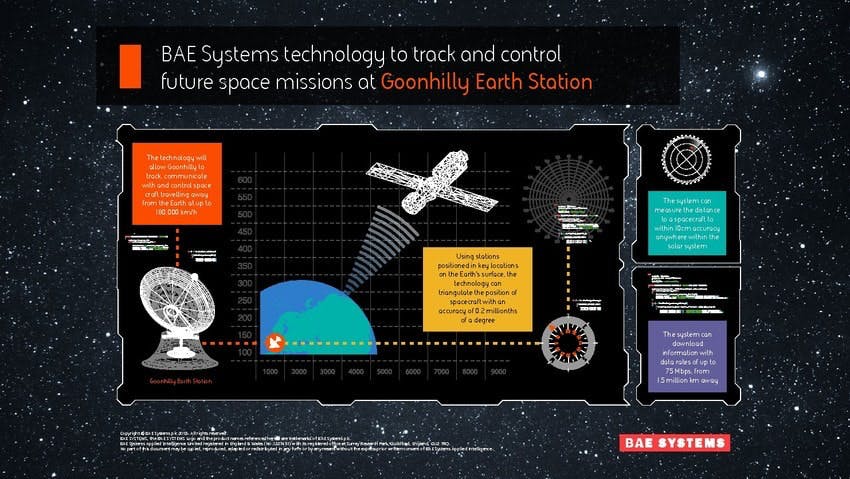 The TTCP provides uplink and downlink services to support the spacecraft. The uplink transmits commands that control the spacecraft and the downlink receives data including critical spacecraft health information, images, video and other scientific and engineering information.

Key features of the TTCP equipment include:

Goonhilly is set to become the world’s first privately-owned member of the Deep Space Network under a new contract recently announced by ESA and Cornwall & Isles of Scilly Local Enterprise Partnership (CIoSLEP). Under the contract, Goonhilly Earth Station Ltd will upgrade its largest antenna to meet the exacting requirements for deep space communications, making use of the TTCP technology to achieve these challenging objectives.

“BAE Systems has developed a highly precise space communications and tracking system designed to support spacecraft operating both near the Earth and in deep space. The technology receives and converts faint radio signals from spacecraft into data that mission controllers use to monitor and control the spacecraft.

The highly flexible system is able to handle differing ESA and NASA requirements and protocols, which makes it an ideal choice to support Goonhilly in future space missions.”

“We have a great deal of interest in using Goonhilly’s upgraded antenna from our international customer base, including space agencies and some of the new private space exploration companies. This system will ensure that we can support missions for a number of space agencies.”

This represents the first time TTCP has been purchased by a private company and is also now operational in the ESA Deep Space Network.

Yet another interesting space story for the UK. More to come?

Launch facilities, deep space communications, thriving small sat industry… maybe next is a mission to use them?