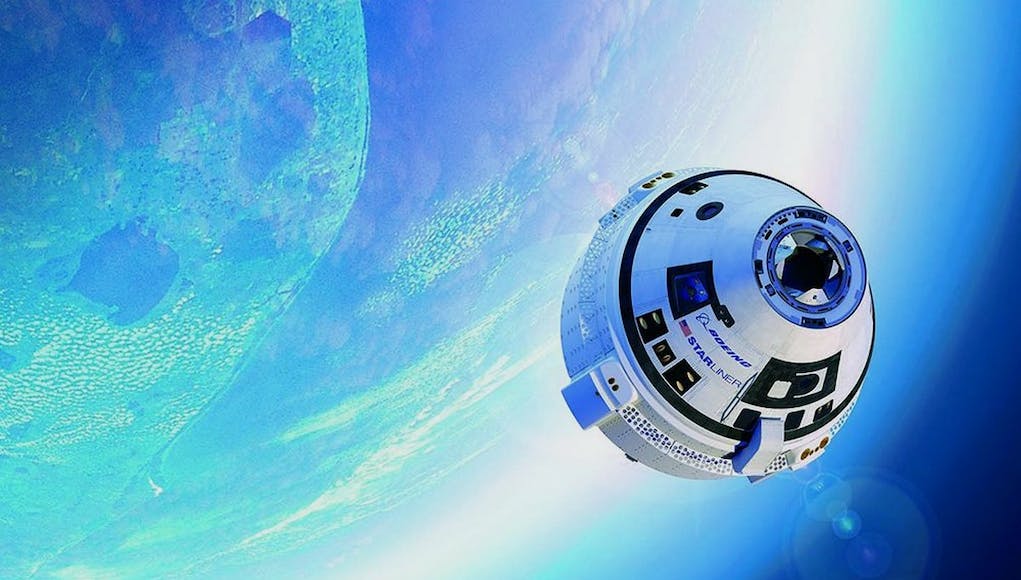 The firm say that teams ran multiple tests proving both the vehicle’s in-space maneuvering system as well as the critical launch abort system.

“With the safety of our astronauts at the forefront of all we do, this successful testing proves this system will work correctly and keep Starliner and the crew safe through all phases of flight,” said John Mulholland, vice president and program manager of Boeing’s Commercial Crew Programme.

“The milestone paves the way for the upcoming pad abort test and flights to and from the International Space Station later this year.”

After space X accident I’m Glad NASA selected two companies, hopefully in the next decade we can see some real commercial space programs develop around them.

Don’t you think the capsule design looks old fashioned? I know it’s the best aerodynamic design for a passive re-entry, using an ablative coating to protect the crew/ship whilst using aerobraking to slow the capsule down as it gets into denser air. Surely there must be another method of controlled re-entry from exo-atmosphere?

Seems like this has been around for ever but finally looks to be quite close to realisation on a practical level if recent production decisions come to fruition.

I believe much of the design is indeed re-hashed from stalled previous work from years back and updated specifically to save money and shorten the time to in service date.

It certainly seems a combination of the USAF’s proposed Dyna Soar project and the lifting body research NASA did in the ‘60’s. Perhaps if the Russians hadn’t kicked off a space race we might have gone that route rather than using rockets – the successor to the X-15 was intended to go into orbit.

One thing about the Space X Dragon capsule that’s very different though – it’s a reusable design, just like their rockets.

Compared to a few years ago post the Shuttle years, NASA seemed to be lost. It has only recently been since the emergence of competitive tending from private companies and China’s headlong technology rush, that NASA have started to ramp up again. The capsule route is the most easiest to implement because there’s over 50 years of experience in manufacturing and using them. Therefore, for private companies this is the quickest route to space. However, there is no real technological advancement, except in material specs. The Burt Rutun idea of a re-usable space-plane should be the way to go, however… Read more »

I think part of the issue is that we still have to use the atmosphere to slow down and this generates enormous amounts of heat. The heat is so extreme it finds flaws and takes revenge. Space shuttle Columbia being an example when damaged, from what would have appeared to be a fairly trivial event, although NASA was very concerned. To counter the atmosphere braking, vast amounts of fuel are required to slow the craft, as much as was required to leave the planet in the first place as more fuel requires more fuel to carry the weight of the… Read more »

Sean
Reply to  The Big Man

The Columbia damage was far from trivial, but what really killed the Shuttle were the financial compromises forced on NASA by Congress. If they’d funded the original design with a resusable launcher there would have been no SRBs and no Challenger disaster. There would also not have been a foam covered external fuel tank, the cause of the Columbia loss. And, if NASA hadn’t had to take on USAF demands for large cross range manoeuvrability on re-entry the length of rentry and the ferocity of heat experienced would have been far less for Shuttles. BTW by comparison with launch, very… Read more »

The Big Man
Reply to  Sean

My point was the damage looked trivial as it was low impact from something that had it occurred on the road, probably the driver would ignore. Hence my point about re entry being so hostile and finding any flaw. NASA was very concerned, but saw the likely damage as being out of scope for the astronauts and chose not to attempt any repair. The relationship between NASA and USAF may have influenced design and capability, but does not alter the requirements of re entry and how it tests the best design. My point on fuel use on re entry has… Read more »

Sean
Reply to  The Big Man

Ok I now understand what you mean. Rather than use atmospheric braking to slow the craft, which results in friction and the high temperatures, instead de-orbit and fire thrusters to slow the craft that way. Well Space X do something similar already with the Falcon 9 first stage, though not from orbital speed, but still around Mach 5. By reorientating the rocket and reigniting it’s engines it slows itself naturally, which is why I doesn’t have an ablative shield. That’s why on some launches they can’t recover the stage as very high orbit launches use up all available fuel. The… Read more »

I’d disagree, what Space X is an evolutionary approach but technologically advanced. Both the Dragon capsule and Falcon 9 rocket are fully reusable, something NASA failed to achieve with its Shuttle. And their BFR/Starship looks to surpass anything that NASA’s most optimistic designers could ever have hoped for. There are things they’ve missed, an aerospike engine would have made Space X launches even more efficient and profitable, but that would have added 5 to 10 years of extra development time. The Sabre and Skylon sound amazing, but I remember them being proposed as HOTOL back in the 1980’s. It will… Read more »

Ooh, not heard of China’s latest inadvertent return to earth. I do believe China is rushing their designs and manufacturing by cutting on their quality control. I think its all part of the headlong rush of evolving their super power status. If they are anything like the Russians of whose attitude is why bother it either works or it doesn’t? A friend of mine once worked for a certain satellite company in Southampton as part of the engineering assurance team. It takes months to pass all the quality checks, which is why they are much more reliable and generally surpass… Read more »

Getting commercial companies to take care of the low orbit stuff was one of Obama’s smarter moves.

UKspace and RAF to increase military and commercial space collaboration