Britain’s high-readiness aircraft carrier HMS Queen Elizabeth will sail today for the Arctic Circle to support a secret multinational mission, it has been revealed.

The vessel is being deployed to act as an emergency landing option should “a classified cargo aircraft” require its usage. We earlier reported that Typhoon jets will be deploying to the Arctic for what is intended to be a secret escort mission involving a cargo aircraft. We believe these deployments are related.

Speaking to NATO Admiral Feliz Navidad, we were told that this special cargo mission is being supported by both NATO and Russian assets.

Other commentators have noted that that the loading of provisions would be unusual as the craft is rumoured to be elf-sufficient and shouldn’t need anything else.

The Royal Navy told us:

“Part of HMS Queen Elizabeth’s previous trials involved the fitting of STOVL (Sleigh Take Off and Vixen Landing) equipment allowing for this kind of aircraft to land and take-off from the carrier.”

We understand that the undisclosed cargo is to be revealed nationwide on the morning of the 25th of this month but only to good boys and girls.

“We’ve received a request for assistance to support a multi-national air transport mission being launched from a currently undisclosed location within the Arctic Circle. As such, HMS Queen Elizabeth is being redirected to provide emergency provisions and a ‘back up’ option should the cargo aircraft involved need to land and refuel.”

This comes not long after it was announced that the Royal Air Force is on high alert this month in order to track cargo flights from the Arctic region.

UPDATE: We understand the provisions HMS Queen Elizabeth has been loaded with include Brandy and small biscuits. Also, this is just a Christmas joked designed to brighten your day in case you haven’t yet realised.

You had me until the second paragraph you snake! I was hooked on the story. Thanks for another great year at UKDJ George.

Not catching me, a good old traditional George Christmas post.

“Admiral Feliz Navidad” Lol. “Elf Sufficient” makes me think more of Tolkien’s Elves than little helpers these days but there you go.

Please, please stop posting these.
They are cringeworthy and we are not children.

It is George’s site he can do what he wants.

It is something to tease the kids with……

Maybe chill out a bit?

Nothing wrong with tapping into your inner child now and then helps develop balance when everything is dark.

Shut up. Some of us have children we show these to.

Shame on you. It’s Christmas. My grandchildren and I are looking forward to being looked after by the adults! Mind you George …you’re all at sea with this one….Merry Christmas.

Hi Watcherzero – The Christmas post is a UKDJ tradition, and how we love to groan and roll our eyes every year!

Its not ‘the’ christmas post, its usually 3 or 4 posts.
This story is the third one this December and we still have a week to go.

“When I became a man I put away childish things, including the fear of childishness and the desire to be very grown up.”

Clearly, you are not a man yet. Perhaps one year.

I can see someone getting a visit from the ghost of Christmas past. 😁😁😁

Something Different
Reply to  Watcherzero

Bah humbug to you too! Please keep posting these George!

You know with every thing as it is this was a not a good idea , irrespective of the intent you guys must be aware of automated triggers for Bayesian derived bot analysis . Plus if English is you second language you might just file this as reaffirmation of an proactive stance in regards of the Ukraine and there cannot be anyone here unaware of just how dangerous a situation were in right now .

Dangerous situation? 😃I’d bet my mortgage and your pension that there is nothing remotely dangerous about anything in Ukraine right now for anybody other than the people of that joint. The West will do absolutely Didley squat if Russia invades it’s a gigantic nothing burger as these crazy yanks like to say. And so this is Christmas I hope you have fun, the near and the dear ones the old and the young they will all be amazed at how a RN article about a mission to the artic has descended into chatter about a supposedly dangerous land conflict in… Read more »

Yeah it’s a Lump of Coal for him , which is so a Fossil and also too add insult Ba bloody Humbug Ukraine I’ll Lower 🙄

None of that thankyou Artist, everyone knows Santa is a proud Englishman, that’s why he’s decked out in Red and White, with not a blue insight.

Oh I don’t know about that .I’m sure the EU would send a sternly worded letter to Mr Puttin to please cease and desist his invasion.

Aye and a merry Christmas to yourself amigo

It’s coal for you.

Greta will be displeased George 😉

Most people probably would be.

At first I was like, How the hell does a 60+ thousand ton ship do anything in secret…

I agree with WatcherZero ….very sorry, the article is purile. IF the UK Defence Journal is meant to be a serious endeavour for serious reading about a subject that is not a joke then please stop this type of childish low level ‘humour’. However, I do thank the UKDJ for its work and wish everyone well for a happy Christmas.

Come on Clive”Bah Humbug” Cartey. The UKDJ IS a serious endeavour but once a year we have a little fun.
Cheers

If you’re going to be such a Stooge, then don’t bother wishing anyone a ‘Merry Christmas’.

You don’t even know me or my background plus you need to actually understand the character that Dickens created before throwing around the word ‘Stooge’. Goes back to my original point really.

It’s okay, I don’t agree with him.

You mean the same way NORAD remains serious every single second of every day, 365 days a year…

Could this be it? HoHoHo 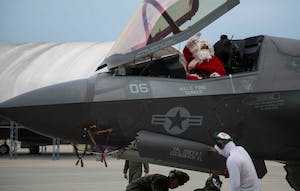 Elf and Safety looked Into as well hope so

You had me at first!

Haven’t we seen this before?

Thank you for cheering up me and my family.
Gave us all a good laugh, though the youngest took it quite seriously !

Is there not a danger here that the first generation magic of Christmas produced navigation radar that equips Santa’s ride may not detect a Fifth generation stealth aircraft. Risking a mid air collision. I think we need to get Elf and safety in that right away.

Thanks for all your work in this difficult year. Much appreciated.

‘Secret mission’ sort of gives it away but I was still looking forward to hearing about an impromptu carrier deployment.

Okay, okay I get it. You know, humour can be a powerful ‘weapon’ but we don’t deploy it enough. Well done UKDJ. 😊🇬🇧🏴󠁧󠁢󠁷󠁬󠁳󠁿❤️

Excellent little story and it brightened my morning up. 🇬🇧

Are the Red Arrows providing air cover, amazed the amount of Jelly Heads who flag this without reading the story on FB. they will get you banned.

I think the word ‘sensitive’ is more apt to this tale. ‘We are secretly sending our biggest ship on a secret mission’.

Who writes this drivel.

Hi Tom, my name is displayed above the article and also in a massive box titled ‘About the author’. You’d know that if you’d actually read the article. More to the point, you’d also have noticed this is a Christmas joke…

I knowed wot you thunk I didn’t knowed … I was looking to provoke a response (not necessarily from you). I hope you have a very Merry Christmas, and a Happy New Year.

I got to NATO Admiral Feliz Navidad and thought “WTF?” and as I continued reading my brain twig it and I started laughing.
﻿
Suggestion for future: NATO US Admiral Robert Sleigh and VA Toby Oggan 😄

Happy Xmas.
Will Miss Claus will also be helping

Can we get a live stream then?
Everyone on the planet loves the British Empire secret stuff!

Hopefully a large consignment of night vision carrots will be included in the stores for inflight refuelling deployment.. 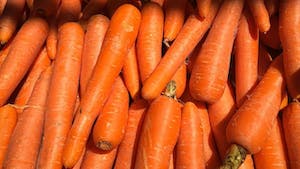