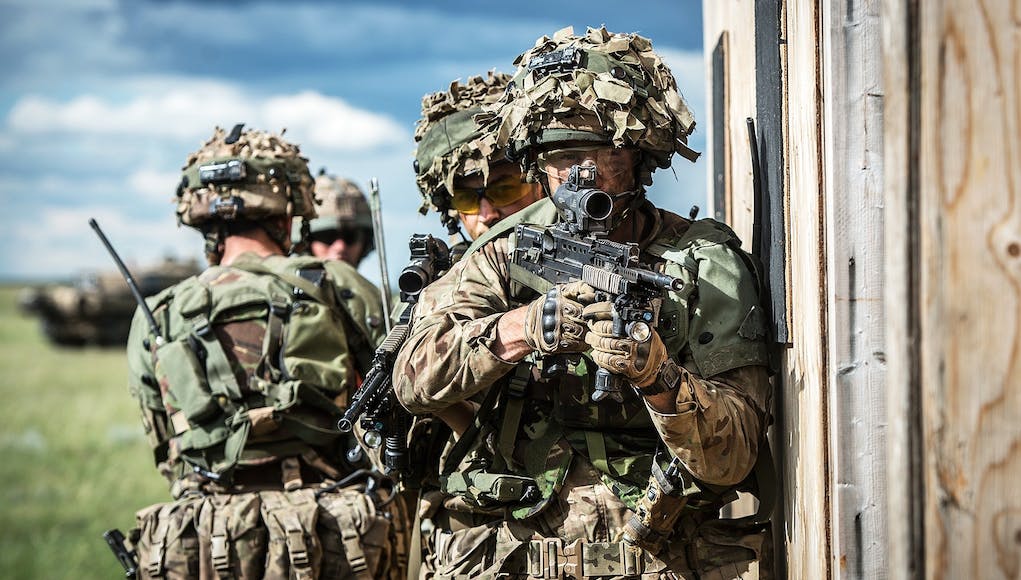 The UK is playing a substantial role in tackling security threats across Africa, with deployments in Nigeria and Somalia.

Around 30 British troops have recently arrived in Somalia to bolster a United Nations mission, while a 35 strong RAF team have been training Nigerian personnel helping to fight Boko Haram.

An RAF Short Term Training Team have been advising the Nigerian Air Force (NAF) in how to defend their airbases from threats such as that from extremist group Boko Haram.

Personnel from No.5 Force Protection Wing and 51 Squadron RAF Regiment are also helping to boost the NAF’s skills in improvised explosive devices (IEDs), tracking insurgents, identifying weapons caches and navigation. They have also worked with the Nigerian Army on improving ground-to-air coordination.

“We stand united with Nigerian efforts to defeat this brutal terrorist organisation.

That is why we are increasing our support to their armed forces as they fight extremism.”

This mission is part of a step up in UK support announced by the Defence Secretary in December, paving the way for multiple deployments of up to 300 UK military personnel across 2016.

More than 5,000 members of the Nigerian Armed Forces have now benefited from UK training since April 2015, which has also included medical training, infantry skills, media operations, command and leadership, and support to Nigerian military training schools.

Around 30 British troops have recently arrived in Somalia to bolster a United Nations mission helping to ensure security against the threat of extremism.

In a demonstration of the flexibility and global reach of the UK’s armed forces, the personnel will provide medical, logistical and engineering support as part of UN support to the African Mission in Somalia, which is working to build stability and help counter the threat posed by terrorist group Al-Shabaab.

“We are determined to tackle terrorism wherever it appears and this deployment demonstrates our commitment to help stabilise Somalia.”

The extra 30 troops brings the current number in-country to around 40, after an initial British team arrived in May to help strengthen infrastructure ready for this deployment. Up to 70 UK personnel will travel to Somalia in 2016 as part of the deployment.

When they could 35 soldiers as a substantial number, we know the budget cuts have gone too far.

A bit like our Foreign Aid Programme, maybe we should assist nearer home first!