HMS Argyll will first deploy to the Gulf and then move on to Japan and South Korea.

The deployment was announced by the Prime Minister last year, in response to a series of missile launches by North Korea.

The frigate is expected to take part in military exercises with Japan.

Firing trials for the new Sea Ceptor air defence system on-board the vessel were successfully completed late last year. The completion of the firing trials from Type 23 frigate HMS Argyll means Sea Ceptor can proceed to the next stage of the acceptance into service with the Royal Navy.

“In the face of intensifying global threats, cutting-edge systems like Sea Ceptor will keep the UK safe. These successful trials from HMS Argyll mark a major milestone towards the introduction of this world-class missile system into service for the Royal Navy.

Work to develop and install Sea Ceptor across the Royal Navy is also boosting British industry, supporting 600 jobs in the Bristol, Stevenage and Bolton areas.” 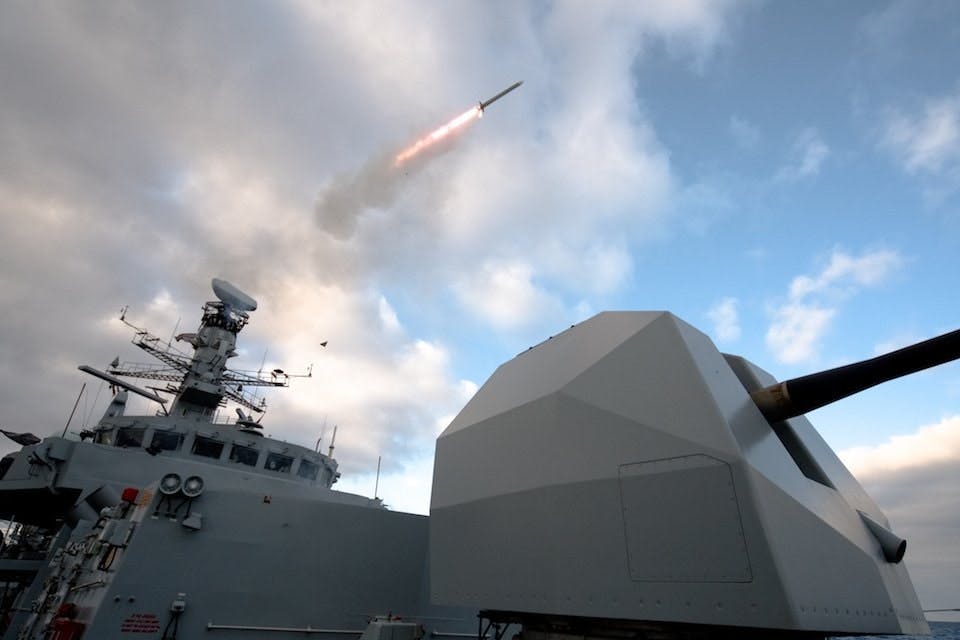 The first firings of Sea Ceptor were conducted from HMS Argyll at the Hebrides range off the coast of Scotland and involved firing the system to assess its performance against a range of scenarios.

Interesting news coming out of Aus:

That is interesting, thanks for the link

We can wish that the UK stops acting like Mother and realises that we are a sister to some great nations.

I really do hope T26 achieves success with the Anzacs and Canada.

The French and Germans are involved in RIMPAC

So is the Royal Navy (not sure how though)

A headline photo of HMS Argyll post refit with sea ceptor would have been better than one with seawolf and type 911 radars.

Mike
You beat me to it …

Further from above ,
it still has 996 instead of ARTISAN
4.5 Mk 8 Mod 0 instead of the current Mod 1
30mm GCM not 30mm Bushmasters with electro-optic turrets
No ship TV system dome…

They must get the info from Navy News which was always a Pompie centric source of info for the RN.

If the RCN selects the T26 for its next frigate, the costs per unit ought to come down enough that it has a real chance in the export market.

Certainly a positive for export if the selection is made, but Oz will certainly plan to do all the build locally so any cost reductions for additional exports and the UK program would seem to be a function of how much of the T26 program £8B program costs are development versus materials and manufacturing costs and how much of that development cost is can be recovered in competition bids.

Good points! IMO a consortium should be formed with all countries involved to hammer these issues out quickly so those costs can be recovered to make this design affordable, economically (and politically) viable for all parties involved. It’s a great design and I wish the USN would go with it. However, the current costs are just too great.