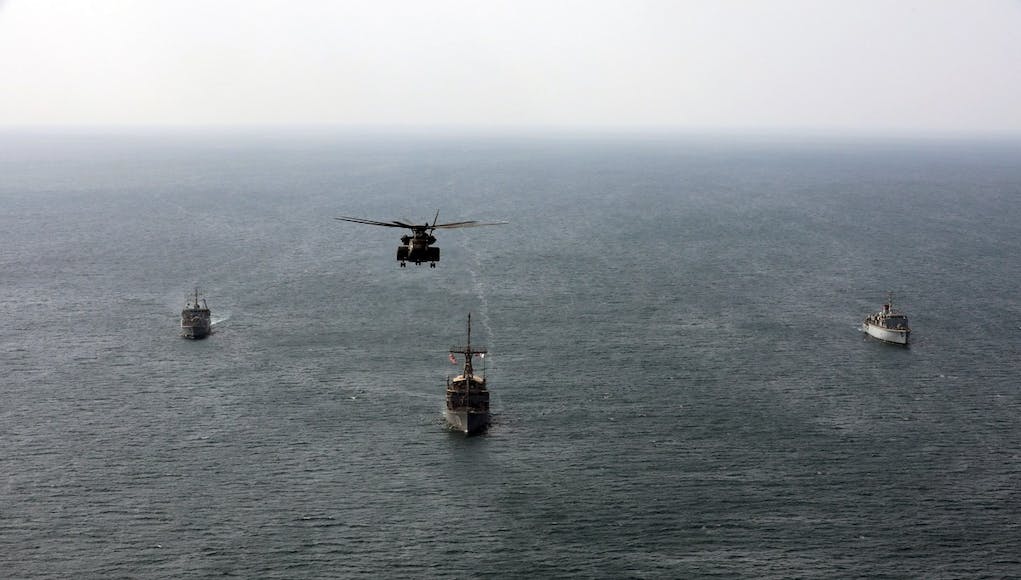 HMS Brocklesby joined Al-Shaqra of the Royal Saudi Navy ­– a British-built Sandown class minehunter similar to those operated by the UK – and the US Navy’s USS Dextrous for the second combined mine warfare exercise of the year involving the three nations.

The Americans also committed an MH-53E Sea Dragon from their Helicopter Mine Countermeasures Squadron 15 for the combined training.

“The three ships and helicopter practised not only their ability to find and eradicate practice mines, but also carried out more general training such as sailing in close formation and honing communications and ways of working so that they can operate seamlessly together in a real-world scenario.

The four-day exercise was directed from the Saudis’ Mine Warfare Centre at the King Abdulaziz Naval Base in Jubail and the senior British officer involved in proceedings, Captain Don Crosbie, was delighted with its outcome.”