HMS Trenchant went up against and worked alongside 25 surface and sub-surface assets, comprised of nine submarines and 16 surface ships, drawn from 13 nations across the globe, including France, Canada and Portugal.

The Royal Navy say that for the first time, an RAF Poseidon P8 maritime patrol aircraft was also involved in the exercise.

“This was a great opportunity to train and refine our war-fighting skills with our NATO allies and demonstrate the potency of HMS Trenchant.”

Following the exercise, the boat sailed south to take part in a number of exercises, involving Type 23 frigates, Merlin helicopters and the P8.

“In total, Trenchant trained and interacted with 25 surface and sub-surface assets, comprised of nine submarines and 16 surface ships, drawn from 13 nations across the globe, including France, Canada and Portugal. The biggest exercise was Joint Warrior, Europe’s largest bi-annual collaborative training exercise in which a number of NATO allies simulate escalating tensions off the coast of Scotland.

Joint Warrior coincided with Trenchant welcoming aboard the Submarine Command Course, known colloquially as Perisher. The students who embarked had already participated in months of training in the run up to the final three weeks onboard an operational unit.  The arduous and mentally-taxing course is renowned as being one of the most difficult of its guise in the world.

Those who pass will go on to be the future commanders of Royal Navy submarines, but first they had to prove they have what it takes, demonstrating their abilities to the course leader. The students who successfully completed the course celebrated onboard with a Perisher’s breakfast prior to departing and joining their respective submarines as newly-qualified Executive Officers.”

Fantastic! Great to know, and God speed to her.

I’m a bit concerned though – especially for our nuclear deterrent subs – about the Russian “Harmony” system that they appear to be deploying to the Arctic, North Atlantic and then Pacific. I believe this is basically a mobile SONAR-type grid listening system. Don’t want anybody to reveal anything here in Public about NATO measures and counter-measures, but I just hope we are “on it” and money is being spent in this area.

I bet the submarine won ? incredible machines, and deadly in the hands of one of our superbly trained ‘Perisher’ graduate captains and first rate crews. ??

Would have made a good Perisher course. Anyone any idea on the submarine to air missile. I seems to remember the idea with blowpie being attached to a mast.

That periscope picture is a blunt reminder as to why having so few frigates is crazy. A major warship can be easily taken out by an SSN and a heavy weight torpedo.
Just 13 frigates is madness.

And a mere 7 SSNs is madness as well. 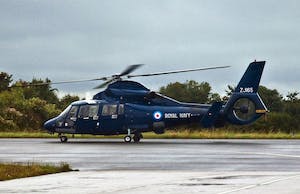