Royal Marines and Army Commando Engineers have started restoring vital services on the Turks and Caicos Islands after a special team flew in to assess damage.

Two dozen commandos were flown in by RAF ahead of the main British relief effort to survey the devastation, meeting island leaders to determine where best to set personnel to work.

40 Commando’s Commanding Officer Lt Col Paul Maynard said his men’s first impression of the Turks and Caicos Islands was of “utter devastation”. He added simply: “The Lead Commando Group is coming to help.”

Many islanders have lost their homes, their possessions and their livelihoods, but despite such a terrible blow, Lt Col Tom Salberg, 24 Commando Regiment’s Commanding Officer was amazed by their resolve and response to Hurricane Irma.

“The islanders have been through a lot, but I have been thoroughly impressed by the authorities’ response and the community spirit and approach of everyone here. We now are trying to work out where we can best help those efforts.”

They toured some of the devastated areas on Providenciales, the most populous island in the Turks and Caicos, which lie about 550 miles northwest of the British Virgin Islands, where much of the UK’s military aid effort has been focused since the relief operation got under way on Friday.

The advance party inspected the island’s water pumping station, which turns sea into drinking water for the 23,000 inhabitants, the security fence around the airport which has come down in places – and means animals can stray on to the runway – and the main prison, also damaged.

“From the initial locations we’ve visited, we’ve identified work where we can assist the authorities to repair infrastructure and services for islanders,” said Capt Ben Stickland RE.

“It has been impressive to see the response by local contractors and residents re-establishing normal life in the wake of such devastation.”

Meanwhile, Charlie’s Alpha Company comrades have continued their efforts to deliver aid around the British Virgin Islands – especially to communities difficult to reach by road.

Vital supplies were delivered by powered raft from RFA Mounts Bay to the port at the capital Road Town, then driven by commandos to the makeshift helicopter base at Peebles hospital, where they loaded the stores on to waiting RAF Puma helicopters.

The airmen flew three delivery missions to communities in the West End, East End and those from Cane Garden Bay.

At the latter, the helicopter landed on the beach where it was met by those in desperate need of supplies.

“Although I was there as a photographer, the opportunity to step aside from and help give out these supplies was humbling. I can see how much of a difference our guys are making and it’s nice to be part of that,” said Leading Photographer Joel Rouse, who has flown out with 30 Commando Combat Camera Team to record the military effort for posterity, but felt impelled to get stuck in and assist. 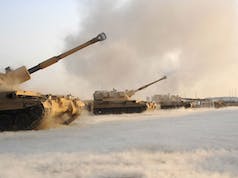 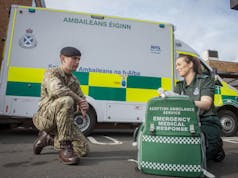 Do they even still make spare parts for those?

Havent they just had a major refurb. Very good Helicopters – but clearly showing their age now

First flew in a puma in 1975, lot better than a Wessex but not a lot of space if your carrying full kit and weapons.

Always remember being told when getting into a puma to keep the rifle barrels pointing to the floor as it didn’t much to puncture the airframe skin of the puma.

Not a great morale booster if you expected to come under fire when you were in one.

In my opinion the puma should have been replaced by Blackhawks a long time ago. 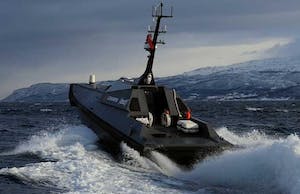