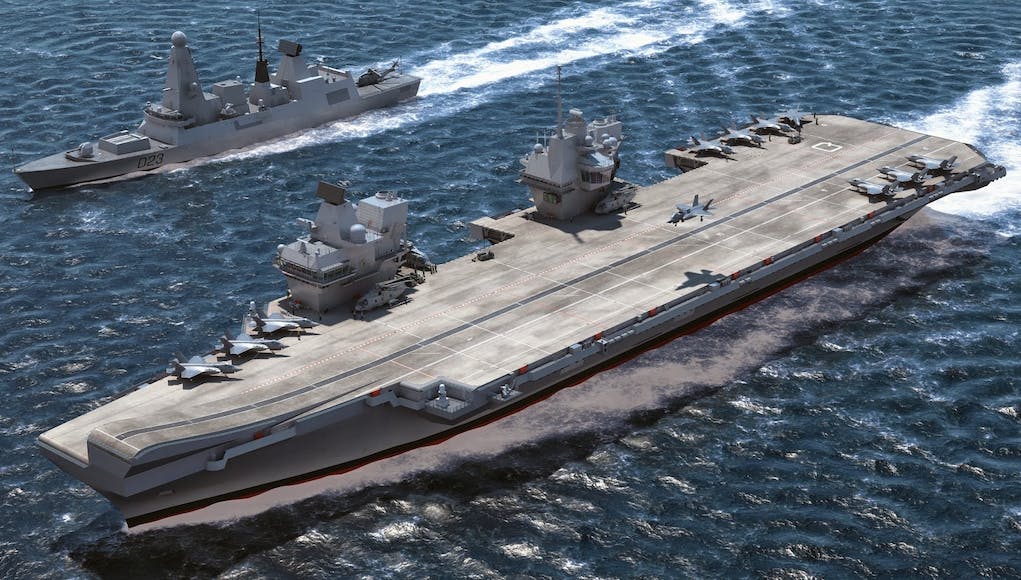 “These are non-negotiable commitments not subject to revision by the ongoing Strategic Defence & Security Review” said Minister of State for Armed Forces, Penny Mordaunt to reporters in Washington recently.

“The decision to have two carriers was taken prior to the SDSR, and for my money, that was absolutely the right decision. We have made certain assumptions going into the SDSR about some of the things that we think are fundamental and we have already committed to. Manning them is very much already factored in to the Navy’s manning plan.”

What’s still unclear is how many F-35B’s the UK will procure, however many of our colleagues in the forces expect a total order of around 90 F-35B’s but this is merely speculation.

The UK is fully committed to both the F-35 and the Queen Elizabeth carrier programmes, both of which are on track to enter initial maritime operating capability in December 2020 as planned. HMS Queen Elizabeth will commence sea trials in 2017 and UK F-35 aircraft will be used for first of class flying trials in 2018.

The Queen Elizabeth class aircraft carriers will be the largest surface warships ever constructed for the Royal Navy and will represent a significant increase in capability. The vessels will be utilised by all three branches of the UK Armed Forces and will provide eight acres of sovereign territory. Both ships will be versatile enough to be used for operations ranging from high intensity conflict to providing humanitarian aid and disaster relief. The class will have increased survivability as a result of the separation and distribution of power generation machinery throughout each ship. The class has been designed with twin islands, which separates the running of the ship from the flying operations resulting in greater visibility of flying operations. Surprisingly for their sheer scale, each ship will only have a total crew of 679, only increasing to the full complement of 1,600 when the air elements are embarked. This is made possible by extensive automation of many systems.

The vessels are capable of deploying a variety of aircraft in large numbers, up to a maximum in the upper fifties in surge conditions. In addition to the joint force of Royal Air Force and Royal Navy F-35Bs and their pilots, the air wing is expected to be composed of a ‘Maritime Force Protection’ package of nine anti-submarine Merlin HM2 and four or five Merlin for airborne early warning; alternatively a ‘Littoral Manoeuvre’ package could include a mix of RAF Chinooks, Army Apaches, Merlin HC4 and Wildcat HM2. The Crowsnest AEW&C aircraft will come from the embarked Mk2 Merlins – whatever the compliment carried in a particular TAG, the Crowsnest kit will be role fitted on a daily basis.

Tabloids often like to quote 12 as the maximum number of F-35B’s the carrier will be able to carry, however this is nonsense. The carriers, in peacetime, will usually deploy with 12 F-35B’s as a minimum and a number of various helicopters. To reduce costs and free aircraft for other commitments, the maximum aircraft complement will not usually be carried in peacetime, it instead will be supplied as required or deployed to the vessels in the event of a crisis. Rather than funding a large and permanent Carrier Air Group, the relatively new concept of a Tailored Air Group rather than fixed Carrier Air Group will be adopted for the Queen Elizabeth class with the exact types and numbers of aircraft embarked being adjusted to meet current requirements and threats.

I agree the total number of F35’s procured over the long term will be in the region of 90. However this may well be mix of A and B versions, it has been stated in a number of credible publications that the RAF would prefer the A version. This would increase its warfighting capability albeit with the loss of the STOVL mode of operation. How many of the B version would be needed to give the 2 carriers a credible strike capability? it has been suggested that 60 B’s would be required and the balance made up of A’s for… Read more »

Perhaps a combination of B’s and C’s. That would assume however that the carriers would eventually be converted to carry EMALS catapaults with traps at the back.

Re the above comments – the RAF will be expected to put ALL their 30(?) F35’s onto carriers if required, leaving none for home defence or other purposes? Don’t think so. And given the amount of down-time needed by the F35 for essential maintenance between flights, the Navy will be lucky if they can fly more than ten at a time. That’s if they can iron out all the bugs, and the US doesn’t cancel the whole project.

“the RAF will be expected to put ALL their 30(?) F35’s onto carriers if required” – Where are you getting this figure from? The total fleet expected by experts is around 90. “leaving none for home defence or other purposes? Don’t think so.”- The UK uses Typhoons for Quick Reaction Alert flights in the UK. “And given the amount of down-time needed by the F35 for essential maintenance between flights, the Navy will be lucky if they can fly more than ten at a time.” – That’s an arbitrary number. “That’s if they can iron out all the bugs, and… Read more » 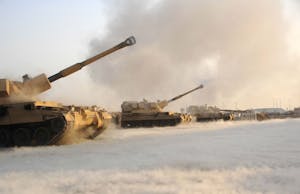