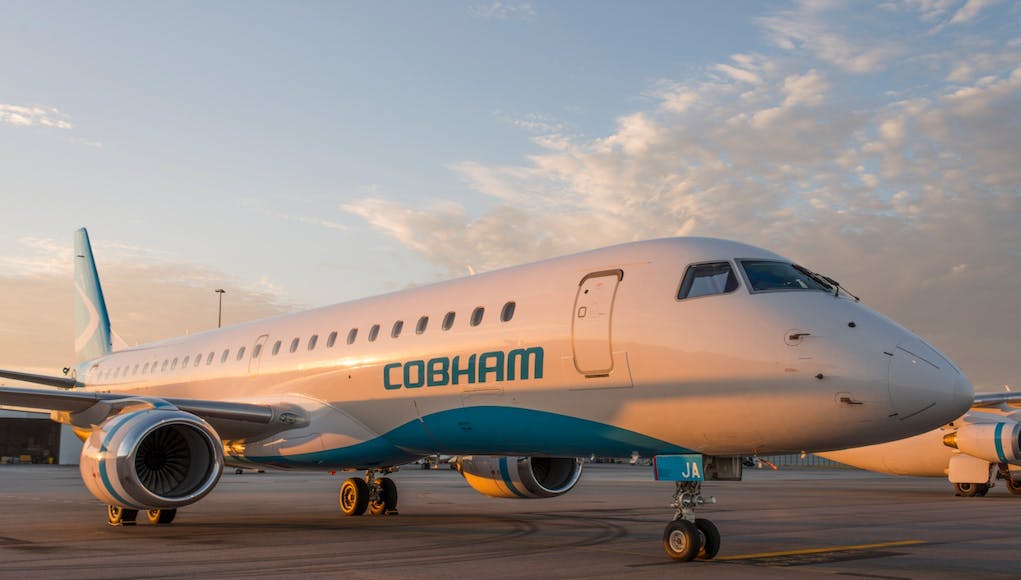 Cobham Aviation Services has taken delivery of an Embraer E190, the latest jetliner to join the company’s fleet.

The aircraft, under the command of Cobham’s Head of Training and Check, Wayne Ovens and Captain Rob Carratello, touched down in Perth, Australia this week afternoon after a delivery flight from Nashville, Tennessee, in the United States via Los Angeles, Hilo in Hawaii, the Marshall Islands, Cairns and Alice Springs.

The aircraft’s arrival means the twin-engine E190 joins the Cobham group’s family of jets, all of which are customised to meet our client’s needs, with each offering between 71 and 125 seats.

“This aircraft is a high performance platform which provides our customers with greater reliability and a significantly enhanced passenger experience,” said Ryan Both, the Chief Executive Officer of Cobham Aviation Services.

The aircraft offers substantially better operational performance than other types servicing the resources sector – like the Fokker 100 – as it’s faster, flies higher and has better fuel economy.

The 98-seat regional jet will be deployed between Perth and Barrow Island seven times a week ferrying oil and gas workers in and out of Chevron Australia’s operations and projects in Western Australia.

Cobham Aviation Services has a significant presence in Australia.

I doubt it. Not conventional airliners anyway, airbus and boeing have that market covered! However supersonic airlines are coming, hopefully. With the development of the sabre engine British can truly corner that market before the sell the technology to everyone else, or until they steal it! That’s what should of happened with the jet engine but no we sold it to the cheapest bidder!

Admittedly we were pretty much bankrupt and giving the US the design to the engine was only one of number of research programs we gave them. However, following the war they gained access to the axial gas turbine from Germany plus other technology, so subsequently left us behind as they had the money to spend, whilst we didn’t.
To the victor goes the spoils.

Yeah, after WW2 we sold a total of 55 Rolls Royce Nene engines to the Soviet Union – on the condition that they would not be used for military purposes. The Soviets subsequently reneged on this agreement and fitted the Nenes to the Mig 15, producing an aircraft almost equal to the US F86 Sabre jet. The Nene was then reverse-engineered and emerged as the Klimov VK-1, which also powered the Mig15. This engine was then sold under licence to the Chinese!

All part of the great technology give-away practised by all subsqent post-war UK governments.