Since an initial collaboration between the two companies was announced in May 2018, engineers have been working at pace to develop two 35-metre solar-powered UAV prototypes, various sensor payloads and operational concepts.

In just 15 months, the team has delivered two full-scale prototype aircraft, which are now undergoing integration testing at BAE Systems’ Warton facility in Lancashire in preparation for flight trials planned for early next year. 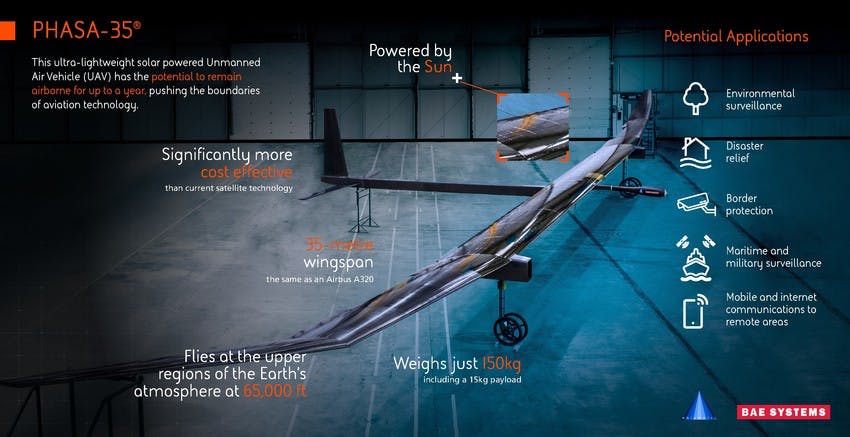 “The UK is a world leader in combat air technology and bringing together the best of British expertise is critically important to drive future technological innovation that will ensure we retain this enviable position.

Working together with Prismatic, we’re pushing technological boundaries to develop a revolutionary solar powered aircraft at an incredibly rapid pace. Our investment in the company will enable us to take this technology into production, with the very real possibility that this aircraft could enter initial operations with customers within 12 months of flight trials.”

“We are a small, entrepreneurial team of scientists and engineers focused on designing and demonstrating novel, high value aerospace systems. This investment from BAE Systems represents a landmark in the development of Prismatic, giving our team access to world-class expertise and capacity in systems integration, productionisation and operations that will enable our developments to be fully exploited.

This is a partnership built on outstanding technical experience and which exploits the very best in small company thinking and large company experience.” 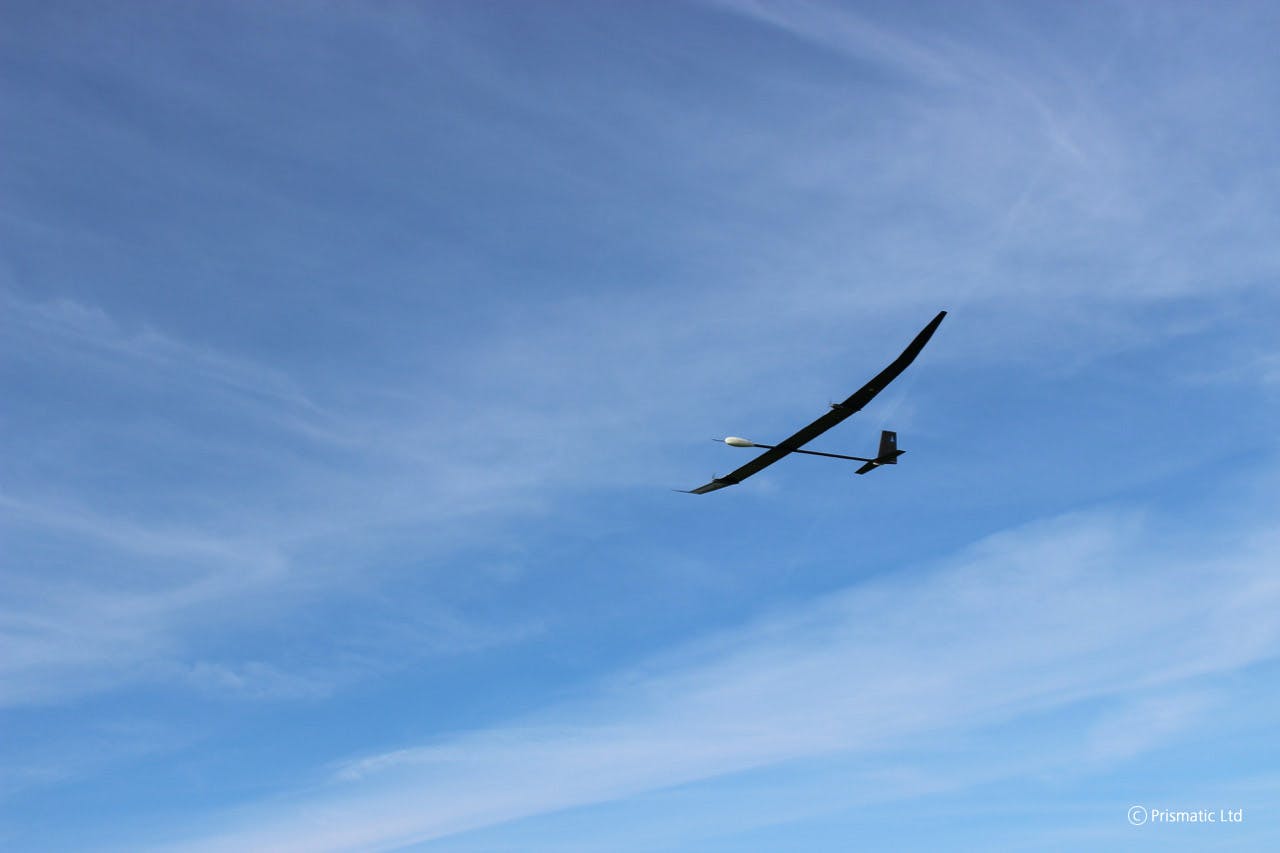 As a High-Altitude Long Endurance (HALE) vehicle, the PHASA-35 (standing for Persistent High Altitude Solar Aircraft) is powered by the Sun during the day and by batteries overnight.

The firm say that the long-life battery and highly efficient solar technology allow the aircraft to potentially maintain flight for up to a year, operating in the upper regions of the Earth’s atmosphere.

“Due to being made from ultra-thin carbon fibre composite material, PHASA-35 has a lightweight build and high aerodynamic efficiency, which allows it to fly at high altitudes for extended periods of time. The aircraft has also been designed to be easily manufactured. The prototype PHASA-35 has a 35-metre wingspan and weighs just 150kg, including a 15kg payload.

PHASA-35®, when connected to other technologies and assets, will provide both military and commercial customers with capabilities that are not currently available from existing air and space platforms.”

The UAV has the potential to be used in the delivery of 5G networks, as well as provide other services, such as persistent surveillance, disaster relief and border protection, at a fraction of the cost of satellites.

How much can you do with a 15kg payload? I’m not criticising, I’m interested in some realistic data points to try and get an idea of what this thing could do. I also wonder whether that 15kg payload needs to include any extra batteries to power the payload itself or whether the host frame has a certain extra power/battery provision for the payload presumably up to some manufacturer-specified limit that the payload electronics would need to keep within. Presumably the batteries are mainly for the times when the drone is in nighttime so that it can run off batteries while… Read more »

This thing is mainly reconnaissance/surveillance. Check out the 2nd picture down for potential applications, at a fraction of the cost of satellites.

Zephyr typically drops from 75,000ft to 60,000ft overnight when on batteries, before re-climbing when the sun rises.

You can do an awful lot with 15 kg, but these are in many ways test platforms. And they’re cheap…

Cubesats are normally less that 1.33kg, and they require a rocket launch to get them into low earth orbit. 15kg is very usable for missions such as optical or radar surveillance, and as communications nodes and relays. The ability to lay down a 5G net over a discreet location for example, or provide surveillance and communications support for an SF operation.

Great to know. Thanks. Interesting to compare with Cubesats. I suppose I was worried about how big a lens might be needed to get good enough optical resolution from that height, or radar array weights for non-optical, but thinking about it in the optical arena at least then dedicating even a third of the payload weight to the actual lenses would give some pretty serious 5kg lenses! Interesting also about the glide up and down. That makes a lot of sense. I wonder whether, when it is dropping 15,000ft each night, it can recover some of the potential energy lost… Read more »

This is an exciting and impressive product that I will be watching with interest.

Isn’t this just another Zeypher?

I believe so. The Zephyr I believe has a more usable payload. One of its primary roles is as a communication relay. Doesn’t it have the record for the longest duration single flight of 28 days or something?

zephyr can only carry a 5kg payload

I think the US special forces have expressed an interest in addition to UK, so I imagine BAe don’t want to leave the field to Aribus.