Advent International made their offer to buy British defence firm Cobham earlier in the year amid heavy criticism.

In July 2019, the company’s board agreed to recommend a takeover offer of £4 billion from American private equity firm Advent International. However, the bid was criticised by Cobham’s largest shareholder, and the firm’s chairman subsequently remarked that Cobham was seeking out alternative offers.

“This is a deeply disappointing announcement and one cynically timed to avoid scrutiny on the weekend before Christmas. In one of its first major economic decisions, the government is not taking back control so much as handing it away.”

In response, Advent issued several guarantees, intending to mollify national security concerns ahead of pending approval of the deal by the British Government.

Boris Johnson, on a visit to see British troops in Estonia, told press:

“I think it’s very important that we should have an open and dynamic market economy. A lot of checks have been gone through to make sure that in that particular case all the security issues that might be raised can be satisfied and the UK will continue to be a very, very creative and dynamic contributor to that section of industry and all others.”

However, a Competition and Markets Authority report published at the end of October said the MoD had outlined two main areas of security concern over the sale.

“The MoD submitted that it considers that there are two main areas of national security concern arising from the proposed Transaction, namely those arising from:

(b) the extent to which the Transaction posed a risk to existing MoD programmes if the merged entity took decisions to exit from, underinvest in, or move off-shore, the associate capability. “

“We are confident the transaction and undertakings being given on national security, jobs and future investment, provide important long-term assurances for both Cobham’s employees and customers, particularly in the UK and also globally.”

Who are Cobham anyway?

Cobham was originally founded by Sir Alan Cobham as Flight Refuelling Limited (FRL) in 1934. A wide range of aircraft have since been equipped with Cobham’s refuelling equipment. The company has grown and diversified into various markets, often through acquisitions. Michael Cobham, Alan’s son, took over its leadership during 1969.

During 1994, the firm was formally renamed Cobham plc; by this point, the company had in excess of 10,000 employees and had operations present in North America, Europe, Malaysia and South Africa.

Cobham is organised into divisions: 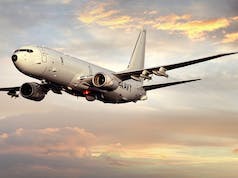 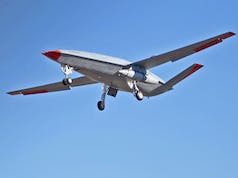 Yet another world-class British company set to be hoovered up by the U.S. Look at Cobham…..the family resisted a U.S. takeover and the Tories said they’d look into it. Surprise, surprise, this side of the election Ms Loathsome decides that there are no problems at all. Lemmings over a cliff-face! 🙁

Aethelstan the curious
Reply to  Herodotus

This reminds me of Cadbury’s and Terry’s takeovers.
As soon as the tories have moved on to another sell out, most of the firm will be moved to the states. Shame is this technology and capability is even more essential than chocolate. Tory sell off of Britain continues.
Free aircraft carrier for every golf course?

Ian
Reply to  Aethelstan the curious

At least it’s not China buying our defence business

Strange to say it but one of the two things I agree with Trump on is the theft of technology by the Chinese.

HF
Reply to  Aethelstan the curious

Been this way for decades, unfortunately.

Were people worried when Cobham was busy buying up US companies?

5% of Cobham business is with the UK MOD.

Also BAE systems is a major supplier to the US DOD after buying US companies.

I don’t believe there is a case for the UK government to prevent the sell of Cobham to a US investment company.

I’m always against selling off UK companies to foreign owners and believe we should retain our assets and let them generate wealth and business for us, the UK, not seeing them stripped of worthy assets, profits syphoned off overseas and then spat out.

Having said that, it must be said that British companies also buy up other nations companies too, which generate far fewer headlines.
It works both ways.

There are advantages and disadvantages of a global free market, but whatever the disadvantages they are certainly superior to a state controlled economy where the Government decides what can and can’t be sold.

The use of the national strategic interest to veto any move to protect a UK company should only be used where absolutely necessary.

The funds released to UK investors by this takeover should hopefully be used to invest into new ventures.

‘The use of the national strategic interest to veto any move to protect a UK company should only be used where absolutely necessary.’
Why? That’s just free-market dogma. Our national interests go beyond security issues!

So Cobham shouldn’t have been permitted to buy several US companies by the US government?

Looking at the Cobham balance sheet half the value of the company is due to Cobham’s aggressive purchasing of US companies and it’s principal customer is the US DOD.

The idea that it’s a cute little UK company toiling away in Dorset waiting to asset stripped by a foreign investor is fanciful and factually incorrect.

True, but I’m afraid that US acquisitions are the bait on the hook. Softly, softly, catchy monkey! Let’s remember to discuss this when Cobham UK is a subsidiary of Cobham USA….remitting what’s left of its profits to a faceless investment racket. Roll-up, roll-up, everything is for sale for the next five years!

Well, why not maintain a golden UK share in the company as with BAe so that the government can veto any decision prejudicial to national security? In addition, do what BAe systems Inc does as an American subsidiary of BAe Systems PLC and corden off the sensitive military data whilst sharing the commercially relevant data with the parent company? This way the US buyers cannot simply asset strip Cobham and then bugger off with the assets and move manufacturing to the USA.