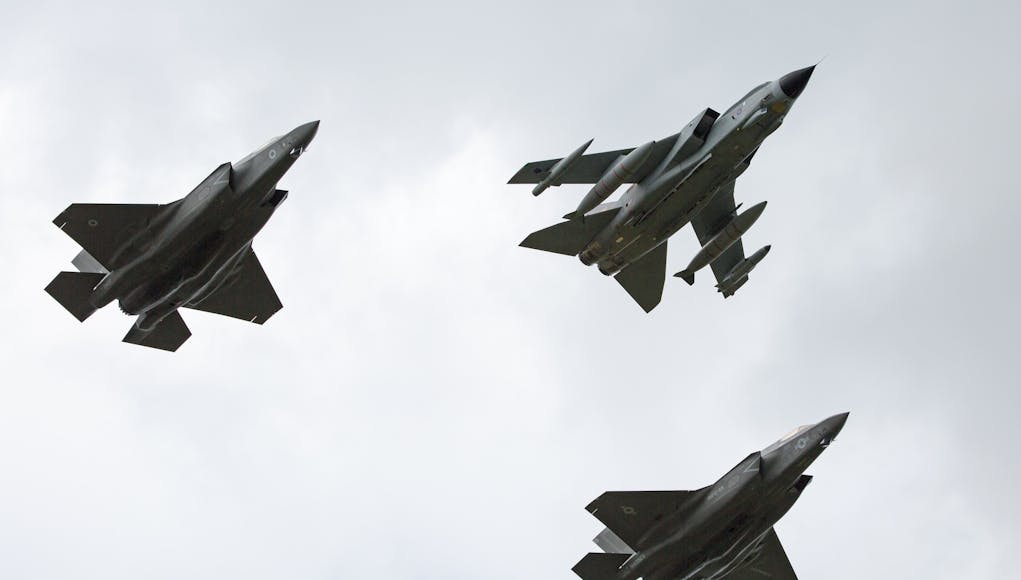 It’s no secret that British forces wouldn’t have been able to reach that goal without their partnership with the US Marine Corps.

In order to train to meet operational requirements, a decision was made many years ago to integrate the training of the USMC and RAF together. About 10 years ago the UK’s Royal Air Force and Royal Navy began discussions about combining efforts on initial F-35B training with the United States Marine Corps.

“It started out as just a conversation about, ‘Wouldn’t it be a good idea to pool our resources?

These discussions eventually resulted in a ‘pooling implementation agreement’ between the RAF, Royal Navy and USMC.

The ability of the F-35 to drastically improve the combat capability of other assets was demonstrated recently when an F-35B and Aegis Weapon System worked together during a live fire exercise, with the F-35 passing sensor data to another platform which then engaged the target.

The F-35B will drastically increase the situational awareness of the forces with which it will deploy and for the UK, where deployed numbers may be a concern, it represents a fantastic way to enhance combat capability in any coalition or national effort.

How many F-35’s will the UK have received by the end of 2018 and how many of the 138 are confirmed as firm orders at this point?

Today 8 UK F35Bs are flying, with contracted orders for another 9 now placed. another batch is expected to be ordered later this year too. So at the least we should have had 17 delivered by sometime in 2018 and maybe a few more depending on that next porder and its delivery schedule. The UK has in its procurment funding plan nealry £5n allocated for the purchase of 48 F35Bs by 2025. The plans for the remaining aircraft out to 138 are as yet unclear and certainly not yet funded in the present 10 year MoD Dfence Peocurment Plan Expect… Read more »