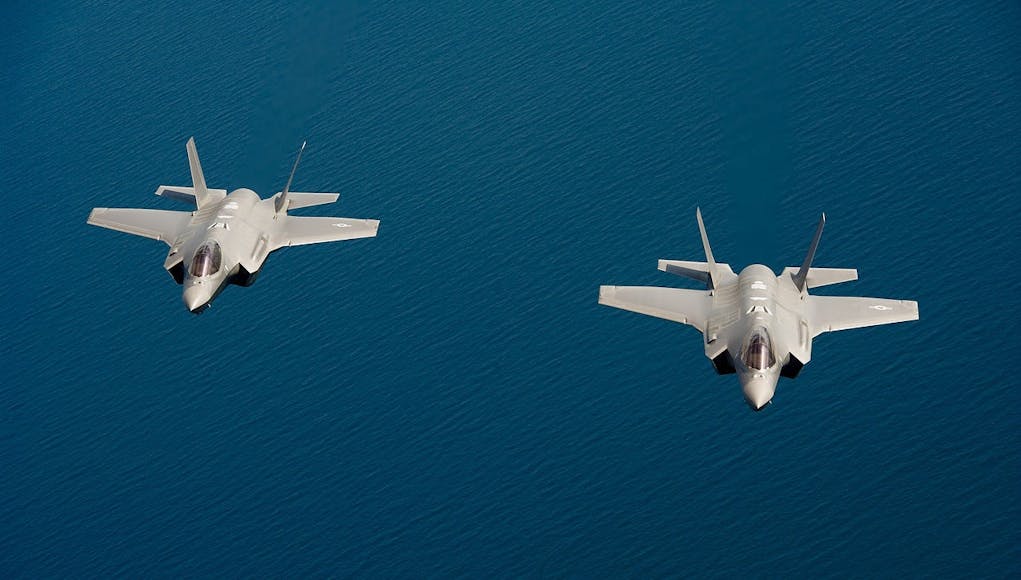 Retired Marine General James Mattis has backed the F-35 after it was recently criticised by President-elect Donald Trump.

Senator Richard Blumenthal, a member of the Senate Armed Services Committee, told the Hartford Courant newspaper that Mattis gave a “clear commitment to the continuation of the F-35”.

The speculation started after a string of tweets posted by President-elect Donald Trump were interpreted by many to signal the end of the F-35.

The F-35 features a significant amount of British developed components, in addition to 15% of every jet sold globally being built in Britain. As the only Level 1 partner, the United Kingdom has garnered tremendous economic benefits from the F-35. British industry will build 15% of each of the more than 3,000 planned F-35s, in addition to a large volume of British developed aircraft systems including the electronic warfare suite.

The programme at peak will generate significant export revenue and GDP growth for the US, UK and many other partner nations.

Apparently the C version has some serious problems in catapulted take off mode.

If one F35 model is to be cut it will be the C model, totally confident A will continue and B as well.

Some talk in the Israeli press that Israel will purchase the B version, in relatively small numbers say 25, as they fear their airbases could be taken out in a surprise attack.

Given Israels situation this is not an unreasonable suggestion.

Lets hope not. Israel is a regional superpower and uses this in a negative way. They need to have some concerns to get them to the peace table and for them to act reasonably.

If Israel was not regional superpower it would not exist.

Israel has the right of self defence and when compared to its neighbours is a beacon of human rights in the region.

The problem with Israel/Palestine question is that no side really wants a deal given the current circumstances.

Its not about right of defence, which clearly israel is able to do and some, its about not being so powerful that they can act without thought. No doubt there is plenty of problems with Palestine also, but that doesn’t justify there actions and certainly not them constantly invading and settling territory that doesn’t belong to them under international law. Neither does it justify breaching international law by invading another country. Withdraw from invaded territories and then they can act like a victim, but until then they are just as bad, or worse than Palestine. Ok its not the same,… Read more »

The Jihadis have a long record of being reasonable don’t they!

It jolts around a lot when very light.
Under combat/operational weight it is fine.