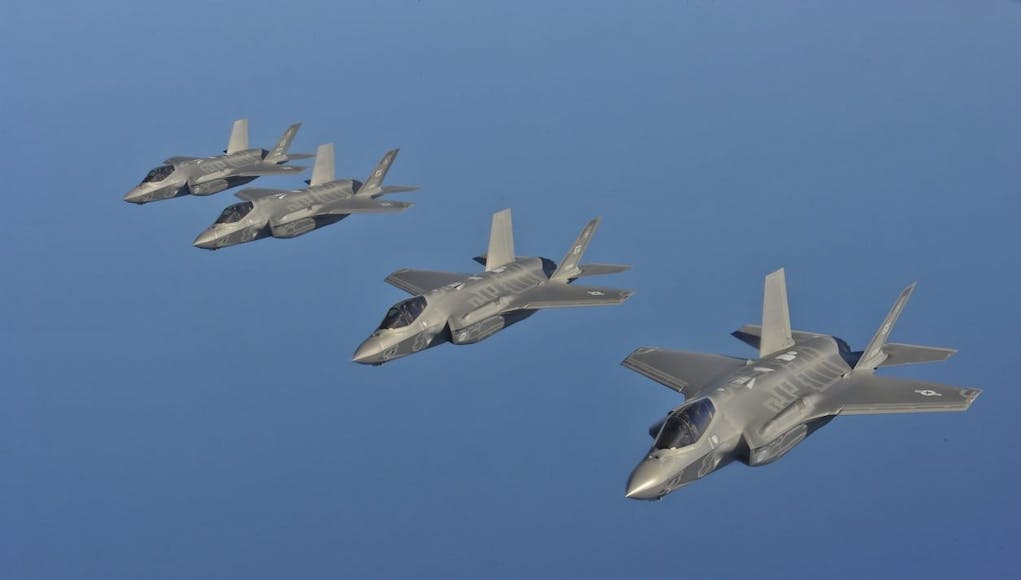 All three variants of the next generation F-35 jet are “breaking down more often than planned”, Robert Behler, the Pentagon’s director of operational testing has said

In a hearing with the U.S. House Armed Services Committee, he also confirmed that none of the variants are meeting the five “reliability or maintainability metrics”.

A key challenge is the “mean flight hours between critical failure” metric – essential the time between an airframe failure that results in the loss of a critical capability, or a key part needing replacement. The jet is currently lagging on this by “a large margin”.

However, the overall “mission capable” rate is increasing, from 55% in October 2018 to 73% last month. Behler said that “several key suitability metrics are [now] showing signs of slow improvement.”

Despite these challenges, Lockheed Martin announced just weeks ago that a $34 billion deal for 478 additional aircraft has been agreed. That deal also sees the cost of all three F-35 variants fall, with the F-35A dropping below $80 million.

It puts our slow buy rate into perspective. It may actually be the best decision given the time it is taking to iron out these problems.

Especially since DOT&E’s latest estimates are that the life expectancy of the F35B is around 2100 flight hrs vs 8000 flight hours promised.
At an average of 200 flight hours per year, new planes will need to be bought every decade!
https://www.dote.osd.mil/pub/reports/FY2018/

Interesting I didn’t think the flight hour count would be as low as 200, that’s 4 hours per week. They must be doing a serious amount of training in simulators these days relative to training in the aircraft themselves.

200 flight hours per year is pretty decent amount really and similar to the US and other countries.

Say 4 hours per week; that gives them two 2-hour stints in a jet per week, which is plenty really.

The bulk of any fighter pilot’s time is not taken up with flying; it would be too taxing on the pilots themselves and also the aircraft, were they to fly every day.

Hi Lordtemplar, Just had a look at the report you linked to and found a paragraph assessing the flight hours for the ‘B’ variant. Whilst it does states the ‘aircraft’ will only achieve 2100 hours service life, reading to the end of the paragraph indicates or suggests that the limit is being imposed by a number of critical parts, rather than the whole airframe. This would necessitate repairs rather than replacement of the entire aircraft. However, these repairs could require significant downtime for the affected aircraft and in the past aircraft so affected, particularly old aircraft, have often found themselves… Read more »

Wouldn’t it be more prudent for us to but a supply of spare parts instead of cannibalising planes for said parts? Until at least, the plane is no longer safe to fly then might as well use it as we would lose it anyway.

But to strip down older but still serviceable planes to keep newer ones going, thereby reducing our inventory, seems like lunacy to me if we could just buy spare parts. I wouldn’t strip my old car for parts to keep my new one going.

HI steve R, You are right it is lunacy, but it does happen. Sometimes the long terms consumption does not match the spares buy so some aircraft get stripped to keep the rest flying. That is something the forces and the MoD discourage and have worked to limit. With the best will in the world modern combat aircraft are very compex and the unexpected does happen. Then there is the situation where you may be running your fleet down often due to the dreaded cuts, but also possible because the sircraft is getting to the end of its service life… Read more »

Plus, a redesign of the hydraulic line and structural bracket to internally fit the Small Diameter Bomb ll. The planned Block 4 release will not happen until sometime in the fiscal year of 2022, while other munitions such as the Joint Stand-Off Weapon, Norwegian Joint Strike Missile, and AIM-9X Sidewinder Block II are also tied into the release of the Block 4 software. Meteor is currently undergoing a redesign to fit internally and will not be available until 2024/5. Does anyone know if we have SEAD munitions for our F-35’s that will fit and have been tested? The X-35 first… Read more »

The only air to ground missile we are initially integrating as part of the Block 4 work is the Spear3. Even Storm Shadow and Brimestone aren’t being integrated – yet! However, Spear3 does everything Brimestone can do, but better, it’s no Storm Shadow though. It has a longer range than Brimestone and can loiter over a suspected target. Although its’s not a dedicated weapon for suppressing enemy defences, its multi-role capability allows it to be used against them. It also has a two way data-link so the pilot can re-target it if required or view what the missile’s seeker is… Read more »

It certainly looks very interesting, but once again they will not be available until sometime in the mid 2020’s sadly.

It appears to me that the F-35 is some way off from being useful given its limited internal missile carrying capability.

Do you know what ordinance it has available at present should we require it before then?

Slow buy rate would be fine had we retained our Tornados or Harriers to give us either strike or carrier fast jet capability.

Makes me wonder, actually: I keep thinking we should accelerate the buy rate to give us all 138 at once, or at least a large chunk of them to enable 5 or 6 frontline squadrons, but perhaps we should do the opposite: slow it right down and take delivery of several dozen at once in years to come so we get the latest versions and have more in our inventory all at once. Would it be feasible?

Actually scratch that! I forgot about our carriers: they would have no credible air power for years longer if we did that. Dim moment from me there!

I seem to mind similar things with other ‘advanced’ equipment coming into service, the F18 was ‘so advanced’ the ‘techies’ couldn’t service it being one. Move on a few years and its all sorted. You can call it teething problems or whatever but it happens, you just have to hope that it doesn’t cost too much to rectify.

lockheed are the equivalent of the clyde shipyards,slow, poor production rate,questionable quality the choice of the f 35 was a bad one, the cancellation of three aircraft from the proposed 143 would have paid the CATOBAR COSTS

The US Air Force is fortunate in terms of sheer numbers of F35 either on charge or on order. However, the UK’s fleet will amount to around 140, which means, if these figures are watertight, the RAF /RN is in trouble. The central maintenance centre at RAF Marham will obviously have a grip on this issue, and it would be interesting to see their current availability numbers? All new plane types go through initial reliability issues, but this aircraft should, strictly speaking, be beyond that phase?

Well there were 2 up dogfighting over Marham this morning, nice view with breakfast

I posted this link sometime back, but clearly still relevant.

“The Pentagon is battling the clock to fix serious, unreported F-35 problems”

The link below covers this thread in a little bit more detail for those who might be interested.
https://www.bloomberg.com/news/articles/2019-11-13/lockheed-s-stealthy-f-35-breaks-down-too-often-pentagon-says

“breaking down more often than planned”- I had to laugh-All breakdowns must be clearly scheduled & are only permissable within those specified times! Well, it’s such an intricate aircraft & so reliant on cutting edge IT, it’s hardly surprising. Wether or not parts or systems have been made, checked, tested & integrated properly we probably won’t know for a decade or two. I’ve always wished we had an updated Harrier as a more basic back-up. I doubt we could fight a major conventional war with the F35 without running out of them within a year. They’re too expensive & a… Read more »

Good post Frank. If Harold Bloody Wilson had not cancelled the Supersonic P1154 we would have had an even more advanced version of the Harrier in service now and on the flat tops of more than half a dozen Navies. The F35B is a superb aircraft but as you say-only available for several reasons, in small numbers.