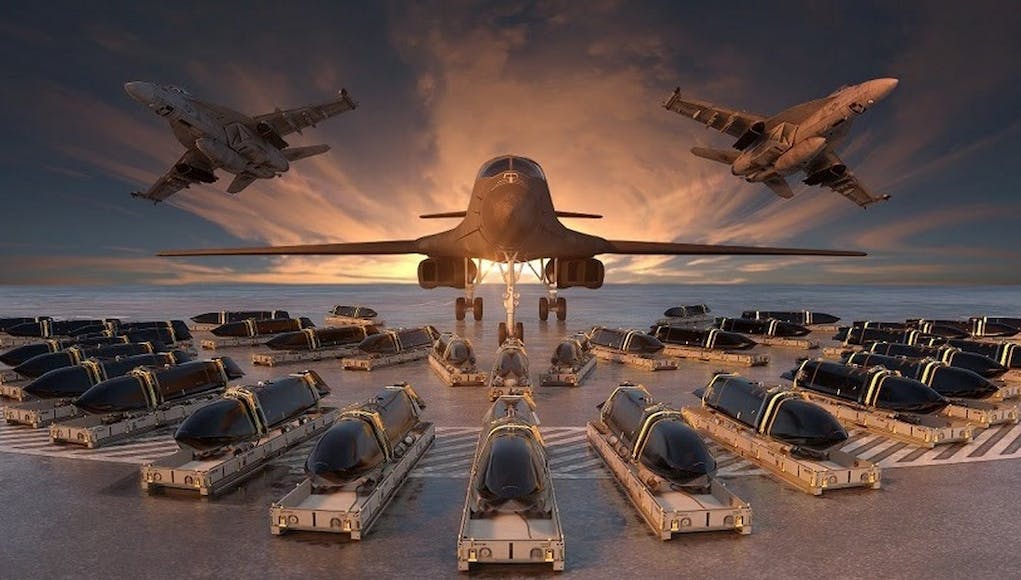 Lockheed Martin have announced that they have been awarded a $414 million contract from the U.S. Navy and U.S. Air Force for Long Range Anti-Ship Missile (LRASM) production.

This is the largest LRASM production contract in the history of the programme.

“This contract reflects LRASM’s increasing significance to our customers’ missions. Focused teamwork around a shared vision with our customers and our dedicated supply partners remains key to this program’s success,” said David Helsel, LRASM director at Lockheed Martin Missiles and Fire Control.

“We look forward to continuing our important work and growing our capabilities and platforms.”

LRASM is designed to detect and destroy specific targets within groups of ships by employing advanced technologies that reduce dependence on intelligence, surveillance and reconnaissance platforms, network links and GPS navigation in electronic warfare environments.

“LRASM is a precision-guided, anti-ship standoff missile based on the successful Joint Air-to-Surface Standoff Missile – Extended Range (JASSM-ER). It is designed to meet the needs of U.S. Navy and U.S. Air Force warfighters in contested environments. LRASM provides an operational capability for the U.S. Navy’s offensive anti-surface warfare Increment I requirement.”

It’s by far the cheapest and quickest way to keep up with and deter countries like China!

Nice if the U.K. Had this ability last time was the sea Eagle.

The RN & RAF are in desperate need of A LRASM. Waiting for the British / French system to come online necessitates a 10 YEAR capability gap. Just do the right thing and cancel Perseus and buy US LRASM. I’m sure we’d get a good deal from the Yanks.

This news was reported a number of weeks back.

It’s been reported here in Oz that Lots 4 & 5 also include missiles for the RAAF, which currently has plans to procure approx 200 LRASM for use initially on F/A-18F and P-8A, and potentially F-35A in the future.

Even more important now after reading this.

“Testifying before the US Senate Armed Services Committee on 9 March, Adm Davidson warned that “without a valid and convincing conventional deterrent”, China “will be emboldened to take action in the region to supplant US interests”, adding that as the military balance in the Indo-Pacific becomes “more unfavourable” to the US, “we are accumulating additional risk that may embolden our adversaries and competitors to attempt unilaterally changing the status quo”.

Yes tensions in our part of the world are certainly higher these days, no question of that.

Which is all the more reasons for allies and partners to stick closer together and also spend a fair amount of defence dollars too.

Will be interesting to see if I-SSGW goes ahead after the review. Certainly the Indo-Pacific seems to be a “missile theatre”, and the token RN visits to the region are going to be even more token without a Harpoon replacement. LRASM would be a very nice missile; cannister launch is available I believe, it is Mk41 compatible for T26 if we need to cover the gap to FC/ASW, and F35 compatible (external only maybe?). But budgets are tight – £100-200M was the last figure I heard for I-SSGW, and I’m not sure if that money has actually been found yet.… Read more »

Don’t quote me, but I believe the extra £££ BJ announced for the MOD, is intended to cover projects like I-SSGW, so IMO, it’s safe. Hopefully we will hear something about it in the not to distant future!

They’re not currently in use/certified on surface vessels only air launched. Why do you think the USN doesn’t have them, and they would be way too expensive to buy and integrate. If another subsonic heavy anti ship missile is needed then just buy the upgraded harpoon

RN should buy these for Type 26 while Perseus is being designed. Hand them over to the RAF once Perseus is ready.

Last edited 7 months ago by Bringer of Facts
Reply

RobW
Reply to  Bringer of Facts

How would the RN fire it? It’s only certified in a handful of US Aircraft, that’s it.

Bringer of Facts
Reply to  RobW

You would think that the missile has hardware and software interfaces, and it is a matter of adapting our combat systems to suit. Type 26 is new so the opportunity for development is there. I do not know what the certification process entails though, probably some business bindings and politics involved no doubt.

Last edited 7 months ago by Bringer of Facts
Reply

It is compatible with the Mk 41 VLS which will be installed on the Type 26 frigates and which should have been installed on the Type 45s years ago. It’s also compatible with the P-8 Poseidon and F-35 which, I think, carries two on external stations. This of course would significantly enhance the punch of the QE battle group when it comes to threatening enemy task forces.