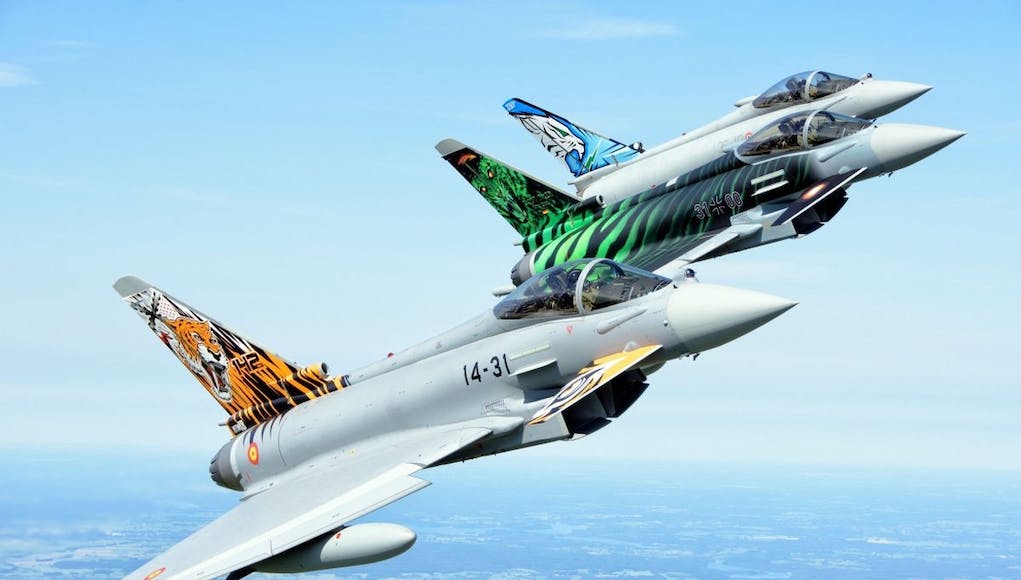 The Tiger Trophies are hotly-contested each year, and have been since the Tiger Meet originally launched in 1961. It was the Ghost Tiger’s distinctive design which stood out to the judges, displaying green and black striped markings across the entire top of the Typhoon, covering the wings, tail and body.

During the two weeks of exercise at the NATO Tiger Meet 2018 (NTM18), the Eurofighter community was represented by Italy, Germany and Spain.

A total of 70 aircraft, 10 helicopters and an AWACS Early Warning took part in the large-scale aerial exercise, held annually with the objective of exchanging tactical knowledge and improving interoperability between various NATO and non-NATO air arms.

Good to see the Germans spending money on flash paint jobs rather than addressing their many issues!

You beat me to it!

I was about to say. Surprised any of those jets are serviceable

If it means the Germans are learning to love Typhoon then great.

So that’s their airworthy Typhoon. ?

So they sent their entire operable air force then?

Glad to see we don’t take part in this horse s**t. Germans are too concerned with going to competitions than they are with actual war fighting and funding their armed forces properly.

Paint competitions are probably the only thing the German military is capable of winning at the moment ?