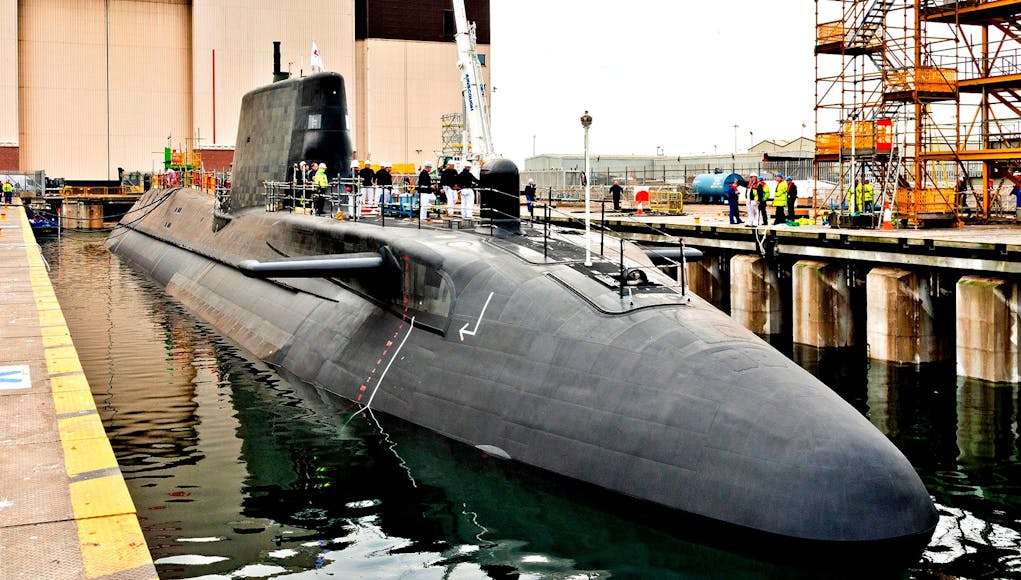 The Government have re-announced that HMS Audacious has now sailed for her home on the Clyde for the first time. The problem? The submarine sailed in April…

The UK Defence Journal and many others were informed by the Ministry of Defence back in April that the submarine had sailed for her new home on the Clyde, fast forward to the 9th of November and it appears that the Government have re-announced this news.

“HMS Audacious, the Royal Navy’s fourth Astute Class submarine has sailed from the BAES shipyard in Barrow in-Furness for her new home at Her Majesty’s Naval Base Clyde, where she will prepare for sea trials before entering operational service with the Royal Navy.”

The vessel entered Faslane months ago.

While this is probably human error, it is very odd nonetheless.

Maybe their press department has just returned from furlough.

One thing that has struck me in the past is the sculptured contours of the Astute must really improve performance, over the normal straight cigar shape, to justify the extra cost that is generated by the more difficult manufacturing demands.

Are you being sarcastic?
I’d heard that they’re only that ugly humpback shape because the reactors are essentially “too big” for the boats.

Hi Finney, Yes – agreed, I think it’s simply to accommodate a large reactor in the hull – and not streamlining.
It’s just one big ugly back-side! lol

The reactor section is located just behind the sail, where the boat actually narrows. In addition schematics available indicate the inner skin is cylindrical. So it appears the contouring is intentional and you query about being “sarcastic” is ill advised.

Except when it’s convenient

Royal Navy medical staff work alongside the NHS in hospitals