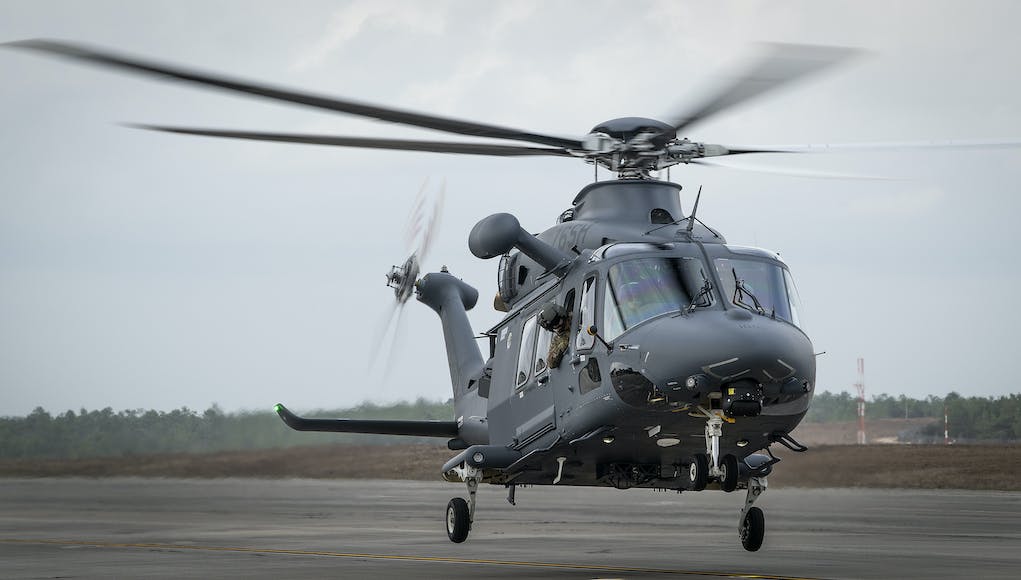 Boeing’s MH-139A Grey Wolf is a multi-mission helicopter based on the commercial AW139 helicopter.

With a Boeing pilot in command, this test flight allowed the US Air Force its first in-flight look at the capabilities of the aircraft. The flight also made Maj. Zach Roycroft, 413th Flight Test Squadron lead test pilot for the program, the first Air Force pilot to fly Grey Wolf.

“This first flight with Boeing was a critical step for the MH-139A program and allows us to establish a foundation for government testing,” Roycroft said.

“This flight represents a tremendous amount of work and we are all very excited to see it happen,” said Andrew Whitten, MH-139A flight chief, who was also on the flight.

“The new helicopter closes the capability gaps of the UH-1N in the areas of speed, range, endurance, payload and survivability in support of the command’s intercontinental ballistic missile missions. Other mission capabilities include civil search and rescue, airlift support, National Capital Region missions, as well as survival school and test support.”

What has Boeing got to do with this? its a Leonardo helicopter

The MH-139 Grey Wolf is an off-the-shelf Leonardo AW139 helicopter modified by Boeing to USAF specifications/requirements. The helicopters will be built by Leonardo in Philadelphia and then shipped to Boeing, where they are militarized and outfitted with nuclear-mission specific equipment, sensors and communications gear. Boeing is acting as the prime contractor on the $2.38 billion deal to replace the UH-1N.

What has Boeing got to do with this? Its a Leoardo helicopter

Typhoon with enhanced weapons fit to fly at Air Shows

Cost of British air operations over Iraq and Syria reaches £1.75...