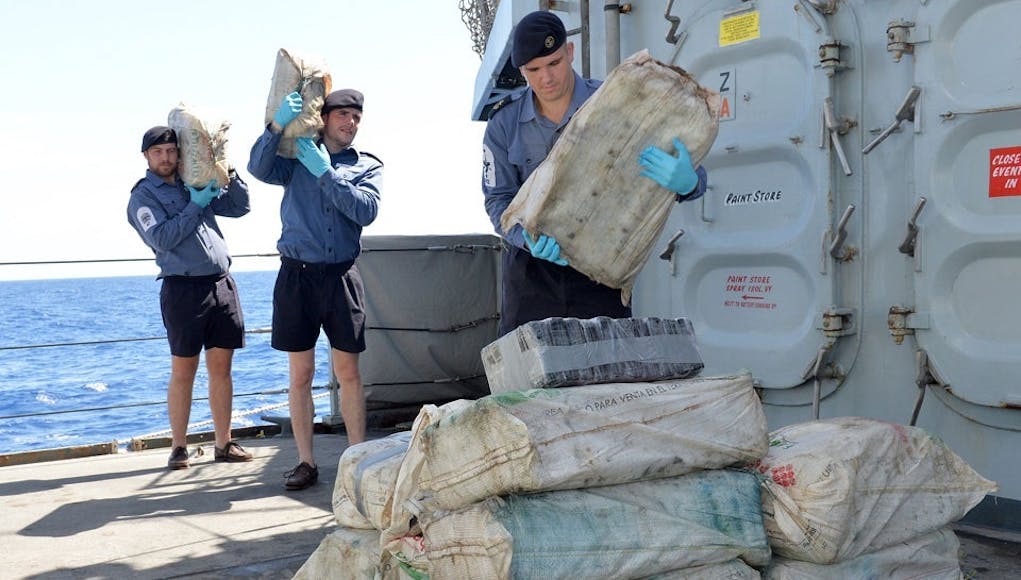 After receiving information that a suspicious looking vessel had been spotted by a maritime patrol aircraft, HMS Argyll, which is on counter-narcotics operations in the region, deployed to intercept it.  The ship seized 600 kilos of cocaine in the bust.

HMS Argyll is a Type 23 ‘Duke’ Class frigate. She is currently the oldest serving Type 23 frigate in the Royal Navy.

This work is part of Operation Martillo, a 15-nation collaborative effort to deny transnational criminal organisations air and maritime access to the coastal regions of Central America with the goal of putting a stop to the illegal movement of drugs from South America to the western world.

My team and I knew that a swift and correct interception was required in this case. We worked well with our international partners to give ourselves the best chance of success and I used the exceptional capabilities of a modern warship, including sea boats and the Lynx helicopter, to detain the crew and seize the drugs from the target vessel.