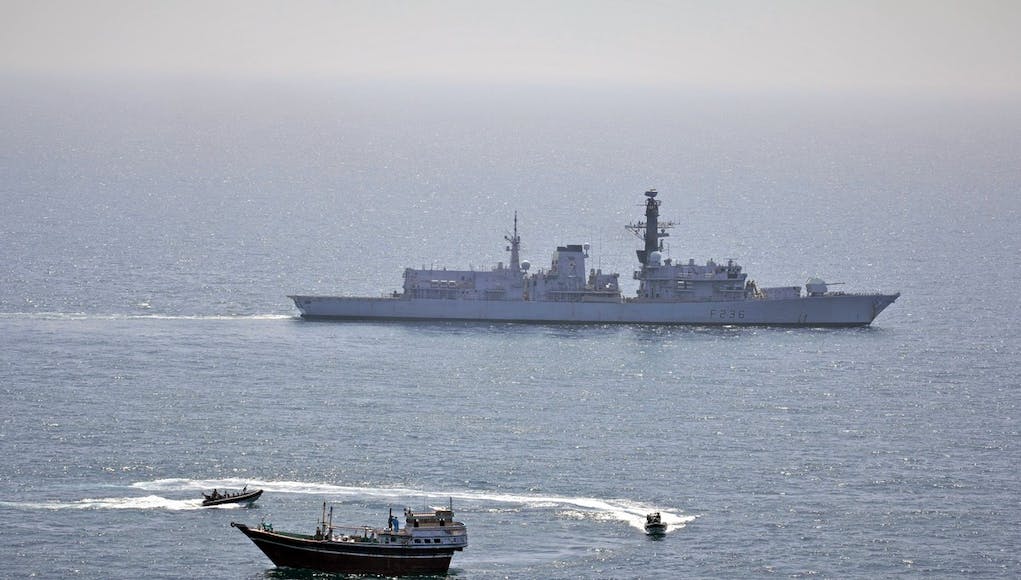 Drugs worth more than £3m have been seized by British frigate HMS Montrose.

The Royal Navy say that the frigate pounced on a suspect dhow in the northern Arabian Sea, recovering nearly three tonnes of hash and heroin in a ten-hour operation. “It comes on the back of two seizures in as many days in the same waters in mid-February when various illegal narcotics worth £11m were confiscated. The third haul occurred after the Bahrain-based warship completed a major training workout off Oman – and on the final day in charge of the ship for Commanding Officer Commander Ollie Hucker after two years at the helm.”

Montrose was attached to a Canadian-led task group at the time of her success, Combined Task Force 150 which is committed to disrupting criminal and terrorist activity and the and illegal trade of drugs and weapons in the Indian Ocean.

“This was about seizing the moment and taking the opportunity,” said Lieutenant Sam Gorton, the Royal Marine in charge of seizing the dhow.

“My boarding team were slick, proficient and for their efforts they successfully stopped the vessel, safely embarked and discovered the drugs. It has been a good deployment and I am hugely proud of my team for their achievements.”

Hi folks hope all is well.
Good work and all credit to Montrose and our Canadian Allie’s.
As there will be even more investment in intelligence gathering and data moving fast, hopefully this will enhance more successful oops like this disrupting organised crime.
.
Cheers
George

Isn’t it sad that this ship’s next voyage is to the scrap yard?

Queue up Skoda joke – how do you double the value of…….

T23 was originally called the Skoda Class by people serving on them when they first came into service(Me included!) A command system that didnt work/ wasn’t fitted, poor accommodation, iffy weapon and mechanical systems, really poor manning system and routines.
Since then and over the years its developed into a something that’s not a Skoda… Passat/A4 Class…same group…better cars!

I was wondering who was going to get the in joke within the joke!

As you say the T23 is now very well thought of but started out from a very cheapo unarmed baseline design to work with an armed mothership. Really amazing how well it turned out.

Next voyage? Its going to be in the ME theater for a while yet before its replacement T23 arrives.

Reducing 2 Frigates will actually improve escort availability in the short term until the new T26 and T31 start arriving. 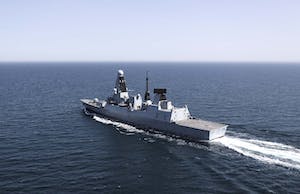