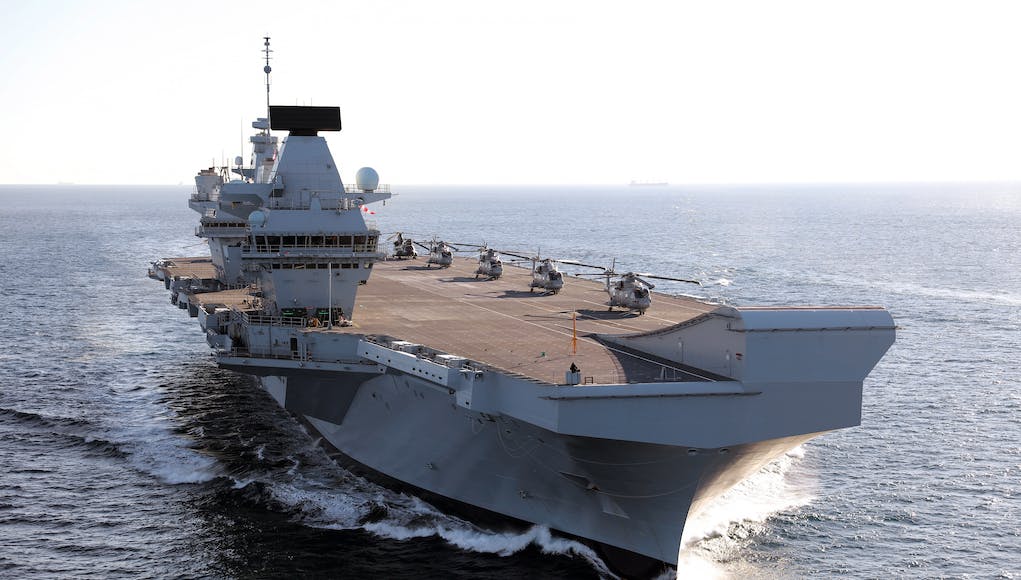 “HMS Queen Elizabeth will maintain the United Kingdom’s ability to have a forward-based strategic conventional deterrent which has the ability not only to conduct strike operations with the F-35B, which is its primary role, but also to have an Embarked Military Force that is fully trained and ready to be projected ashore to conduct tasks that might arise.

That might be soft power for defence engagement, all the way through to humanitarian and disaster relief and war fighting. This training is part of the initial work-up to achieve that. The training has gone really well. It’s been an education to the Ship’s Company on what the LPH role will entail, and there has also been education to those who assist me to achieve aviation assault operations: Assault guides, FLYCO, the Logistics department who make sure they can sustain the operation and troops sufficiently; the ammunition personnel in the Air Engineering Department who make sure we have got the right ammunition. It’s a complex process.”

The view of the deterrent effect these vessels will have has been expressed frequently in defence circles, with the First Sea Lord last year stating that the Queen Elizabeth class supercarriers will represent a “powerful and important strategic conventional deterrent”.

“HMS Queen Elizabeth is the first carrier in the world designed from the outset to operate a fifth generation combat aircraft. Crucially, a second ship – HMS Prince of Wales – is on its way, which will give the UK a continuous Carrier Strike capability. I have every expectation that, in time, this combination of carriers and jets will represent a powerful and important strategic conventional deterrent.”

The ships former commanding officer, Captain Simon Petitt, pointed out that there is a lot of symbolism in modern warfare and that having a ship the size of HMS Queen Elizabeth, which will be the navy’s biggest ever, was significant.

The sight of a heavily equipped 70,000 tonne carrier, which is almost 300 metres long, heading towards a potential enemy had a deterrent effect that is essential if the UK wants to project influence across the world Petitt claims.

“It is massively visible, you can range back in history and see the value of this. Everything from Nelson deterring Admiral Villeneuve from leaving Cadiz all the way to the big battleships of early 20th century, to what we are doing now. The Americans use it all the time. We currently haven’t got this level of carrier capability. The bigger the capability the more influence you have to bear.”

So great is the impact of larger vessels as a deterrent, they’re often used as a geopolitical chess piece. American governments have, since the second world war, moved aircraft carriers around to demonstrate American resolve.

The particular benefits of using carriers in this way are that they operate on the high seas, where permission is not needed from other countries.

Indeed, since modern US carriers are large and imposing they ‘show the flag’ to great effect due to their sheer size alone. Equally, it is often argued that had the Royal Navy had two full sized carriers in 1982 it is more than possible that Argentina would not have attempted to take the Falklands in the first place.

HMS Queen Elizabeth is expected to start fixed-wing flight trials with F-35Bs off the eastern coast of the US in Autumn.

Is that really a sentry/look out at the front of the ship? Starboard side?

I have taken photos of various Royal Navy ships when they visited locally and also some Dutch and Belgian vessels & the British ships were notable for having armed force protection sailors visible on board,more so than the foreign ships. I don’t know if this means the Royal Navy is more professional or simply we have moire experience of terrorism and conflict in recent years.

Yup. Its a Royal Marine sitting there with his shield and M240 for force protection.

The geopolitical clout a large carrier can provide is well taken, and thanks for that article.
HMS Hermes sailed as part of Op Corporate with 12 Sea Harrier FRS1 and 18 Sea Kings.
At the height of the conflict she was operating 16 FRS 1, 10 RAF GR3, 5 Sea King HAS 5 and 5 Sea King HC4.
I think this illustrates the level of flexibility and capability a carrier can offer in a way that no other ship ever can.
Hermes was half the size of the QEC’s.

The 40 figure is just the regular air group. It has been stated that HMS QE could take 70 aircraft if needed.

Carriers and escorts comprise the entire RN. Too many eggs in the basket? 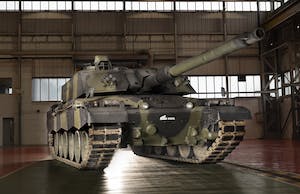