The supercarrier will leave Portsmouth around 15:00 tomorrow if the sailing goes ahead.

The primary purpose of the Queen’s Harbour Master (QHM) is to protect the port, the Royal Navy and its vessels and other government assets. QHM is part of the Ministry of Defence.

Queen Elizabeth sailed on the 26th of June 2017 for the first stage of her sea trials to monitor speed, manoeuvrability, power and propulsion as well as undertaking additional tests on her levels of readiness. 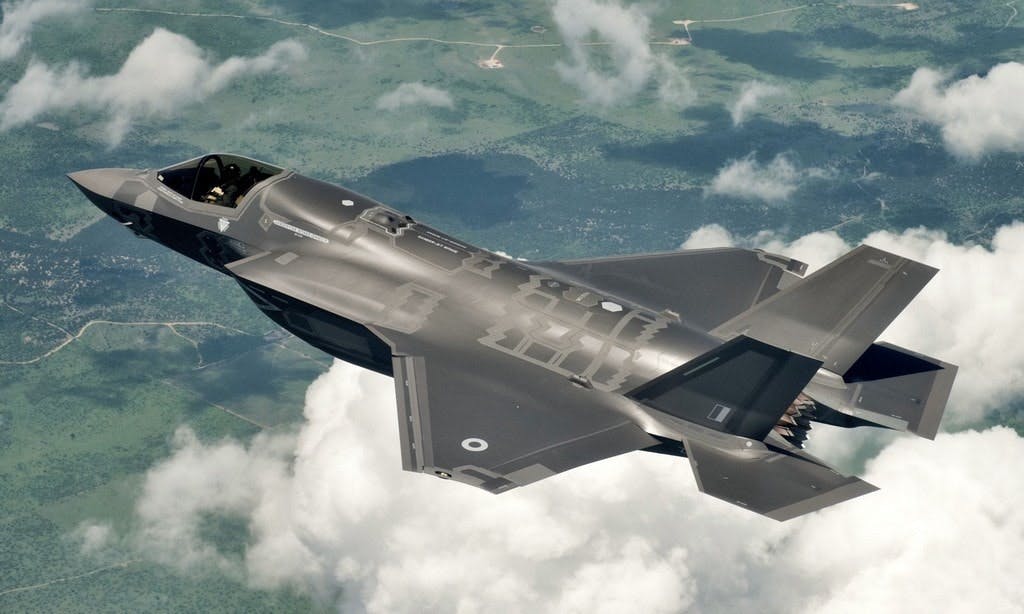 HMS Queen Elizabeth is now heading back to sea for the second stage which aims to test her Mission Systems.

What’s the status of her CIWS installation?

Will
Reply to  Nick Bowman

Was there 30min ago nothing (1pm ish) mounted yet, assuming they are gonna mount them either after these sea trails or after flight trials

Would love to see containerised Sea Ceptor fitted in addition. Three Phalanx just isn’t enough. We will have the only aircraft care afloat without its own point defence missile. If every other carrier operating Navy seems it necessary – including the US – why do we think we are any different? Can only be that’s there’s no money. What’s new….

Does anyone know if Sea Ceptor is planned to be fitted later and if so, where on the ship?

I have read nothing to indicate that there is any fittings for a future upgrade in weaponary, which i always found odd, but i guess it is to avoid the whole fitted for but not with stories, better to not fit and say that there was never a plan for it.

David,Steve,
I,m pretty sure I did read something about a version of the army “Cepter” in a container being suitable for deployment on ships . I’ll see if I can find it.

Sorry guys. Can’t find it. Perhaps my eyes deceive me.

The assumption has to be that QE will never deploy alone, without a Type 26 Sea Ceptor local AD layer out to 25km and a Type 45 Aster 30 layer out to 70+ km, the outermost layer being the F-35s. So logically QE only needs the inner layer, Phalanx, which will also server as defence in confined waters against FAC. I guess other navies like the insurance of self sufficiency.

I agree. Trouble is in war you may find your ship lacking escorts(very inconvenient if they’re sunk &/or your strike aircraft are lost in action). Only having the last-ditch CIWS is way too little for such a massive asset & the crew. Most Carriers have 3 tier anti-air, we should have the same to give our boys a fair chance. I was disappointed we didn’t fit Aster 15 as standard, but Sea Ceptor would be acceptable, if they get on with it. A couple of 76mm, or similar, would be good too for longer AAA reach. Are the 30mm bushmasters… Read more »

Good grief. All I read and see since I joined the Andrew in 1975 is cut backs, streamlining, closures etc etc. Recommision Britannia. Run the Royal Tournament. Reclaim the Raj. The only thing wrong with the British Empire is that I bloody well missed it.

So you are a pacifist, we get it. The SNP can not manage a raffle let a a country. This is why Scotland is going down the drain and would of long ago if it was not for the money being poured into it from the rest of the UK. Your analogy of what is required may work in a Utopian world but in the real world you are well off of the mark. The welfare budget is the one that needs to be taken care of first as it is growing exponentially each year.

TH . Even if your right about the ships it most certainly does not make the Royal Marines irrelevant. They are one of the top units in the world and to reduce or disband them would be crazy. The carriers will still be undertaking seaborne assaults, albeit in a different way; there use as special forces and interception units will be invaluable; and post Brexit there is the matter of the Nordic Alliance. What better troops to commit to NATO’s northern flank, particularly as winter warfare is already part of their training.

TH I posted my reply about your 21.23 blog but by 22.35 we had all become a bunch of kids. Now,me, I can take a certain amount of nonsense but I wonder if when you say these things you take into account how insulting it is to the brave men and women who serve . Not three miles from me is a unit that helps people to cope with all sorts of service dis abilities which I am proud to support in my own small way. I may be stepping out of line here but what do you support exactly?… Read more »

TH is just a bloody leftie. If all you are concerned about is tax payers money then don’t come crying if and when it all goes wrong. We all have a right to be defended. It comes at a cost to you, me and everybody. That means raising revenue to pay for it. Guess What! That’s you too.

TH. You are a clown!

Yep. TH bloody leftie. What is so wrong with showing our military prowess to the world? If all you seek is recompense and compensation then we have all lost. What is the last post about?Quote “It will leave them and their imaginary military ponderings sobered up” Unquote. Thats the sort of garbage we used to get from the Soviet Union newsreels. Seems to me. You want to stay warm but you won’t pay for the heating!

TH you must be in Putin’s payroll. There is no other way anyone who is a UK citizens and knows anything about military matters would advocate scrapping our best military arm and our most succesfull military unit. The Royal marines are respected and feared the world over and if they were scrapped then NATO’s northern flank would be substantially weakened at a time when Russia (your boss i suspect) is expanding its claims on territory and seas and wants to utterly control any artic sea routes that are now opening up (due to global warming) There is an easy way… Read more »

You do realise that there are brave veterans with alternative views don’t you? One has to listen widely rather than picking and chosing those that suit your pre conceived opinions.

Veterans for peace. This is a joke right? They are anti NATO,anti US and UK; pro CND and pro Russia Iran,Iraq,Syria and just about every other nut case regime on the planet!
You have now taken umpteen lines to say nothing. WHAT is your STRATEGY?

Your very fond of saying that your proposals for a defence strategy have been sent to your MP and the S of S. So stop avoiding my question and post this famous letter HERE for all of us kids to read.

QE does need sea ceptor The RN needs increasing in size and power NOT cutting back as per THs comments We need to purchase mk41 vl system for type 45s 10-15 type 31s. Norwegian anti ship missile for type 31s or a small strike length mk41 cell for these vessels and the type 26. Ocean needs replacing and we need to build a 4 strong batch 2 astute class to take the RN back upto 11 SSNs in active service. Unlike TH i refute we have no money. It is just that we whittle our resources away on foreign aid,… Read more »

Totally agree with you and I am all for a strong military in terms of all three forces. We have gone way beyond the minimum numbers of each that we need in my view and none can carry out the tasks that are expected of them without problems due to the cuts already made being too severe!!

The military is a crucial asset to Britain. I’m assuming you are blind to the fact that Russia is constantly sizing us up, with its probing of our area of interest? Patrol boats aren’t going to stop Russia if they really want this island. The foreign aid budget could be reduced to £8 billion p.a. That’s another £5 billion to play with! Give half to the NHS, and half to the military, while still giving a healthy chunk of money to other countries in need of help. That’s enough for a further 8 Type 31s in just one year with… Read more »

The German word ‘schadenfreude’ (meaning to take pleasure in someone else’s suffering) is an apt description of the behaviour of many a troll.
Incredibly, you are doing it at 00.03 in the morning.
A desperate and sad man.

Can I just say to all you guys like myself , who want to see our country and its overseas dependants properly defended . TH is off the ilk of people who are well meaning but unable to see that we need to keep our sea lanes open in order to bring food and goods to the UK . This as we know is what keeps our country prosperous , educated , fed and warm in winter. Above all it keeps us all safe and free . We need to keep our services well armed and trained to achieve this.… Read more »

Like a child ignoring others debunking your crap stuck g fingers in ears and shouting blah blah blah veterans for peace. Evan P easily debunked your nonsense and you ignore it. Sad sad little man…

TH – I got to “I suggest that the UK govt. looks to the SNPs very well costed plans for defence” and fell off my perch laughing. Now I thought you were some Troll messing us about but you’re just taking the piss aren’t you? Having a smile ? You seriously want the rUK to adopt the ‘costings’ of the SNP that creates a £15 Bn a year deficit while enjoying the second largest Barnett Formula settlement in the UK? And they don’t actually pay for their defence costs in full today, let alone after Indy38, despite having a disproportionately… Read more »

TH – Go see a Doctor my friend. Endless repetition is a sign of dementia….

Don’t tell me that you are their PR mouthpiece. If not your childish repetitive meanderings are even more concerning. Do calm down and apply some logic to your argument it might actually help your cause rather than undermine it. Most people do see through simplistic sloganising

In case we all missed it – “Brave armed forces veterans speak out:”