British F-35 Lightning jets have been conducting integration flying training with the B-2 Spirit stealth bombers of the United States Air Force.

This happened as part of the B-2 deployment to RAF Fairford in Gloucestershire, UK. “The USAF deployment of the B-2’s from the Bomber Task Force Europe is long-planned. Whilst deployed to the UK the aircraft will conduct a series of training activities in Europe. During this deployment, RAF F-35B Lightning fighters are conducting sorties with the USAF B-2 bombers. Both are 5th generation aircraft and this is the first time that USAF B-2’s have trained with non-US F-35’s.” 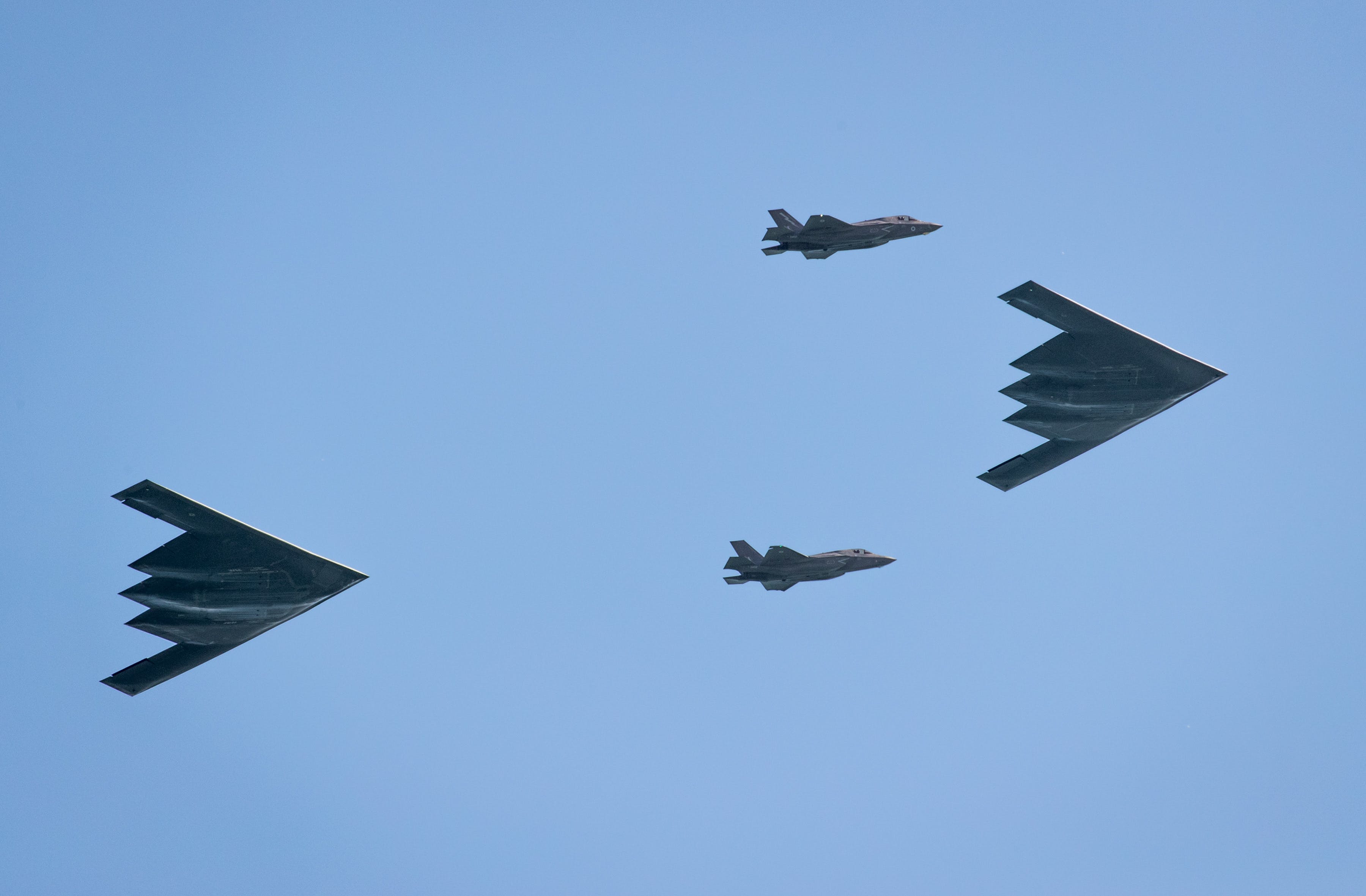 “NATO is the bedrock of Euro-Atlantic defence, and those secure foundations continue to be reinforced by the training exercises being completed between the Royal Air Force and our special friends in the US Air Force.” “We’re delighted that the USAF and 501st Wing Bomber Task Force are here in the UK and that our F-35 Lightning pilots have the chance to fly alongside and train with the B-2 bomber crews. This is the first time that any other country has done this. This flying integration builds on the work of Exercise Lightning Dawn in Cyprus and the visit of RAF F-35 Lightning to Italy in June, where in both cases it had the opportunity to prove itself among other NATO allies who also operate the aircraft.” 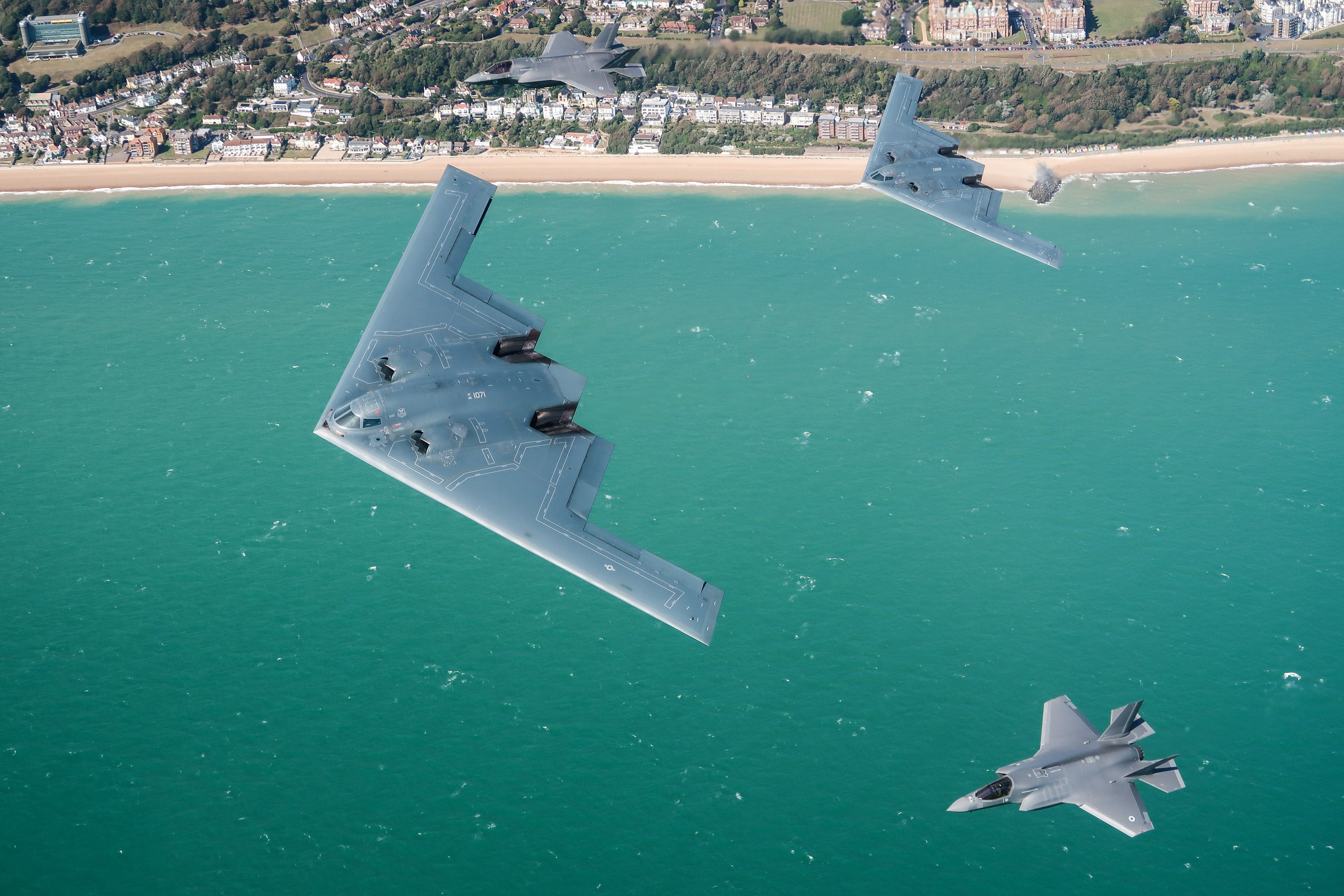 “The beauty of our partnerships is that we get to understand how they see the world. Working alongside international fifth generation aircraft provides unique training opportunities for us, bolsters our integration capabilities, and showcases the commitment we have to our NATO alliance.” by US strategic aircraft.  These regular deployments reinforce the US Air Force Europe and the Royal Air Force’s unique and complementary partnership and our collective contribution to NATO.

Not gonna lie, that looks pretty darn cool! However not sure I’d call a B-2 a true 5th gen aircraft considering it’s been around for a while, though I do not contest its a highly advanced aircraft. Though I guess ‘5th Gen’ is the new byword for anything stealthy..

I have read that they are continually being upgraded including with some developments from the B21 raider. Therefore, I would say they would not have been when first built but by now probably included all the sensor fusion etc to make them fifth gen.

Yes was going to say! Especially the one over the White cliffs!

Those cliffs have seen a lot of aviation & missile history – incoming WW1 Zeppelin raids, the Battle of Britain, incoming V1s & V2s showing the cruise missile and ballistic missile future, late WW2 outgoing UK & US bombing raids, lots of cold-war-era stuff, B52s outgoing for Iraq, Concorde probably went over at various points although presumably not on their regular New York runs, and now this state-of-the-art formation(*) giving these great photos. What will the next 50 years bring I wonder.

Is USA the only Nato member with bombers yeah? I wonder why USA feels they need so many bombers, because Russia has them? I know each one for different jobs but hell that must be costly, nato should pull together and have its own multinational bomber squadrons. And it makes sense designing one that can do all jobs or most jobs, is there a future American bomber in the works? I know they’ll upgrade the hell out of the Bombers they have so they’ll stay around for years yet even the B52 looks like it’s around for decades to come.… Read more »

It’s something I would love to see, us with a bomber force. Maybe I’m just being nostalgic, but part of me thinks a country of our standing should at least have a squadron of heavy long range bombers. If we did end with a decent uptick in spending I could certainly add an extra dimension to our capabilities. I wonder if the yanks would be open to a close Allie such as us buying a few B21 raiders? Whilst not the most immediate priority, being able to hit anywhere in the world on day one of a conflict would be… Read more »

Cam 558 still does the odd high speed taxi and last I checked did fire the engines regular-ish, it is a shame she will Never be airworthy again, the number of modifications that had to be made to get the airframe up and running again meant she needed huge amount of specialist support. The industry specialists aren’t able to give that support any further essentially because the skills required just aren’t used in modern aircraft production making it a “pointless” position to train people in. Thankfully though due a huge love of Vulcan, people will continue to learn about the… Read more »

The white cliffs looks like above Battle of Britain monument Kent.

Beautiful plane, only surpassed by the Concorde, If only we had made a bomber variant.

They did – it was called the Mirage IV! 😀 There were plans to produce a variant for the RAF but they fell through…

The TSR2 always reminded me of the North American A5 Vigilante

We did better than that. Check out the XB-70 Valkyrie. Only built two and one was lost in a midair collision with one of the chase planes. You can see the remaining XB-70 at Wright-Patterson AFB outside of Dayton, OH. Truly, an unbelievable aircraft.

South east of England…..beachy head near Eastbourne and another shot looks like salt dean/peace haven/Seaford
The pics were in the sun newspaper yesterday with beachy head headline

What’s beautiful about it? Nothing just a horrendous killing machine controlled by the masters of destruction and misery.

I feel like I’m missing something obvious, all I see are some lovely shots of the sky, sea and coastline…?

I think you’re looking at the pictures using the wrong wavelengths.

Fair enough Mike…
Saw a B2 flying over our house this morning and this evening, not in time to get any pictures.
Presume they are flying to and from Fairford.
Love these bombers though, something special

Saw a B2 over Peterborough on Thursday and couldn’t believe my eyes. A real treat !!!

The RAF is looking in particularly good shape despite successive governments of different hues determined to put social welfare programs and the devasting costs thereof, foreign aid erc., in front of everything else. The management of the Typhoon program within budget has been frankly, astonishing! We just need now and within 3 years, 10 frontline fast jet squadrons and a further 3/4 reserve and OCU’s backing up. With Posiedon coming on board, we are beginning to stand on our own two feet again at least in the air that is!

Of course l am including the Lightning in the last post.