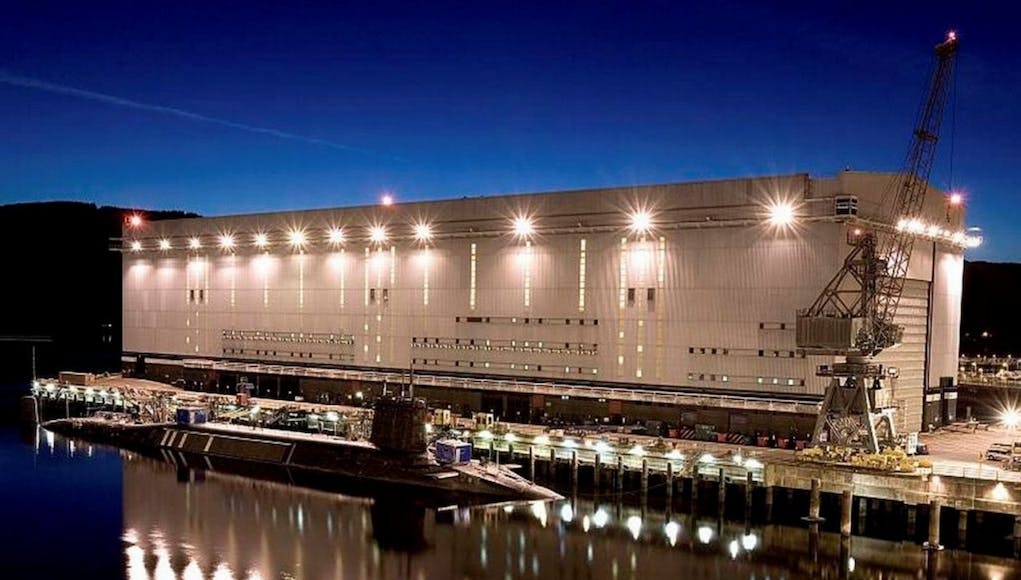 The Defence Secretary has announced a major milestone in the building of a new submarine training school at HMNB Clyde.

The Initial Gate Business Case for the new submarine school to be built at Faslane was approved this week.

“We are now making a long-term investment of hundreds of millions of pounds to improve and upgrade the waterfront at Clyde to make sure it is ready to support the United Kingdom’s whole submarine fleet.

As well as a boost to the Scottish economy, this will also bring welcome stability for our personnel, who work hard to help keep Britain safe and secure.”

The Ministry of Defence states:

“The new schools will provide academic and technical training for all Royal Naval personnel entering the submarine service from 2022. It is an important step for both the Royal Navy and Scotland as it means all submariners’ careers, whether afloat or ashore, will be principally conducted from Faslane as part of a £1.3 billion investment in making the Clyde Britain’s submarine hub.

All 11 Royal Navy submarines will be based at HMNB Clyde from 2020, seeing the number of people employed at the base will rise from 6,800 people to 8,200. The school will support the Astute hunter killer submarines, as well as the delivery of training for the new Dreadnought nuclear deterrent boats, which provide the United Kingdom with its continuous nuclear deterrent.”

“Our new single integrated operating base will make significant improvements to the work-life balance of our 5,000 submariners.

By putting our boats and training in one place, our submariners can put down roots in Scotland knowing that they are no longer required to commute from one end of the country to another.”

Most lntresting .
You have a enlighted me about our silent service alot
More than you think.! !!!!! very interresting and what an
Update!!! thank you gjjudge

Babcock and BMT team up on Type 31e Frigate bid