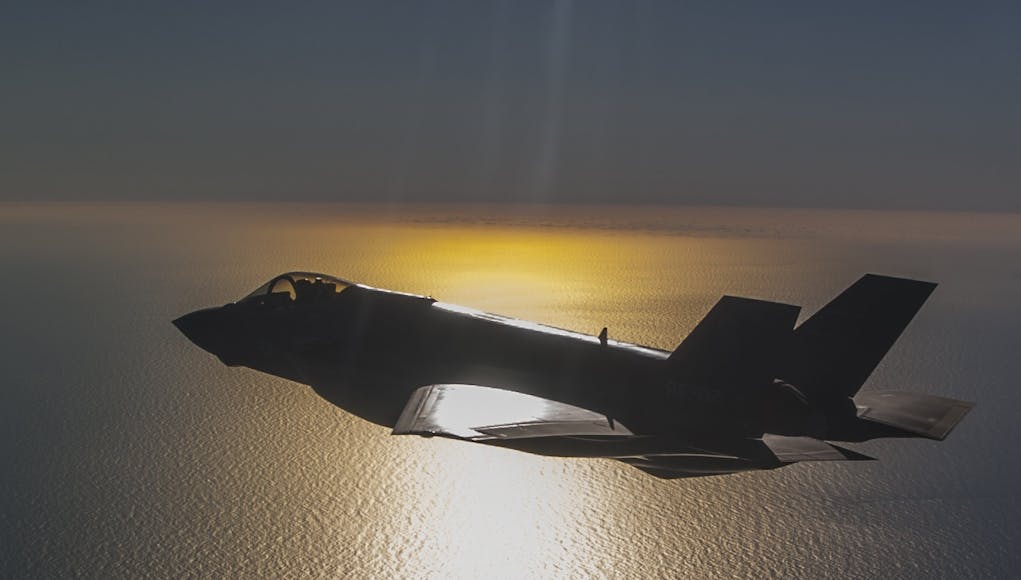 The Jerusalem Post has reported that Israeli defence forces believe that the F-35 will be a “game changer”.

According to the report, the Israeli defence establishment said the jet, which will be officially unveiled by manufacturer Lockheed Martin in a ceremony for Israel on Wednesday, will be a “game changer”.

“We in the IAF call the F-35 the fifth generation. The whole of the IAF is going to adapt itself to this vehicle, which will take us up to another level.”

He also added that the jet will greatly aid the IAF’s goals of improving intelligence-gathering and its ability to deploy precision-guided weapons.

The unveiling ceremony in Texas will be attended by Israeli Defence Minister Avigdor Liberman and senior IAF officers.

Keith Tucker, director of the Strategic Studies Group at Lockheed Martin Aeronautics also made veiled references to the plane’s largely classified ability to execute cyber-attacks from the air.

“The plane will enable the IAF to see its enemies before they can see it, and to strike them before they realize they are under attack.

These advantages are especially pertinent against the IDF’s principal military foe, Hezbollah, which according to international media reports has advanced radar-based surfaceto- air missile batteries, and a vast arsenal of 120,000 offensive rockets and missiles. Its stealth radar signature gives the F-35 the ability to attack these SAM batteries before they can be used, and to do so long-range.”

In March 2016, the annual Selected Acquisition Reports (SAR) for 2015 was released. This report provides status on programme cost, schedule, and performance as of December 2015.

F-35 is currently progressing at a rapid pace with deliveries starting to ramp up.

what variant are they proposing to purchase/produce? I recall years ago they showed some interest in the ‘B’ variant as well as ‘A’

‘A’ model only but I believe they’re going to be making modifications so it will be called the F-35I.

They will definitely make use of the capabilities of this aircraft, good for them!

its time to stop arming israel. They are the biggest threat to world peace by destabilising a region.

Don’t get me wrong we should offer to defend them within fhe internationally accepted borders but that’s it.

Its time they joined the peace table wanting peace and not as a regional super power expecting it.