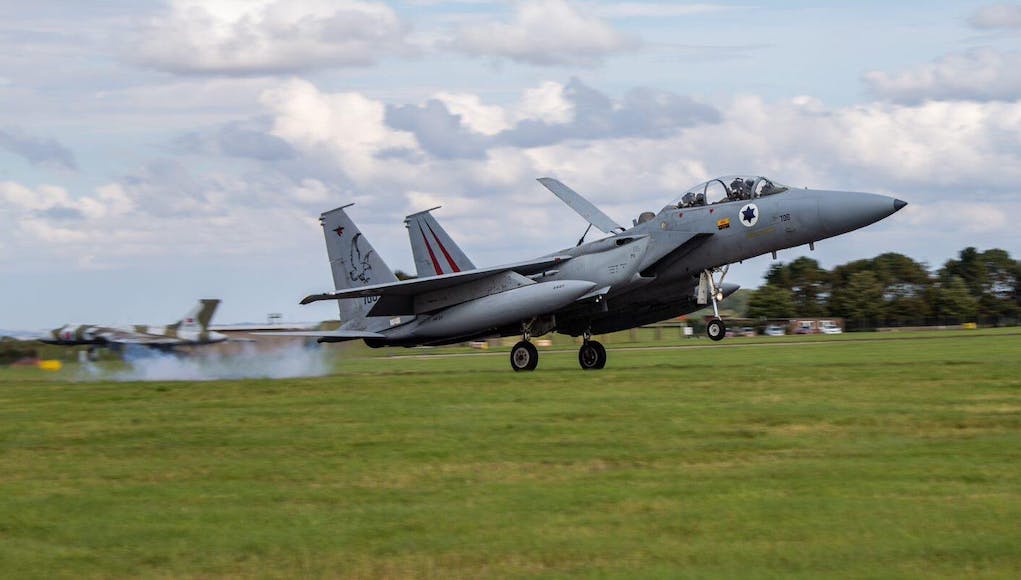 Aircraft from the German, Italian and Israeli Air Forces have arrived at RAF Waddington to participate in Exercise Cobra Warrior.

The Royal Air Force say the aircraft will join aircraft from the UK and United States Air Force in high intensity large force tactical training over the coming weeks.

“The RAF welcomes the participation of our Air Force colleagues from other nations and we welcome the opportunity to train alongside all of the participating nations’ forces on this challenging exercise.”

“We are happy and proud to participate in the Cobra Warrior exercise. This is the first time IAF fighter aircraft are deployed to and flying in Britain. The deployment will help improve IAF readiness and capability. We view this exercise as the highest standard of training, an excellent opportunity for mutual learning and bolstering cooperation between partners.”

Around 50 aircraft of various types will be participating in the exercise. The RAF say that the exercise will take place from the 1st-20th of September and will be controlled by directing staff at RAF Waddington.

Is that a Vulcan in the background of the picture above? And why is that Israeli jet taking off or landing on grass…

Cam, Yes it is a Vulcan. XM607 is the Squadron Gate Guard at Waddington, she was the first airframe that bombed the runway at Port Stanley during the Falklands War. Waddington was XM607s home base. As to your other question, The Israeli F-15 is landing on the runway (Speed brake deployed and Tyre smoke visible) but the camera position and long grass creates an optical illusion.

Ah right, thanks, it is a total optical illusion.

Puff of tyre smoke too, unless that’s some dodgy grass 😉

A good chance to see the entire operational Luftwaffe in action ?

How vigorous are the pilots allowed to be during these?
Are they allowed to go all Top Gun levels of dogfighting or is it all highly organised and designed engagements?

I’m assuming the Brits have contracted a private company to provide red adversary aircraft for this exercise. Like most professional adversary pilots they will do their best to simulate how a potential enemy would engage the blue forces. These exercises stress how aircrews work as a team to accomplish a set goal and has nothing to do with seeing who’s the best at ACM. That’s only Hollywood stuff.

The exercise is designed to replicate a realistic threat scenario. So shooting missiles at each other over distance and then closing for short range missiles depending if the pilot believes they have the advantage. The opposing red team is partly made of 100 Sqn Hawks and Cobhams Falcon 20s. The Falcon 20s do all the beyond visual range (BVR) missile engagements and active jamming/spoofing, whilst the Hawks do the knife fighting. The Falcons can mimic pretty much any aircraft’s radar, missile and electronic countermeasures system. They are a very tough competitor and generally get a number of kills themselves. They… Read more »

Thanks for the great replies Dan and DaveyB :-).