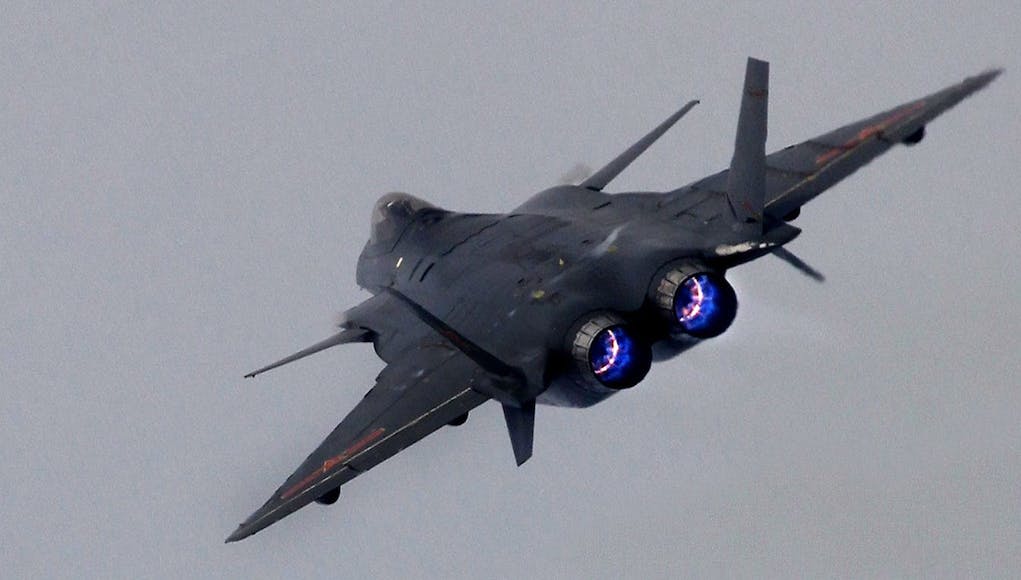 The news comes to light after an announcement by the military channel of China Central Television last week.

Based on initial photographs with focus on the aircraft’s size, early speculations referred to the J-20 as an F-111 equivalent with little to no air-to-air ability while others saw the J-20 as a potential air superiority fighter once appropriate engines become available.

More recent speculation considers the J-20 as an air-to-air fighter with an emphasis on forward stealth, high-speed aerodynamics, range, and adequate agility.

The first test flight of the aircraft coincided with a visit by United States Secretary of Defense Robert Gates to China, and was initially interpreted by the Pentagon as a possible signal to the visiting US delegation. Speaking to reporters in Beijing, secretary Gates said:

“I asked President Hu about it directly, and he said that the test had absolutely nothing to do with my visit and there had been a pre-planned test.”

In April 2009, a Wall Street Journal report indicated that, according to the Pentagon, information from the Lockheed Martin F-35 had been compromised by unknown attackers that appeared to originate from China. There is some speculation that the compromise of the F-35 program may have helped in the development of the J-20.

no tankers and the raptors will become pretty useless pretty quickly… thirsty fighters cant go very far on their own.

even if they took heavy losses i expect that’s a trade-off china would be happy to pay.

In April 2009, a Wall Street Journal report indicated that, according to the Pentagon, information from the Lockheed Martin F-35 had been compromised by unknown attackers that appeared to originate from China. There is some speculation that the compromise of the F-35 program may have helped in the development of the J-20. – this is what you call taking undue credit. If China can create the world’s fastest supercomputer without using U.S. parts, the world’s first Quantum satellite, the world’s first atomic space clock, what reason its there to believe China developed the J20 using hacked data from the F35.… Read more »

As a big interceptor, it will probably serve well.

As a fighter, I think it will struggle quite a bit.

Truthfully Joe – a nice looking plane but what will make it a winner will be the avionics suite and its data fusion capabilities. Here, the West is way ahead of the Chinese. Having said that, they did hack the F-35 program so it might surprise. Still, my money is on the Raptor any day of the week! I’d also love to put the Typhoon above it too but this might be a stretch – although its PIRATE is pretty darn good and those are two awfully hot looking engines!!!

Eurofighter with AESA radar suite will eat this at BVR, then up close Eurofighter will win with a kill ratio of 3:1 probably. J20 looks impressive but underneath i suspect its architecture is based on sukhoi SU30/31 series

From your comments, i don’t think you guys know stealth fighter well, you have no experience, no idear, no correct conception of J20, even F22. try to learn chinests and then google “YST 漫谈隐形战机”. the real world wecomes your british brain.