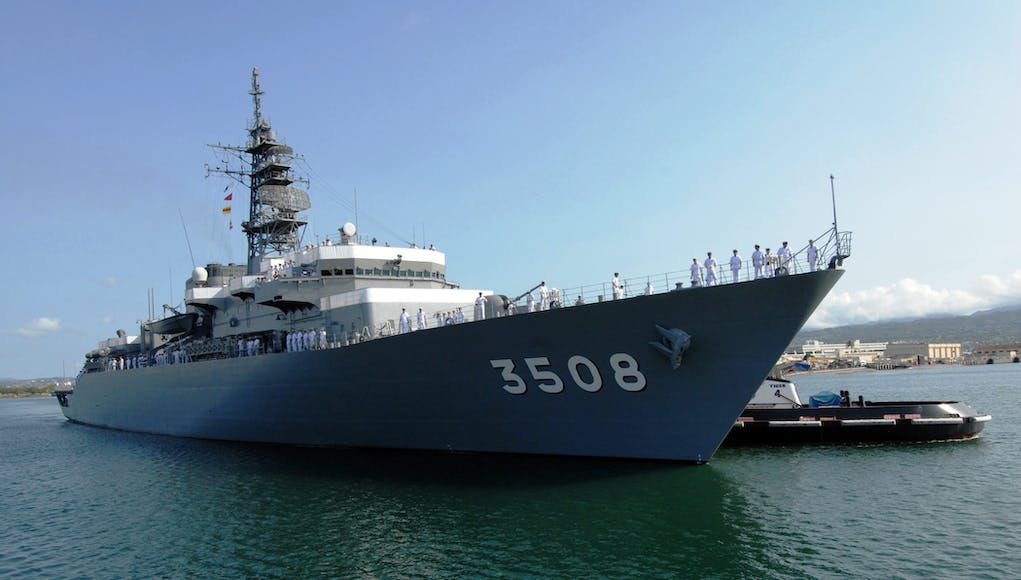 A Japanese naval vessel has visited London, the first Japanese ship to do so in a significant period of time.

JDS Kashima is a training ship of the Japan Maritime Self-Defence Force (JMSDF). Built to a unique design during the mid-1990s, Kashima is flagship of the JMSDF Training Fleet.

The name Kashima comes from the famous Shinto Kashima Shrine in Ibaraki prefecture, located to the northeast of Tokyo.

Four saluting cannon are also carried. Kashima has a ship’s company of 370, including officer cadets. Cadets are accommodated in two-person staterooms, allowing cadets of both sexes to train aboard the ship. The open aft deck was designed for use as a ceremonial and exercise assembly area, but can be used as a temporary helicopter landing zone.

In July 2000, while visiting New York, Kashima was involved in a minor collision with RMS Queen Elizabeth II.

The collision left a long scratch down the flank of the liner, and a dent in the warship’s hull.

The Japanese took the incident with good humour, with a Japanese admiral onboard commenting “it was an honour to be kissed by the Queen Elizabeth”.

How exceedingly funny – not!

“….in a significant period of time” is that journalise for “we’re not really quite sure when”. Lol ? (I wouldn’t blame you if that’s true)

There are three separate dates, we thought best to be more general.

Which are the dates?