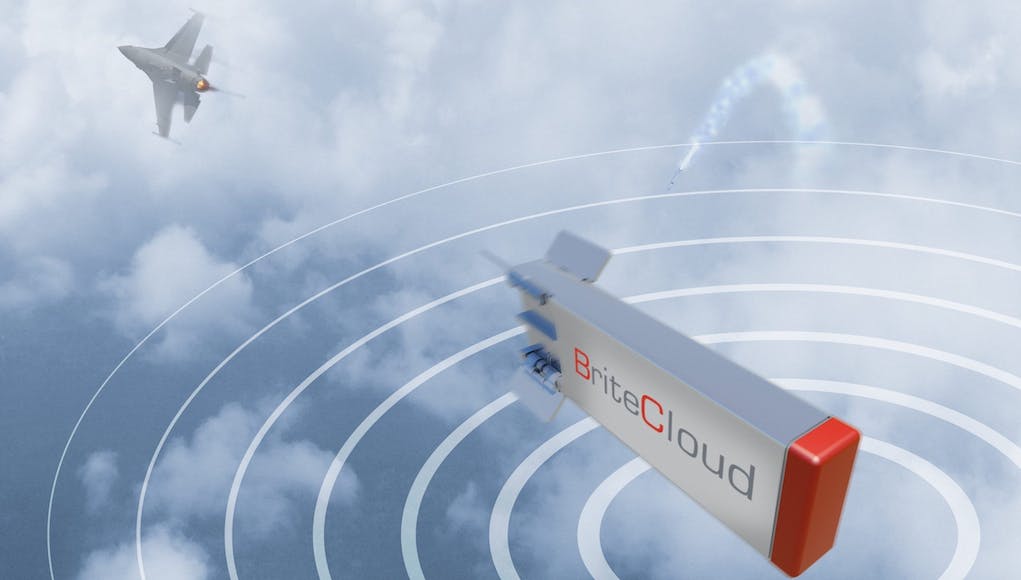 Leonardo has launched the new version of its BriteCloud decoy for fast jets, called BriteCloud 218, at the Electronic Warfare Europe event in London.

According to a press release received by the UK Defence Journal:

“BriteCloud is a compact radio-frequency device that is launched by a fast-jet pilot when facing attack from radar-guided missiles. Once launched, it creates powerful electronic emissions that create a ‘false target’ and draw enemy missiles away from the real aircraft. The decoy is dramatically more effective than traditional chaff countermeasures (radar-reflecting foil) and its on-board computer uses the latest electronic warfare frequency-spoofing techniques to protect pilots from even the most sophisticated modern missiles. Leonardo is the only company in the world to have successfully tested such a system on live trials.

The launch of BriteCloud 218 follows a trial of the system with the Royal Danish Air Force (RDAF) on one of their F-16 aircraft. The BriteCloud 218 fitted directly into the F-16’s standard flare dispenser with no integration work required. During the mission, the RDAF F-16 dispensed BriteCloud 218 in response to being locked-onto by a real radar-guided surface to air missile targeting system. The trial allowed Leonardo to collect essential performance data needed to complete the adaptation of the proven BriteCloud hardware and software into the new, smaller, 218 format.

Leonardo has already successfully tested the BriteCloud 55-model decoy (which is compatible with round 55mm flare dispensers) with the UK’s Royal Air Force where trials with RAF Tornado aircraft proved the effectiveness of the product. The RAF has subsequently ordered further BriteCloud rounds to develop concepts of operations (CONOPS) for the product, which is the last stage of development prior to purchasing a system for operational use. BriteCloud 55 is also offered by defence and security company Saab as an electronic warfare option on all models of their Gripen fighter aircraft.”

The new 218 model is designed to be compatible with aircraft that use the standard size of flare cartridge, such as on the F-16 and F-15.

Should be easy enough for the Russians/Chinese/whoever to scoop up dozens of these after they’ve been used so that they can be copied.

David Southern
Reply to  Will

Was thinking the same. Surely they have an answer to this?

They must have self-destruct systems immediately after use.

LOL, well if they works correctly the incoming missile will “destruct” the brite cloud for us.

As I understand it, these things are a battery, and aerial, and software on a chip, configured by the pilot \ DAS prior to launch. Im sure it will wipe itself after its done its job \ the battery runs out.

As its main job is transmitting big style, it will run out of power pretty quick. #
I suspect the components are cheap off the shelf bits.

Think it a good idea but maybe not a war winner 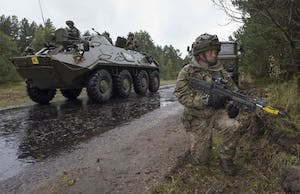