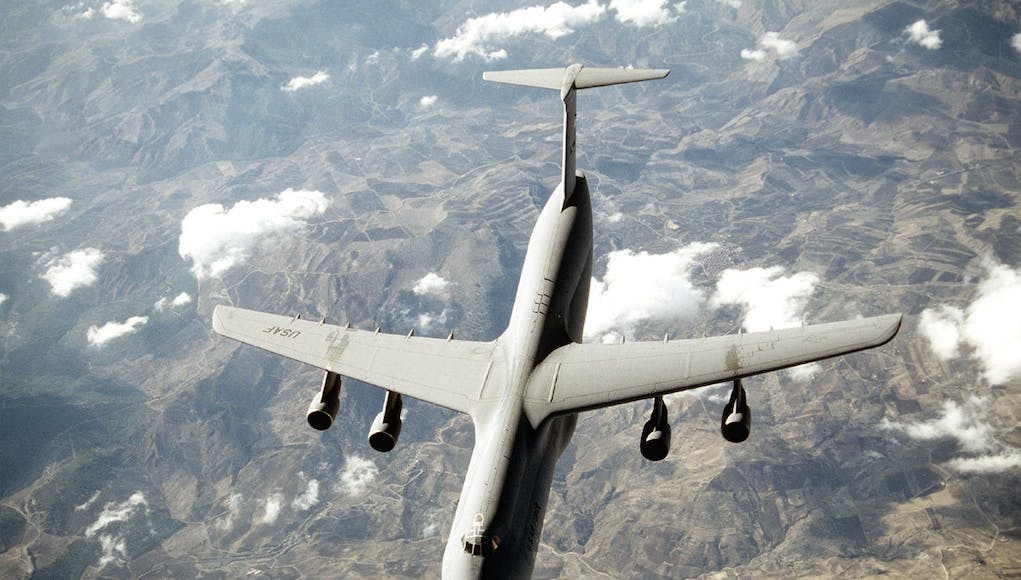 The massive C-5M Super Galaxy will be assigned to the USAF’s 433rd Airlift Wing, the US Air Force Reserve Command unit in Texas.

“The aircraft, formerly assigned to Westover Air Reserve Base, Massachusetts, was flown to Stewart Air National Guard Base, New York, for interior paint restoration and to receive its new Texas state flag tail flash prior to final delivery. It will be the fourth C-5M assigned to Lackland.

This aircraft (U. S. Air Force serial number 87-0038, company number 124) was originally delivered to the Air Force in December 1988 as a C-5B and had recorded approximately 18,950 flight hours prior to the ferry flight.

Some of those flight hours came in 2006, when Fontanella, then assigned to Travis Air Force Base, California, led a crew that flew 87-0038 around the world.”

The Lockheed C-5 Galaxy is a large military transport aircraft originally designed and built by Lockheed, and now maintained and upgraded by its successor, Lockheed Martin.

It provides the United States Air Force with a heavy intercontinental-range strategic airlift capability, one that can carry outsize and oversize loads, including all air-certifiable cargo. The Galaxy has many similarities to its smaller Lockheed C-141 Starlifter predecessor, and the later Boeing C-17 Globemaster III.

The C-5 is among the largest military aircraft in the world.

UK is fighting “a new Battle of Britain” – Defence Secretary