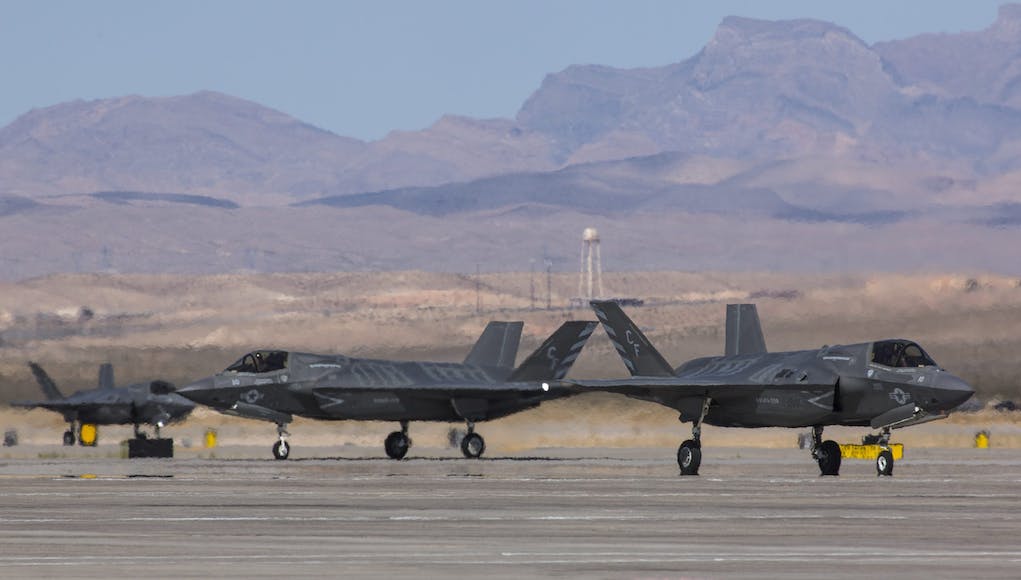 Here is the full, unabridged ‘Letter to the Editor’ of the Times from the F-35 General Manager in response to recent ‘inaccurate articles’ on the F-35.

Your coverage of the F-35, “Trouble on Deck” (July 17), does not accurately reflect the current status of the programme, the aircraft’s capabilities, nor the detailed responses we provided to your questions.

We simply do not recognise your cost estimates, nor agree with the way you arrived at them. The costs of the jet continue to fall contract-to-contract with the most recent Lot 10 contract in February representing a 62 percent reduction in the F-35A price from the first contract in 2007. The F-35B that the UK is procuring is on a similar cost reduction curve that will ultimately bring the price of a 5 th generation F-35 down to that of older 4th generation fighters.

Many of the programmatic issues raised in your coverage are historic and have long since been addressed. The performance of the F-35 speaks for itself and the best people to ask continue to be the operators and maintainers who understand the aircraft’s full potential and capability – not long time critics who have nothing to do with the programme.

For example, earlier this year the former lead of the F-35 Integration Office, Brigadier General Scott Pleus said in an interview with Business Insider that “the capabilities of the F-35 are absolutely eye-watering. The airplane has unbelievable manoeuvring characteristics that make it completely undefeatable in an air-to-air environment.”

The F-35 is combat ready and already making a game-changing difference to the defence of a number of nations. We are in absolute agreement with the assessment of Wing Commander Beck – who has had a key role in testing this jet – that it is “the best aircraft [he has] ever flown” and we are proud of the contribution the jet will make to the defence of the UK, the US and our allies around the world.

The Times article was just a collection old criticisms reheated, a hatchet job. The journalist involved clearly set out on his venture knowing exactly what he was going to write long before speaking to any of the relevant parties, his clear lack of scruples and integrity means that his work should not feature in any serious publication in the future.

What a surprise…a journalist who doesn’t understand his/her topic but what about the rest of the media picking up on this rubbish. Talk about idle!

The truth is that the number of journos who know anything about defence can be counted on the fingers of one hand. If you want to get on it’s more important to know who’s in big brother or which Kardashian is doing what to whom than about the defence of your own country.

Much of the criticism that the Times articles raised were based on a report produced by RUSI dated February 2016. The relevant points to me seem to be how the masses of data captured by the F35 is distributed to other assets. This seems to be a problem related to a lack of investment in UK infrastructure rather than the aircraft itself. For example the”wi fi” on the carrier is limited to a speed of 10 Mbps therefore any download of data from a returning F35 is going to take some time in the heat of operations when you assume… Read more »

The issue is, 10Mbs is actually quite a lot when you consider what’s being downloaded. The information downloaded, will be maybe a few kilobytes at the most. As well as that, the 10Mb data throughput can easily be upgraded if it’s found inadequate but I really doubt it will need to be to be honest.

It is my understanding that a F35 can collect 10gb worth of data for intelligence purposes.

ALIS will transfer many gigabytes of data on every single flight.

Newspapers once relied on copy sales to prove their importance, but now they are nearly all dependent on on-line readership, they are more likely to turn out click-bait . A well thought out, accurate piece will get fewer links than the garbage that most of them now churn out.

Geoffrey Roach
Reply to  Bloke down the pub

There is an old saying in the news trade ” dog bites man ” is not news but if the man bit the dog….?

Sadly, once the bastion of informed and measured news and opinion our news, newspapers and media have increasingly become full of ‘Fake news’, celebrity rubbish and sensationalism. This has impacted on their reliability to fairly report facts and assist us all in forming a reasonably informed opinion – such a pity. Eventually this will surely lead to their demise and closure! In this case, I value the comments of the aircrew and maintainers of the F35 as the ‘press’ have little of interest to add!

Mr Babione, Im sure as an intelligent man you would know that the Times is just as capable of producing unfounded garbage as our so called sensationalist Red Tops that is tabloid newspapers. Disappointing for us Times readers as we always hope they will report responsibly.
I wonder if they printed your responce , if they did I have,nt seen it Would,nt be surprised

Oh look, did a British newspaper stick one its green interns on the defence desk again.

You’ll struggle to find any serious defence reporting in a British newspaper thesedays.

By “We” you mean, the ‘momentum’ mob who have taken over Labour.

Worry not Jeremy, the UK will also be purchasing a number of long range coastal patrol aircraft.

Actually, I haven’t worked out where TH is coming from yet. His/her basic principle seems to be that the UK should not try to be a global policeman and as such should cut all funding for expeditionary operations and concentrate on home defence. That could actually be taken as an extremely Trump-like “America first, America first, America first” philosophy. To hell with the rest of the world and trying to play our part in making it a better place. If another Holocaust happens then as long as the nasty people only slaughter innocents abroad and we are well defended and… Read more »

Or….. or the reality…. just a Momentum troll

You need to get out more, Th ,P8,s have been ordered at last for Maritime duty,s You seem to have your thoughts scrambled , F35,s
are for air superiority.Lie down and have a rest