MBDA and PGZ have unveiled an air defence solution that features MBDA’s CAMM iLauncher integrated with a Polish Jelcz 8×8 chassis.

According to the accompanying news release, the two parties also re-confirm the will expressed in the Strategic Partnership Agreement for Missile Technology signed February 2017 between PGZ-MBDA for co-operation on missile programmes.

“Based around the CAMM family of interceptors, the MBDA proposed co-operation contains a very high level of Polish content and will see extensive transfer of technology and know-how with both the missile and iLauncher being progressively built in Poland. If selected the joint PGZ-MBDA solution offers the best solution for Polish industry and sovereignty.” 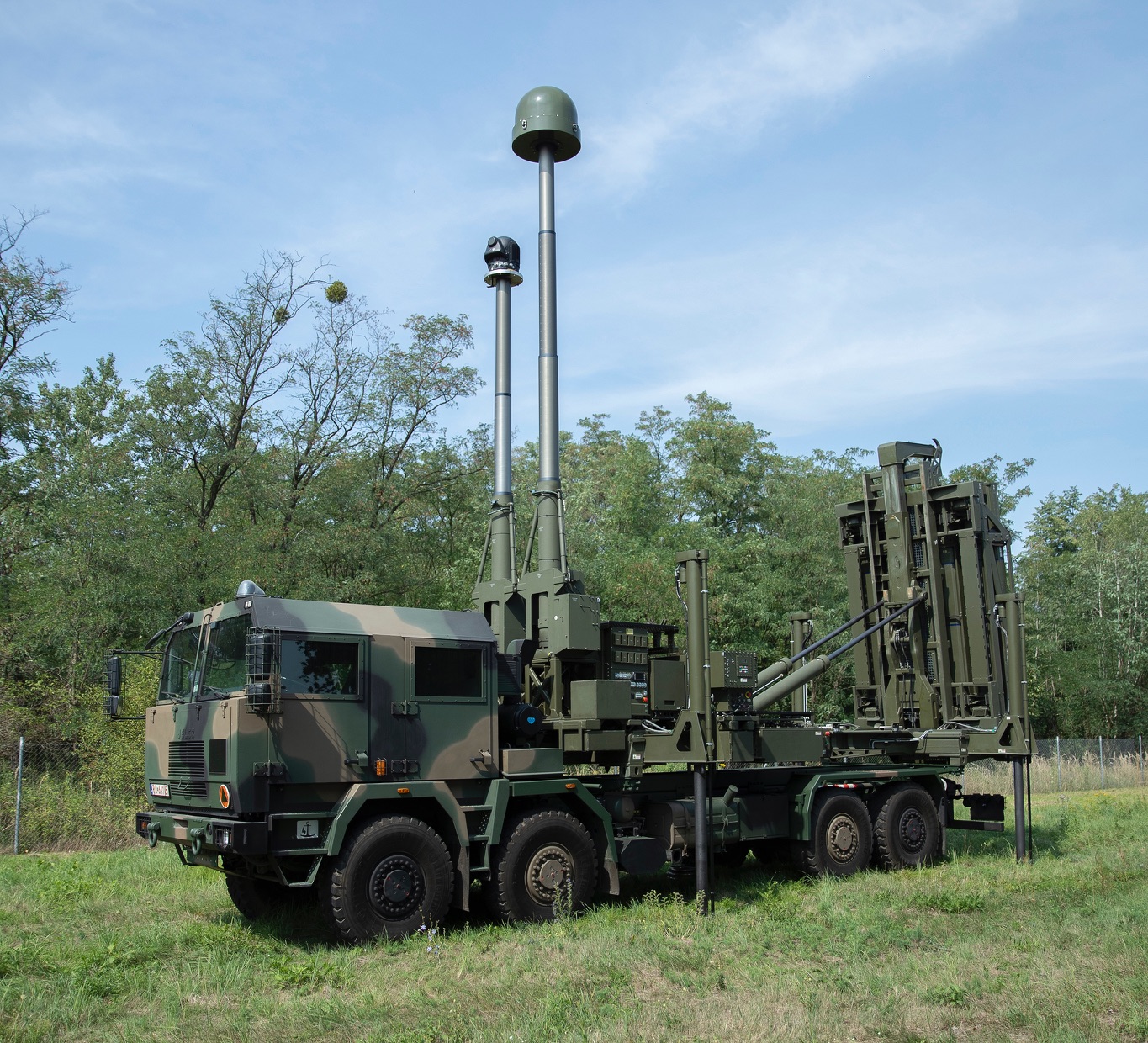 “Implementation of the Narew programme by PGZ is fundamental for our future and the security of Poland. This is why we are demonstrating that there are no limitations for us in foreign co-operation. By joining our competences in communication and command systems, which are key for air defence, with our foreign partners’ missile technologies, we are ready to deliver a final product to the contracting party in a short time.”

“This further deepening of the relationship between PGZ and MBDA is a great success for European defence co-operation. CAMM provides the Polish military and Polish industry with the best capabilities and technologies available on the world market, and the benefits of a true, European, partnership on missile technologies. Co-operation on CAMM is key to enabling deep co-operation on further missile programmes.”

The firms also say that the CAMM family represent the latest generation of air defence technology. Utilising an active radar seeker and soft-launch technologies, CAMM is able to rapidly defeat large numbers of the most challenging modern air threats and is suitable for both land and maritime applications.

Good news hopefully some money comes the uks way. The UK needs a lot more of these and should really be looking at Aster 30 system as well. We never seem to take GBAD seriously enough.

Looking at these launchers I’ve always thought if Queen Elizabeth class were to get CAMM maybe these would be better than vls one either side – less likely of interfering with air traffic?

Yes, you would think so. Most anti-missile missiles do an initial ballistic path when fired. This enables them to have a longer range and still give it some kinetic energy when falling on to a target for low to medium threats. For high to vertical targets the missile follows a more direct path. I know we have discussed the pros and cons of fitting some form of missile defence to the carriers. The main issue is that when the missile is launched, it breaks through an environmental seal, this breaks up and goes everywhere. Also with missiles using a booster… Read more »

There also looks sufficient space on the side decks of Queen Elizabeth class with access for reloading etc. Hopefully, this is at least under consideration for a UOR at the very minimum, but would like to see them fitted.When you have multi billion pound assets, never mind the crew or F35b you need to give them the best protection. I’ve not heard anything on an anti torpedo system either is one fitted? If not hopefully planned.

Simon the RA are getting the same system, CAMM just fitted on different vehicle. Much better than Rapier, but as normal, not getting enough systems, initial estimates for 3 Batteries worth, and keeping Starstreak on Stormer, in 3 Batteries.

Your about 5 years late with that info fella.

If both are reducing to 3 that’s really bad news. There should be minimum of 4 deployable batteries in the HVM Regiment so each of our 2 armoured and 2 strike brigades have a dedicated battery! Even that minimum leaves 16AA without, and there’s a dedicated AD Battery for them too currently.

Any info on the number of CAMM being procured?

I will check but I have been informed that they are in a bit of a state of flux at the moment, as CAMM isnt a stand alone weapon and is best utilized with Giraffe etc! The increased range had brought in new SOPs, tactics, etc etc. The questions being asked are the usual ones, reduce number of Batteries, increase the number of firing posts per Bty, reduce operational equipment and have a number in “storage”, farm out some of the kit to the reserve AD units etc etc. Manpower is tight as a ducks arse, and like the light… Read more »

Cheers mate. Good reading and agree with your points.